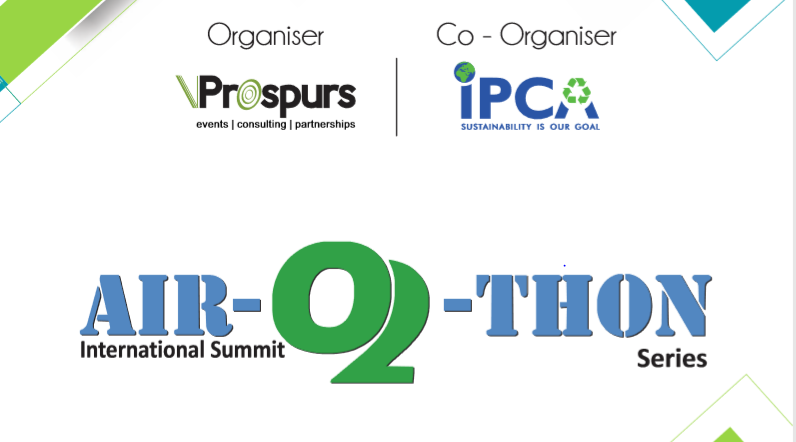 About 92 per cent of people worldwide breathe unhealthy air, resulting in approximately 6.5 million deaths annually, as per the latest WHO report. Air Pollution is a growing global challenge – trying to tackle the issue lead us to the inauguration of SIE – the Society for Indoor Environment, in the 2nd edition of the Air-O-Thon Series. Now, the 3rd series of the Air-o-thon, themed “Bengaluru’s Toxic Air”, will take place in Bengaluru on 31st August focusing on the alarming rise in air pollutants in Bangalore’s toxic air. The Airothon conference will continue to be the national sharing hub for finding solutions to the air pollution problem.

Over the past two series, the prominence of indoor air quality as a key issue has increased- as it is necessary for achieving the goal of breathing cleaner air and to reduce the health impacts of polluted air in all regions of India. The previous editions of the Air-o-Thon revealed the complex nature of air pollution which involves numerous physical and chemical interactions, emphasizing the need for bringing together stakeholders from research and academic organizations, health experts, policy makers, government officials, industries and other stake holder communities, to discuss the latest researches, discoveries, new technologies, and highlight their important implications for policies and users.

The conference, organized by Prospurs Events in association with Indian Pollution Control Association (IPCA), will deliberate on the following points: 1) Air Quality Problem in Bangalore and other cities of Karnataka; 2) Solution for improving Indoor Air Quality; 3) The introduction of Low-Cost sensor for monitoring the level of air pollutants. Several prominent members are expected to take part in the conference including business and industry, research institutes, health experts, government ministries and departments, industry associations, multilateral and bilateral agencies as well as academia. 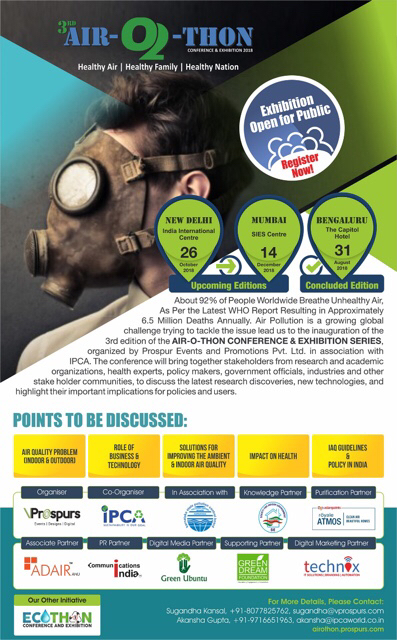 It has always been GreenUbuntu’s initiative to bring people together to combat global warming and climate change and this is perfectly aligned with this conference’s vision of creating environmental awareness through conferences, events and exhibitions. GreenUbuntu supports this initiative and is a partner. This is the 3rd edition of AirOThon, and it’s going to be held in Bangalore, followed by Delhi and Mumbai editions. After that, there will be an EcoThon in February 2019. Asian Paints is the purification partner for the event. Their paints help to reduce indoor air pollution. Reach out to the company organizing AirOThon and here is the website for more details: http://airothon.prospurs.com/. Join in large numbers.