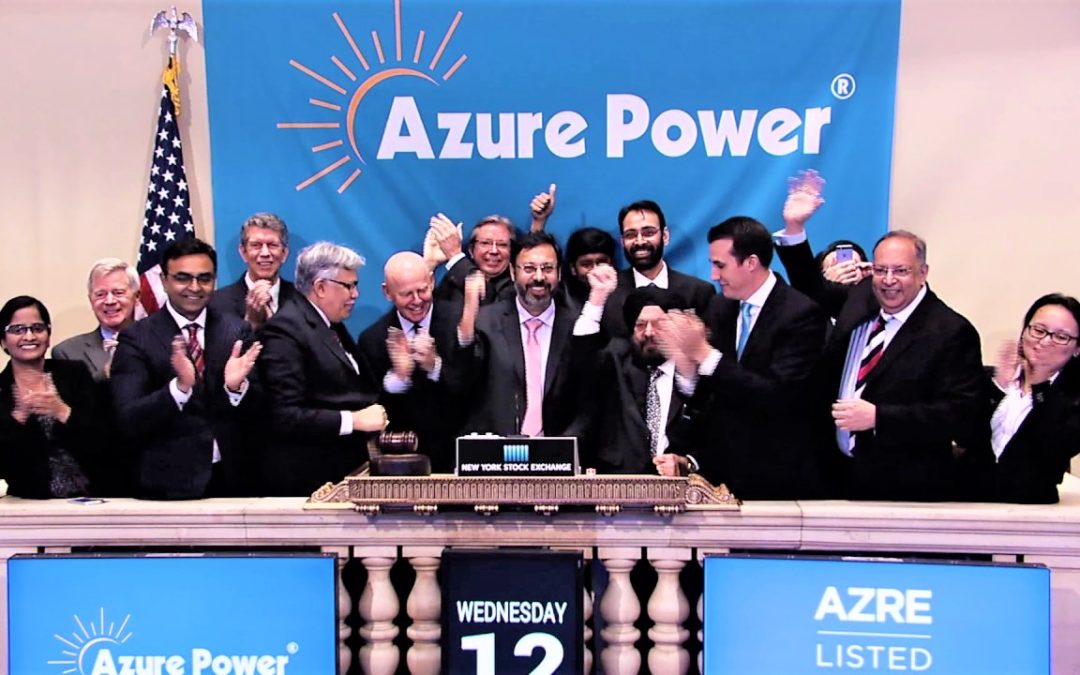 Azure Power received a letter of award (LOA) for 2 GWs of capacity under a greenshoe option that the company elected. The company has been awarded 4GWs in total as part of an auction won in December which is one of the largest solar projects ever awarded globally.

The entire project will provide electricity to about 8.5 million residents annually, create about 15,000 direct and indirect jobs and avoid approximately 200 million tonnes of carbon emissions over the life of the project, which is equivalent to avoiding ~2 GW capacity of coal-fired capacity.

Azure Power (NYSE: AZRE), a leading solar power producer in India, announced that it has received the letter of award (LOA) for a 2 GW interstate transmission (ISTS) solar power project with Solar Energy Corporation of India (SECI) pursuant to the exercise of a greenshoe option as part of an earlier 2 GW win with SECI. Under this greenshoe LOA, Azure will supply power for 25 years at a tariff of INR 2.92 (~US 3.9 cents) per kWh. The project also comes with a 500 MW cell and module manufacturing capacity requirement and Azure Power intends to partner with a domestic manufacturer for this requirement.

The combined capacity for the project is 4 GWs which can be developed anywhere in India and is expected to be commissioned in staggered annual phases of 1 GW with the first commissioning expected by 2022 and full commissioning by 2025. The power purchase agreement (PPA) allows for the waiver of ISTS transmission charges and improved protections from curtailment.

Commenting on this award, Mr. Ranjit Gupta, Chief Executive Officer, Azure Power said, “With this award, we will have a large pipeline of over 4 GW for an extended period of time which will help us drive efficiencies in our project execution and operations. This project is also a significant step towards India’s commitment to battle climate change and to reduce carbon emissions signed under the Paris Climate Change Agreement. Partnering with domestic manufacturers of solar PV modules in India as part of the project will help propel India’s solar cell and module manufacturing sector into becoming a global leader.”

Azure Power (NYSE: AZRE) is a leading independent solar power producer with a pan-Indian portfolio over 7 gigawatts. Azure Power developed India’s first private utility scale solar project in 2009 and has been at the forefront in the sector as a developer, constructor and operator of solar projects since its inception in 2008. With its in-house engineering, procurement and construction expertise and advanced in-house operations and maintenance capability, Azure Power manages the entire development and operation process, providing low-cost solar power solutions to customers throughout India. For more information, visit: www.azurepower.com.