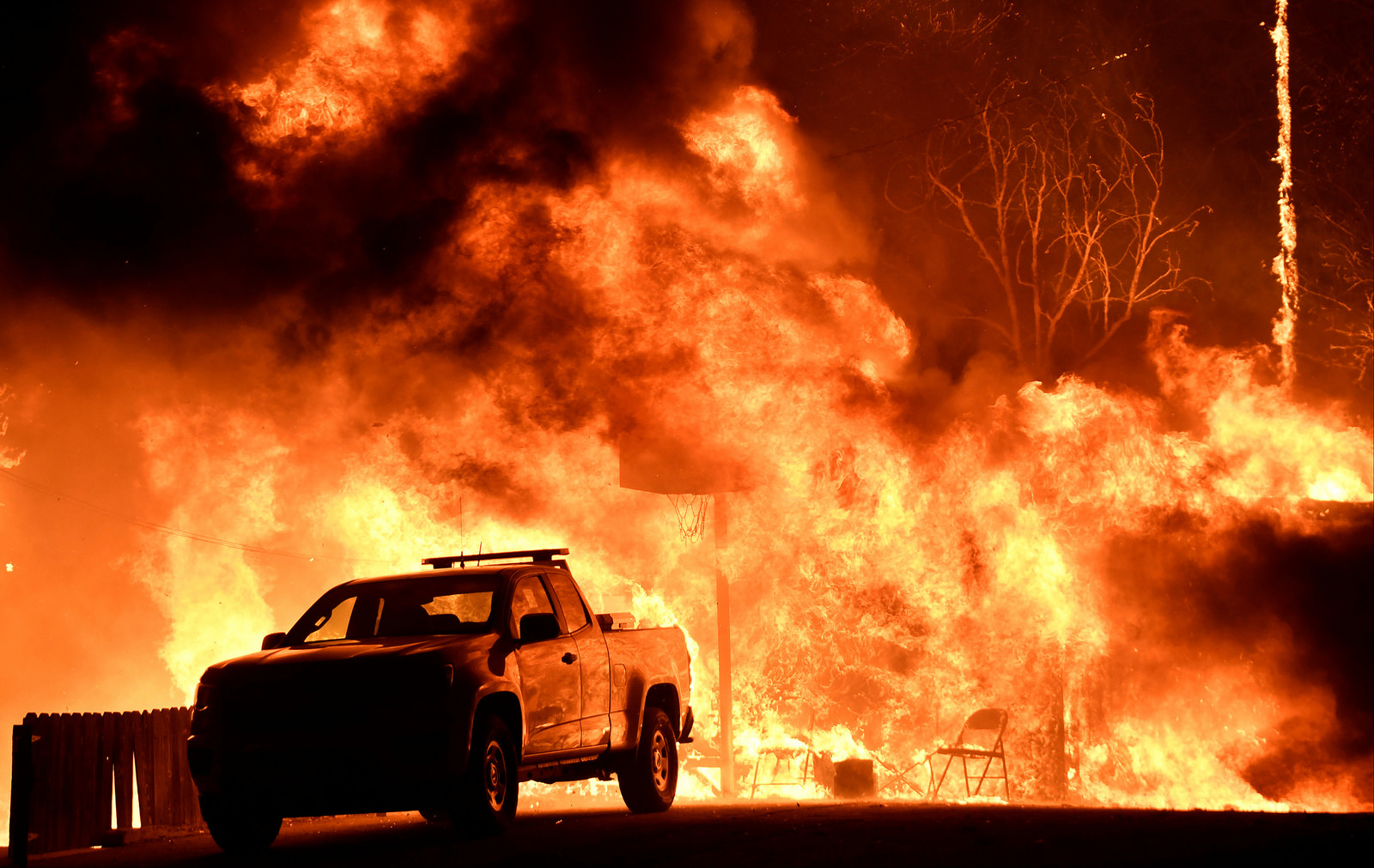 Huge wildfires are destroying Southern California. They are threatening to breach into Los Angeles as well as other cities and towns in the vicinity. California fires are starting to threaten homes in Santa Paula. Flames could be seen marching west, according to CBSLA’s Crystal Cruz. Four wildfires have brought havoc across Southern California.

One particularly big blaze, which is assessed to be equal to Denver in size is rapidly continuing to spread towards Los Angeles. Houses and estates belonging to celebrities, such as Paris Hilton, Chrissy Teigen, and Rupert Murdoch (Moraga Estate winery) had to be evacuated as the fire threatened to spread and get really close. In San Fernando Valley, north of LA, the wildfire destroyed 30 homes, incinerated over 12,000 acres, forcing the evacuation of around 2,500 homes. Another blaze, called the Rye Fire, is threatening more than 5,000 homes as well as structures that are northwest of Los Angeles (LA).

“These days break your heart,” said Los Angeles Mayor Eric Garcetti to a media house. “These are days that show resilience of our city.”

In fact, hot and dry Santa Ana winds are being predicted to fan more such relentless fires in Southern California, where hundreds of houses have already been destroyed and burned. Efforts to douse a number of fires have been hampered due to Santa Ana winds winds as the area under the fires continues to grow. Authorities fear that the four major fires, from Los Angeles on the Pacific coast to Santa Barbara County, could get further intensified due to the westward Santa Ana winds. Wind speeds are expected to reach around 100 km per hour. New fires could get started if Santa Ana winds carry embers and push flames further into the already dry landscape.

Tens of thousands of people have fled homes around Los Angeles, which is the second largest US city and lies 80 km north east of the Ventura County. Thousands of homes as well as important buildings like the Getty Museum in Los Angeles are in grave danger. California fires have by now destroyed over 6,000 structures and singed millions of acres. Around 200,000 people have been evacuated due to the California fires, which have devastated hundreds of homes. They have also forced hundreds of schools in the Los Angeles area to shut.

Montana as well as British Columbia also had the worst wildfire season ever. It seems more than ever that a warming planet lies at the root of the environmental problem. It is interesting to observe that 7 out of 10 of California’s largest wildfires have been recorded in the past 14 years. Looking at the extent and the scale of the wildfires and their alarming regularity, questions will be raised if global warming is linked to the phenomenon. A number of factors are behind the blazes in Southern California, with a connection to climate change and global warming. The fires are a direct result of climate change as California had the hottest summer on record.

Moreover, climate change-linked delay in precipitation down south kept the vegetation cinder dry and prone to fires. Late fall as well as winter rains generally put an end to California’s fire season. However, those showers have not arrived, forcing the fires to continue unabated. This is “extreme fire danger.”

“We see this wind event now that is very dangerous, very critical,” says Mark Ghilarducci, California Governor’s Office of Emergency Services head. “These winds are going to be severe”.