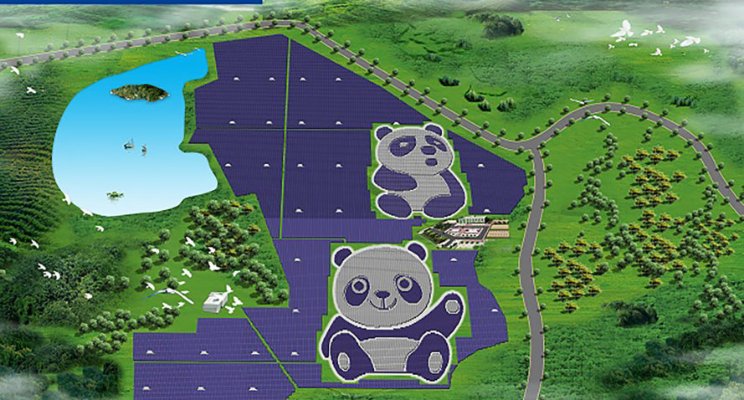 China emerges as the most attractive country globally as far as renewable energy attractiveness is concerned. After China, comes India on the second spot for renewable energy market. This is a major development as these Asian giants surpass the USA for the very first time. The United States stands at the third position. The report, Renewable Energy Country Attractiveness Index 2017, has been released by global audit and research firm Ernst and Young (EY).

“The fall—first for US since 2015—to the third in ranking of top 40 countries follows marked shift in the US policy under new administration,” says the EY report.

The EY report also pointed out the new US government’s executive orders for roll-back of several climate change policies of the previous administration. This includes revival of the coal industry in the USA as well as review of the US Clean Power Plan. These developments are the main downward pressures that are responsible for this downgrade in the renewable investment attractiveness.

The EY report goes on to say that the industry-friendly policies by governments of China and India together with the attractive economics is helping transform as well as change the critical outlook for the renewable energy market and sector. The study further goes on to add that India as a country has, in fact, moved upwards by one spot on Renewable Energy Country Attractiveness Index. The country was previously placed on the third spot for the past two years.

As the United States of America (USA) withdraws from the 2015 Paris Climate Agreement, Asian superpower, that is China, is marching toward emission reduction and control as well as other renewable energy commitments. Quite recently, the world’s biggest floating solar power plant has been set up in Huainan city, in Eastern China. The 40-MW plant is located on a reservoir and is in close proximity to this city. Offshore from Huainan, the power plant has been connected successfully with the power grid that supplies power to the city. Since it is offshore, the plant does not use any significant amount of ground space and also uses less energy than a typical solar power farm as the seawater acts as a natural coolant.

China, the most populated country in the world, is facing extremely high degrees of air pollution. We all know the kind of preparation and cleaning that China had to do to host Beijing Olympics, the world’s biggest sporting event. Some experts were even of the opinion that it would be impossible to organize the event in Beijing, one of the most polluted cities in the world. Pollution, it is estimated, kills 1.1 million people annually in the country China–such is the hazardous nature. A big reason for the deadly air pollution is the emissions emanating from automobiles, power plants, as well as coal-fed factories. China is on its way toward becoming the green superpower of the twenty first century. Solar power is rapidly becoming a key component of the Chinese strategy. Similar projects keep coming up all across the country.

The Indian Government‘s novel initiative to build around 175 Giga Watt of energy generation through the use of renewable sources of energy by the year 2022 is adding to its attractiveness as a viable destination for renewable energy sector. Also, its pledge to get around 35% of installed capacity through green energy by the year 2040 is another factor that is helping the country’s march to the second spot on the list of renewable energy market, says the report. The list further elaborates that India has added more than 10 GW of installed solar capacity in the last three years, making it an attractive renewable energy market. Also, the government is helping in incubating green energy startups and entrepreneurs.

“In medium term, as renewable energy penetration rate increases, the Indian Government will have to turn attention to ability of India’s grid to manage the intermittent renewables, especially around evening peak, when solar availability falls away. The cost and availability of energy storage technology could dictate how close India gets to meeting renewable targets,” says Somesh Kumar, partner and leader, power and utilities, EY India.