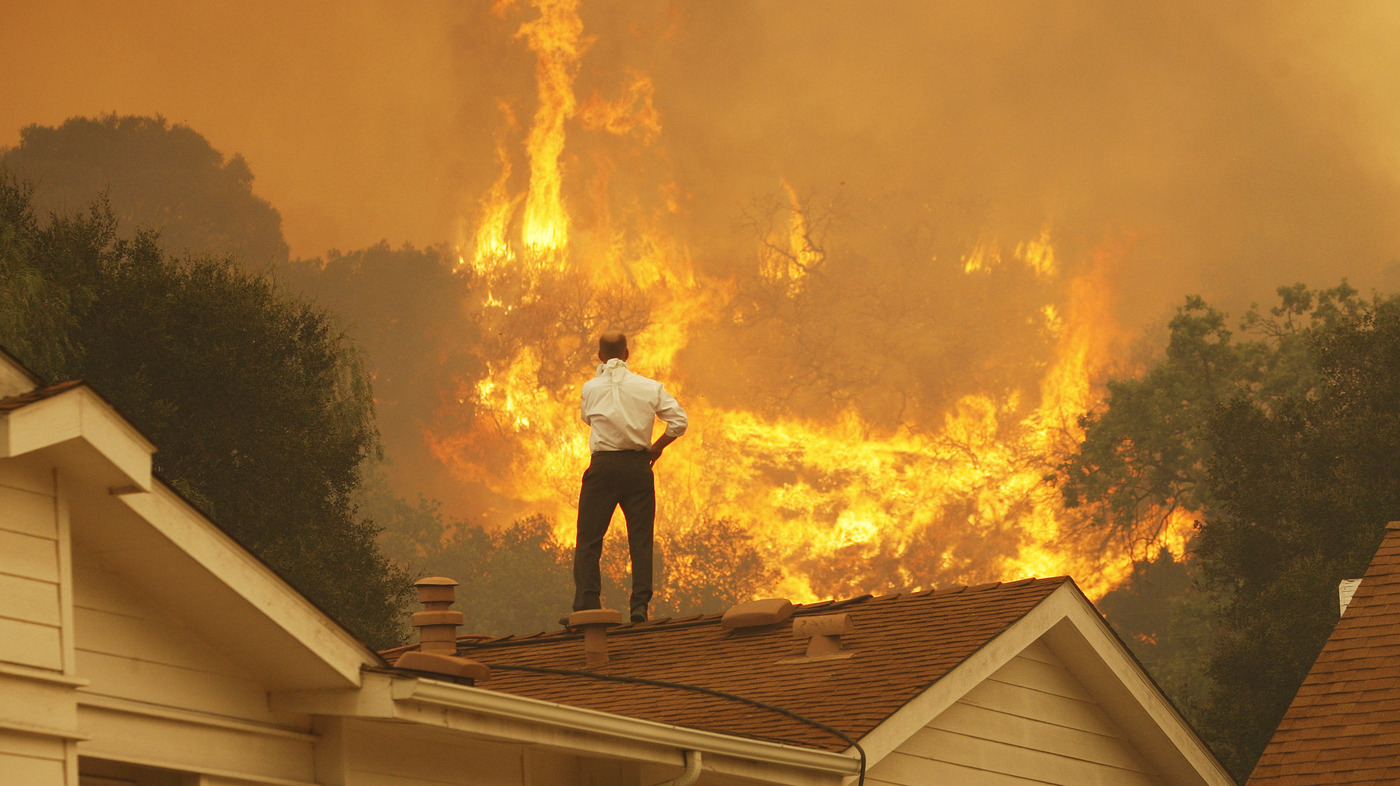 Around two dozen of wildfires have destroyed 1,70,000 acres in California this week, killing at least 23 people and gutting thousands of buildings. This is one of the worst wildfire season in the history of the USA. Thousands of the state’s residents have been compelled to flee from their homes. Hundreds of people have gone missing. The fires are mainly raging in North California. More than a dozen wildfires continue to wreak havoc throughout the region, fueled by gusty and persistent winds.

Although the exact reason for the blazes is still being investigated, there is a fair possibility that the phenomenon is being helped by factors such as global warming and climate change arising due to the activities of the human race. Thus, making it easy for the wildfires to spread.

It is actually no rocket science. Higher temperatures is the single most critical factor driving the calamity; which in turn is being helped by global warming, which spikes the chances of wildfires. Such a proposition is increasingly being seconded by a burgeoning group of researchers. Hotter air sucks out moisture from trees, plants and soil; thus, enhancing what scientists call fuel aridity. This creates conditions ideal for the blazes. Other factors related to the climate also contribute. This includes reduced rainfall and depleting mountain snowpack. The Californian wildfires must be analyzed in the context of the drought that destroyed millions of trees in the state. This built up enormous quantity of fuel that was waiting for a spark. Moreover, the blistering and dry summer season shot temperatures across the state.

Several researchers, such as those from Stanford and who have studied the links between climate change and single extreme events, say that the global warming which is brought on by human activities “very likely” contributed to the state’s recent 5-year drought.

Recently, Hillary Clinton too has spoken about how climate change is fueling the spate of hurricanes and California wildfires that hit the country recently.

“I drove here and I know about what’s going on with these terrible fires in Sonoma and Napa and across other parts of northern California and I just want to express my deep sympathy to everyone,” said Clinton at the University of California, Davis.

“It’s been a tough couple of weeks with hurricanes and earthquakes and now these terrible fires,” said Clinton. “So in addition to expressing our sympathy, we need to really come together to try to work to prevent and mitigate, and that starts with acknowledging climate change and the role that it plays in exacerbating such events,” she said.

Climate change and global warming behind Hurricane Harvey and Irma?

Recently, Hurricane Ophelia hit Ireland, killing people and resulting in damage worth millions. Tropical cyclone Ophelia had winds blowing over 90 miles an hour. Ophelia is the tenth Atlantic storm this year to develop into a hurricane or cyclone. After 1893, this is the first time that a number of storms have developed into hurricanes. The number could increase as the hurricane season is not yet finished.

Several Atlantic hurricanes reached the USA, leaving dozens dead and causing damage worth billions of dollars. Though Ophelia did not reach America, others like Hurricane Harvey, Hurricane Irma, Hurricane Maria, and Nate did. The United Statesand the Caribbean were hit by two severest hurricanes in history: Hurricane Harvey and Hurricane Irma. The hurricanes caused a humanitarian crisis in the Virgin Islands and Puerto Rico . The storm season is taking place after years of dormancy. No big hurricane with wind speeds upwards of 111 mph has struck America since 2005.