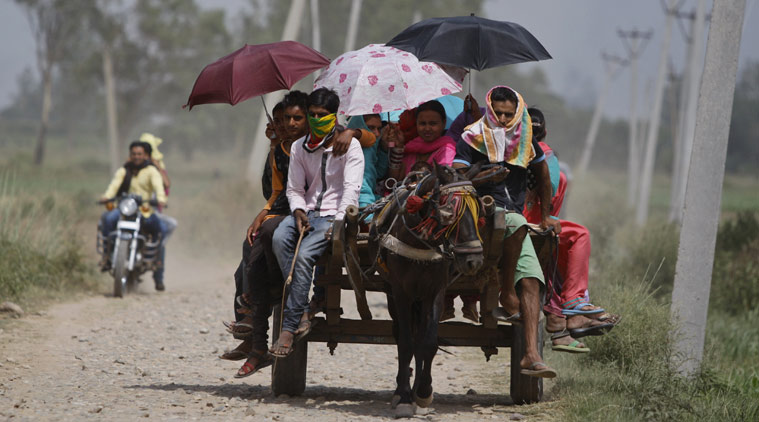 Climate change trends are responsible for the global heat record of 2016, which included extreme heat waves in Asia as well as warmer waters off Alaska’s coast. The warming is purely triggered by the fact that the planet is becoming hotter due to human activities such as burning of fossil fuels, says a study.

This is first time global scientists have been able to identify severe weather that couldn’t have occurred without climate change, says the report entitled ‘Explaining Extreme Events in 2016 from a Climate Perspective.’

Till date, human-driven climate change trends had always been held responsible for increasing the possibility of droughts, floods, storms and heat waves. However, it had not been considered as the sole reason for the phenomena.
‘This report marks fundamental change,’ says Jeff Rosenfeld, editor-in-chief of the Bulletin of the American Meteorological Society—the organization that published the peer-reviewed study.

The study includes 27 reviewed analyses of extreme weather phenomena across five continents as well as two of the world’s oceans. As many as 116 scientists in total from across 18 countries took part in the exercise. They incorporated and utilized historical observations as well as model simulations to assess the role of climate change in about two dozen extreme weather events.

‘For years, scientists have known that humans are changing the risk of some extremes. But, finding multiple extreme events that were not possible without human influence makes it clear that we are experiencing a new weather because we have made a new climate,’ says a scientist.

In the year 2016, the Earth shattered all previous records for global heat, thus making it the hottest year of modern times. The global record surface temperatures were ‘possible due to substantial centennial-scale anthropogenic warming,’ says the study.

Regions in Asia experienced unimaginable heat waves. India had a major heat wave which killed 580 people in the summer season. Thailand created several new records for energy consumption as the population used air conditioners en masse in order to cool off.
Researchers concluded that the tropical Pacific Ocean warming due to El Nino was not responsible for the unexpected heat, as was being predicted earlier.

“The 2016 extreme warmth across Asia wouldn’t have been possible without climate change,” says the study, reported by AFP. ‘Though El Nino was expected to warm Southeast Asia in the year 2016, heat in the region was unusually widespread,’ added the report.

Same with the Gulf of Alaska, Bering Sea, and northern Australia: water temperature was highest in the 35 years of satellite records. The ocean warming led to ‘massive bleaching of Great Barrier Reef and one of the largest harmful algal blooms ever off the Alaska shore,’ says the report. ‘It was extremely unlikely natural variability led to the observed anomalies.’ Sub-Arctic 2016 warmth also ‘cannot be explained without anthropogenic climate warming,’ pointed out the report.

According to a report by the US government, it is ‘extremely likely’ human-induced activities are a ‘dominant cause’ for climate change and global warming, in the biggest study done by climate scientists and US researchers. The report points out the last 115 years have been ‘warmest in the history of modern civilization.’ Global temperatures spiked by 1.8 degrees Fahrenheit. Greenhouse gases, industry emissionsas well as agriculture are biggest contributors to global warming.

The Climate Science Special Report is part of larger scientific review known as fourth National Climate Assessment. The NCA4 is most comprehensive climate science assessment. Authors include experts from scientific agencies such as NASA, National Oceanic and Atmospheric Administration, and Department of Energy.