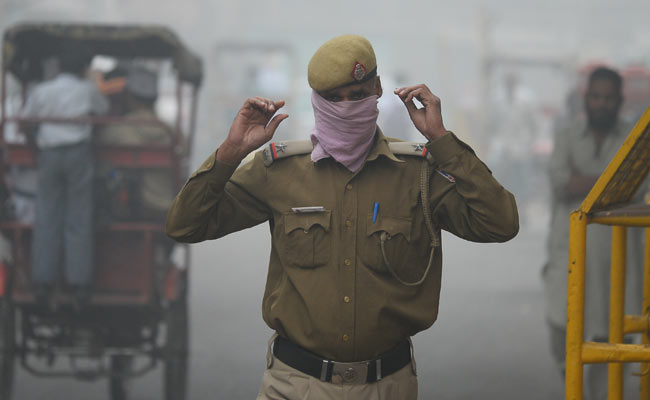 Air quality has dipped drastically in Delhi and its effects on the citizens are all too visible now. The number of people with respiratory diseases reporting at the city’s various hospitals has risen by as much as three times or 300%. Patients have been complaining of diseases like bronchitis, asthma, watery eyes, among others. In the last 10 days, hundreds of patients suffering from the double whammy of respiratory ailments and hazardous air pollution have been affected with pneumonia or they have been suffering from severe asthma attacks along with other life-threatening conditions. It is Delhi choked.

Intensive care units (ICUs) in Delhi hospitals are full of patients. There is medical emergency in the national capital region. Delhi Smog is hazardous and equal to smoking 50 cigarettes every day. Fine particulate matter (PM) is record breaking with PM2.5 levels at 999. The permissible limits for PM2.5 and PM10 are 60 ug/m3 and 100 ug/m3, respectively.

“In 48 hours, we admitted 3 patients who were doing fine earlier. The patients weren’t on medication for years. Since past week, they complain of breathing difficulty, managing with nebulizers and inhalers. Their condition became worse, they caught pneumonia. We had to admit them in ICU,” said Dr. Arvind Kumar, who is the chairman of the Center for Chest Surgery at the Sir Ganga Ram Hospital.

In one of the most prestigious hospital Ganga Ram, all the 49 ICU beds dedicated for respiratory patients is now full, it is Delhi choked.

“The air is so toxic it has an acidic and metallic quality. The hazardous air has made lungs weak and people with low immunity are catching those illnesses,” said Arvind Kumar, Sir Ganga Ram Hospital.

Dr. GC Khilani, AIIMS, says: “It is for first time we are getting such huge number of respiratory patients. Many are coming with acute bronchitis and asthma attacks. They need ICU. At AIIMS, we have 9 respiratory ICU beds which are full. Needy patients are being treated in other ICUs. Patients panic, but we help them through inhalers and nebulizers.” Safdarjung Hospital has 8 bed ICU for patients with respiratory diseases. That is flooded.

For common people, breathing is a task. Smog is affecting every one: senior citizens, children, construction workers, as well as vendors. At such levels of air pollution, healthy people at homes can also be affected. Stubble burning, vehicle emissions, and Diwali pollution has made the National Capital into a ‘gas chamber.’ Air quality index is 5 times worse than the limit considered unhealthy by the Central Pollution Control Board limit. It is Delhi choked.

Air pollution is permeating homes. Delhi is the world’s most polluted city, according to a World Health Organization (WHO) survey. Delhi pollution levels exceed that in Beijing. India also holds the distinction of being No. 1 in the world as far as pollution-related deaths are concerned. According to the world’s most prestigious medical journal The Lancet, pollution kills millions every year in India. It killed 2.51 million in 2015. It is Delhi choked.