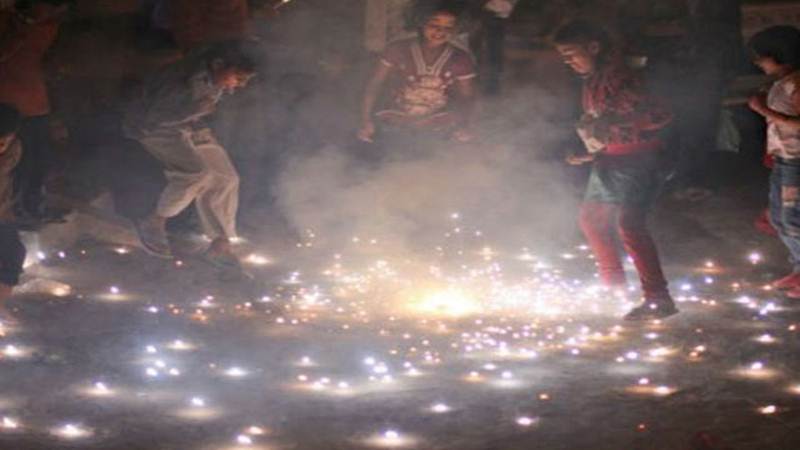 Air quality dipped drastically all across India in the wake of Diwali celebrations that included incessant bursting of fireworks. Notable cities include Delhi, Chennai, Kolkata, and Hyderabad. In Delhi, Diwali pollution reached 20 times the safety limit that has been prescribed by the World Health Organization (WHO). This happened even after Supreme Court’s Diwali cracker ban. However, the toxicity of the air was not as alarming as that of the last time in 2016. Though carbon monoxide as well as nitrogen dioxide remained restricted within safety levels and ozone was also moderate, particulate matter or small particles that are suspended in the air (PM2.5) as well as large PM (PM10) generally ranged from the “severe” to the “very severe” categories.

The Supreme Court of India banned the sale of firecrackers in Delhi to prevent Diwali pollution levels from shooting up. The National Capital Region (NCR) is one of the world’s most polluted cities. It is clear that the Diwali ban failed to prevent air quality from dipping. The slight improvement over the previous year certainly does not seem to be enough. The Air Quality Index or the AQI was 319 on Diwali night, which is the very poor category. In 2016, it had shot up to the severe level, as the AQI vroomed to 431. According to the System of Air Quality and Weather Forecasting and Research (SAFAR), ultra fine particulate matter was around 10 to 20 times the limit. In some parts such as South Delhi’s RK Puram, air pollutant levels were very high, with particulate matter (PM) much beyond permissible limits. In places such as Punjabi Bagh, it crossed 1600 micrograms per cubic meter around midnight, whereas at Mandir Marg, it was almost 1046 microgram per cubic metre around 1 AM.

Despite the firecracker ban, people across Delhi still succeeded in bursting crackers and using fireworks as the night wore on. They either used the old stock or were found purchasing them from the neighboring states such as Uttar Pradesh or Haryana where there was no ban. Environmental experts and activists felt that the prohibition was also not implemented properly making crackers still available, leading to rise in Diwali pollution.

AQI rose to around 500 points, which is dangerous, at midnight in many cities. This included cities such as Ahmedabad, Jaipur, and Lucknow. The level ranged from 250 to 400—considered hazardous. AQI above 400 is a health emergency.

#NEWSROOM #MyrRightToBreathe
Situation is much better but it is still worse. We were expecting behaved citizens last night: Vimlendu Jha pic.twitter.com/W4oxlre5nu

Supreme Court Diwali ban is not enough to save the environment

The ban had raised expectations of a green Diwali. However, it now seems that it was not enough. There needs a lot to be done if Indian cities have to be rid of their toxic environment. Air quality nose-dived as the evening wore on and the residents went all out to burst crackers. By the time, the night was over, the directive lay in a shambles, with pollution threatening to breach even the set parameters. Pollution breached levels which modern instruments cannot measure.

Common people need to come together as well as take steps for air quality. The cracker ban achieved little. The judiciary, government, and the citizenry must come together to prevent a Delhi Smog like situation. The right to breathe is a fundamental right as mandated by India’s Constitution. It is time everyone got together to ensure this.