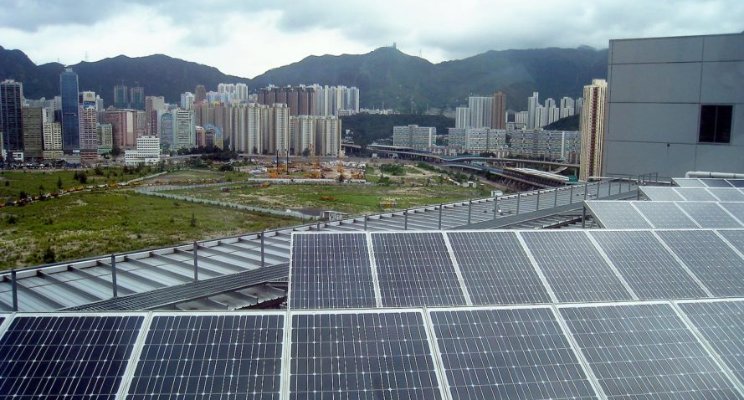 China has emerged as the largest producer of solar energy in the world. It added 34.54 gigawatts (GW) of installed capacity of 77.42 GW in 2016. The country’s National Energy Administration (NEA) has announced that in the year 2016 installed photovoltaic capacity was more than doubled. The data reveals a huge jump to 77.42 GW after the country added 34.54 GW. China’s provinces include Shandong, Henan, and Xinjiang as the ones that added the maximum amount of green solar power in their kitty. They were followed by the other provinces such as Gansu, Inner Mongolia, and Qinghai.

No wonder, China plans to add over 110 GW of green solar power between the years 2016 and 2020, according to the country’s NEA energy strategy. China’s solar plants generated 66.2 billion kilowatt hours in 2016. This translates into 1 per cent of the total power generation in the country, the NEA report says. In fact, China is well on its way to become a green energy superpower. Solar power as well as other forms of renewable energy are now becoming key components of the power strategy. A host of green projects keep coming up across the country as it battles pollution, climate change, and promises on delivering on carbon emissions cuts through renewable energy projects. Therefore, China has primarily focused on harnessing clean energy.

There are several green innovative projects that have sprung up across China. The country now boasts of hosting the world’s largest floating solar power plant. This power station has been operational in Huainan city, in Eastern China. The 40-MW solar power plant is located on a reservoir. It is close to the city. It has also been connected successfully with a power grid.

China is the world’s most populated country. It faces high air pollution that kills millions every year. This is what a Lancet Commission on pollution and health report says. In the year 2015, 1.8 million people were killed in China due to the problem. While China is number second, India is the top country with 2.5 million deaths and accounts for 28 percent deaths worldwide. The figures have been released by the world’s prestigious journal The Lancet. Major contributors to air pollution are emissions from thermal power plants, factories, and automobiles.

About 11 percent power is generated from non-fossil fuel sources in China. But the country wants to bump it up and make it 20 percent by 2030. To that end, China plans to invest over $360 billion in renewable energy projects, including solar, wind, nuclear, as well as hydropower. It currently relies on coal. Such investments help China remove dependence on fossil fuels. According to the NEA, solar projects boost economy and create over 13 million jobs.