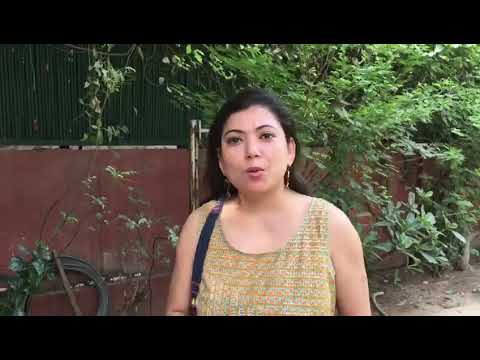 Greenubuntu Evangelist and The Tribune Journalist Smita Sharma talks about Single Use Plastics on the World Environment Day during this video clip.

• In India, total generation of plastic waste is estimated to be approximately 5.6 million tonnes per annum
• More than 15,000 tonnes of plastic waste are generated in the major cities in India every day, of which 6,000 tonnes remain uncollected and littered
• Cities like Bangalore alone generates nearly 10,50,000 KG of plastic garbage a day
• India’s contribution to plastic waste that is dumped into the Indian Ocean every year is a massive 60%
• Packaging represents the single-largest sector of plastics use and accounts for 35 percent of plastic consumption.

Of this, single use plastics are the biggest challenge. It is common across India to find sewers and drainage systems clogged by single use plastic bags which cause severe cases of malaria and dengue due to the increased population of mosquitoes that breed on these flooded sewers.

Sustainable alternatives exist but we need the political will and the people’s will to replace old practices and old solutions. You think about the number of dams that have destroyed our rivers. It causes more destruction than the benefits from it. Ill planned development exists not because of apathy but due to ignorance. If people understood the co-relation and the interdependence of ecology and environment with economy and growth and human development we would not be waging the war against nature that we waging now.

There is a need for more narratives to drive home the message of environment. That can help more people understand. To help people understand the relationship with environment and nature. If each one of us can find a way to be agents of change that will be great. We can start with stopping the use of plastics in our daily lives. Segregating our waste, carrying a cloth bag to buy vegetables and fruits and other supplies. If we start thinking of everything that we buy and consume whether it is food or drinks. Or tech or clothes. Think of where it is coming from. And where it is going to go.

Greenubuntu Evagelist Smita Sharma is an award winning Senior Journalist/Columnist and TV Commentator in India .She is currently with The Tribune as Deputy Editor and writes on foreign policy and security issues. A former broadcast journalist, she was the Foreign Affairs In-charge and Prime Time Anchor with leading news networks in India including India Today TV, Aajtak ,IBN7 and CNN-IBN in 15 years of her journalistic career covering major foreign policy and political assignments across the globe. Her columns have been published in national dailies and websites including The Hindu, The Hindustan Times and The Wire. Her reportage of the Kashmir conflict in 2010 won the prestigious Ramnath Goenka Award. Nothing beats stress better than books,bean bags, nature and good music on a long smooth drive.