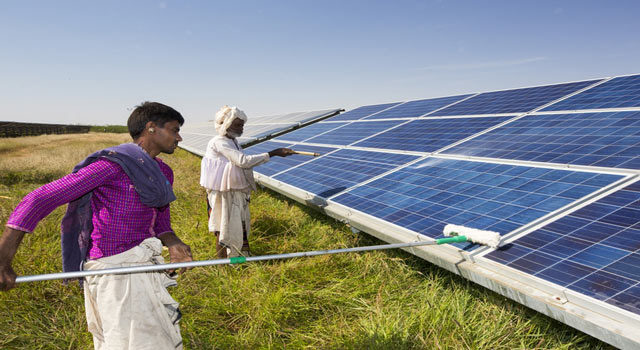 India’s pledge to add 175 Giga Watt (GW) of renewable energy, with 100 GW to come from solar energy, seems to be showing results. The ambitious targets are leading to aggressive timelines by the central as well as state governments. This has pushed the Asian giant into the limelight as far as the global solar power market is concerned. According to the International Renewable Energy Agency (IRENA), India generated more than the entire continents of North America, Europe, and Japan, as far as addition of solar power capacity during the year 2017 is concerned. This achievement is remarkable. These continents as well as the countries have many times India’s solar power capacity.

All countries in Europe have added a total of 5912 megawatts in the previous year. Japan added 7000 megawatts, which is down from 8300 megawatts in the year 2016, according to the International Renewable Energy Agency (IRENA). India has overtaken Japan as the third largest solar power market as far as new capacity addition is concerned. Moreover, slowdown in capacity addition in the USA has put India after China.

In fact, India managed to beat some developed solar power markets due to the government’s push to solar energy as a major source of electricity generation. The Central Government has pledged ambitious solar power and renewable energy targets. However, it is hard to imagine the sector can achieve its 100 GW target of solar energy out of the 175 GW by 2022. The economies of scale have made solar energy tariff and wind tariffs competitive with thermal power plants. Going from a small base to the heights that have been set may be difficult for the country.