India Pollution: Nation has 14 of the world’s most polluted cities 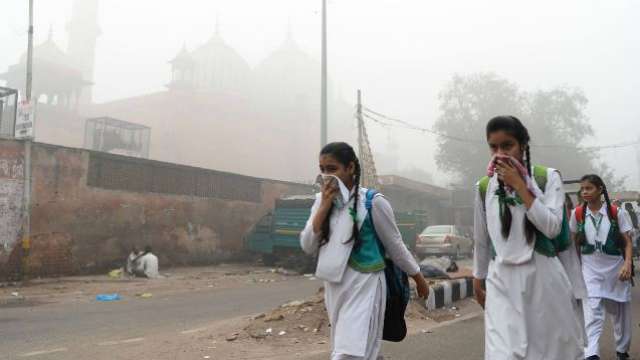 According to the latest report released by the World Health Organization, India has the dubious distinction of hosting 14 out of 15 of the world’s most polluted cities. Kanpur tops the list. The other cities are Faridabad, Varanasi, Gaya, Patna, Delhi, Lucknow, Agra, Muzaffarpur, Srinagar, Gurgaon, Jaipur, Patiala and Jodhpur. Beijing, which was once considered as the most polluted city in the world, has by now completely disappeared from the ranking and is not even among the top 20 most polluted cities. India Pollution is at its peak.

The global air pollution database of the WHO has studied more than 4000 cities in around 100 countries in terms of PM10 and PM2.5 from the years 2010 to 2016. Interestingly, Uttar Pradesh (UP) has the highest number of cities in the top 15, which is then followed by Bihar, Rajasthan, Haryana, Delhi, Jammu & Kashmir, and Punjab. The 15th city is Kuwait.

India Pollution is a horrifying story: National Capital Delhi is down from fourth position to the sixth. The WHO report also points out some significant points: breathing is injurious to health in India and the smaller towns of the country are at greater risks. One more finding is that can be drawn is that north India’s air is more poisonous than the South India’s. Air pollution is playing havoc with north Indians’ lives in several ways: from shortening lifespans to paralyzing trains and flights in the winter season to the degradation of the Taj Mahal, India’s most iconic heritage building.

Delhi has slipped to the sixth position from the 2010 ranking as the world’s most polluted city, because there was hardly any PM2.5 monitoring in the other Indian cities before the year 2014. The past year, visibility decreased to just a few feet at many places. Air pollution levels in New Delhi were hazardous. Air Quality Index (AQI) was in the ‘severe’ category in many parts of the national capital. The AQI, released by SAFAR (System of Air Quality and Weather Forecasting And Research), continues to hover in the ‘very poor’ category. PM10 and PM2.5 levels were in the region of 314 and 182 micrograms per cubic meter (ug/m3), whereas the safety limits are 100 and 60.

The air quality index (AQI) by the Central Pollution Control Board (CPCB) was 500, the maximum reading possible. This happened despite anti-pollution drives such as stopping trucks from entering Delhi, restricting car use, and banning firecrackers. The Indian Medical Association (IMA) called it a “public health emergency”, and the same as smoking 50 cigarettes a day. India Pollution has hit the roof.

Particulate matter (PM) led to people battling respiratory diseases and their numbers rose by three times or roughly 300%. Bronchitis and asthma was rampant. The Supreme Court intervened and called the situation life-threatening. Air pollution kills millions of people every year in India, says journal The Lancet.