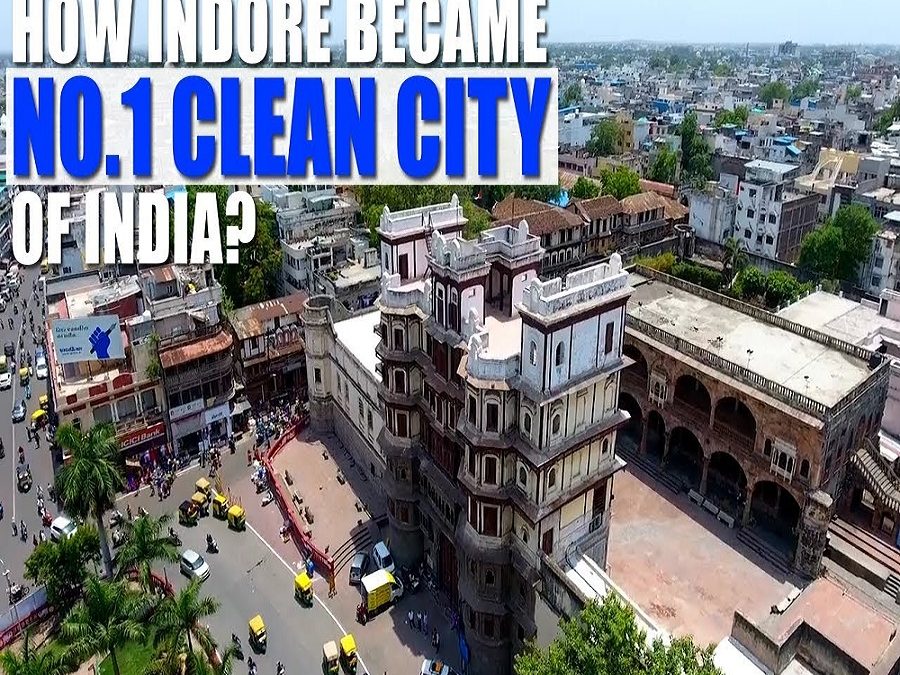 I have such fond memories of my three years stay in Indore while doing my undergrad from there. Whenever someone says Indore, I picture pleasantly cold mornings with numerous small food stalls selling freshly prepared steaming ‘poha’ served with sweet smelling ‘jalebis’ on the side. What I didn’t realize that in that picture, I also conveniently saw a large dumpster in the background and trash thrown on the ground, around the dumpster (not inside!) and basically everywhere! When did that become such a norm, that even when visualizing a fond memory, you visualize the trash behind because you think that is such a constant thing!

I left Indore in 2010 and since then moved on to different cities and now live in the US. But the spirit of being an ‘Indori’ is infectious and it simply grows on you. Recently, I came across a news article which mentioned it was ranked India’s cleanest city! I thought it might be one of those fake news. I just couldn’t wrap my head around it. How is that even possible? A city with constantly growing population, congested roads, terrible traffic, and immensely crowded markets, not just makes to the list of clean cities but tops it and becomes India’s cleanest city! I am so elated to say that I was totally wrong to doubt the news article. Indore really HAS become the cleanest city in India. And this was not an overnight thing. This was a meticulously planned cleanliness drive which was efficiently executed. Indore municipal corporation (IMC) adopted solid long term plans instead of quick fixes which made the city’s journey smooth from rank 149th in 2014 to 1st this year.

IMC emphasized on waste segregation and door to door waste collection. So, the idea is to make it a binless city by increasing door to door collection. Earlier, the residents had no choice but to throw their trash in plastic bags if the main public dumpster was full. Now, the focus is more on small litter bins for pedestrian use. The most crowded places like ‘sarafa’ and ‘Chhappan dukan’ which offer popular street food used to be the dirtiest too. Now, each shop as has two separate bins for dry and wet waste and the municipal truck comes every evening to collect the waste. The most welcome change is that now the shop owners themselves make sure that their customers throw segregated trash in the bins. Main roads are swept thrice a day and washed every night in an attempt to keep them dust free.

IMC has also made sure not just to levy fines on those who do not obey the rules, but also offer incentives for those who are doing good work. There is now a discount of 5-10% on property tax for those who install bulk waste convertors to compost organic waste. The efforts to encourage people participation doesn’t stop here. There are ongoing competitions and awards from the mayor and municipal commissioner for innovative solutions. Above all these efforts, the major credit goes to constant awareness creation campaign which continuously spread information to rural areas in Indore about the hazards of open defecation, littering and spitting and encourage them to build toilets in their homes by providing them subsidy and thus help in making India’s cleanest city. One can see slogans painted everywhere and not to mention the use of other media like FM, TV and newspaper to pass on the information and create awareness.

Most importantly, this cleanliness drive is not just an endless effort of the municipal corporation but also the result of continuous support from the people – the residents, who now take pride in calling their city as India’s cleanest city. People here, have now taken the responsibility of keeping their city-their home clean which is the hardest feeling to inculcate in the public – to treat their city as their home. The slogans like “Milkar ye Sankalp kare, Indore ko swaccha banana hai” (Let’s pledge together to make Indore clean) capture the essence of unity among the people working towards the same goal. The ‘Indoris’ now celebrate their clean city in the same way they celebrate together any cricket match won by India at sarafa! Way to go Indoris! You present a great model for other cities to follow!

I can now happily picture myself eating steaming ‘poha’ and sweet ‘jalebis’ standing on a spotless street with no garbage smell around!

Greenubuntu Evangelist Aaditi is a passionate environmentalist. She has received her bachelor's degree in biotechnology from India and recently graduated from Washington State University with a professional science master's degree, which is a blend of biotechnology, business and managerial training. She is currently working with Office of Commercialization at WSU and does patentability and market assessments for WSU inventions. She comes across new inventions on a regular basis and is interested to find more effective ways to save the environment which are widely applicable.