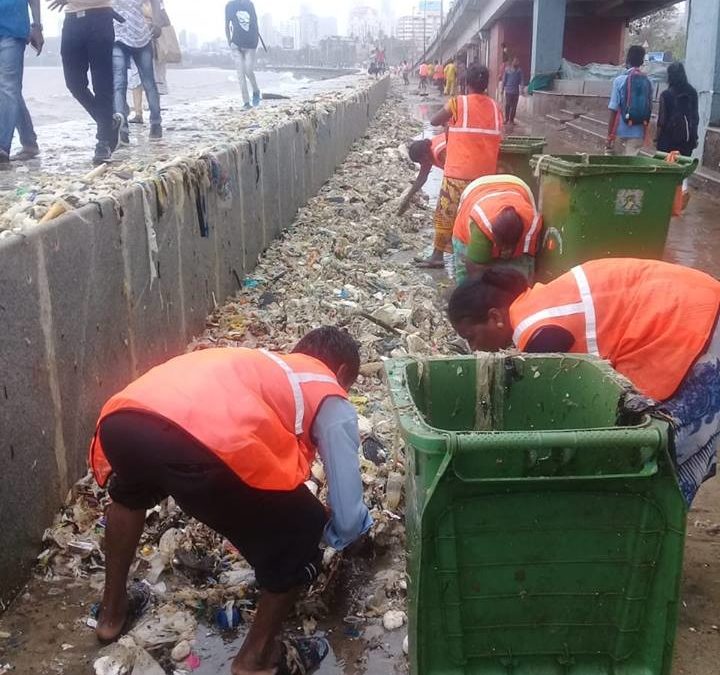 More than 15000 tons of plastic waste gets generated every day in India. Of this, 6000 tons remain uncollected as well as littered. Each plastic takes 500–1000 years to degrade! No wonder, there is a ban on plastic. Particularly after the government’s ban on plastics, several organizations have started their fights against the menace. Mission Green Mumbai, an environment NGO is one of them. They are holding a Clean-up initiative at Charkop on July 15.

“Plastics is degenerating the entire neighborhoods and we must act against them before we drown in an ocean of such materials. Reports say that there is enough plastic to drown the human race. Plastic pollution is not visible but research shows that microscopic plastic particles exist in the air throughout the world as well as in the oceans. Plastic is present in terrestrial, aquatic as well as airborne environments,” says Subhajit Mukherjee, a senior member of Mission Green Mumbai.

The NGO is an initiative led by a group of organizations, such as the Gaia Conservation Foundation, Let’s GREEN, Mission Green Mumbai, and SayTrees. The body’s mission is to encourage citizens to do sustainable living such as giving up plastics and plant native and fruit trees in different neighborhoods of Mumbai to provide a healthy green cover to the Maximum City. It has upped its ante in the fight against plastics and regularly conducts beach cleaning and other such activities to rid the city of plastics, which they claim are primarily responsible for the city’s arteries and drains getting clogged in the monsoons, when it rains very hard.

“Sustainable alternatives exist. We need political will and people’s will to replace traditional practices and solutions. Ill planned development exists due apathy and ignorance. If people understood corelation and interdependence between ecology and environment with economy and growth and human development, we would not be waging a war against nature,” says Dia Mirza, United Nations (UN) Environment Goodwill Ambassador for India. She is also a producer, director, and actor in Bollywood films.

Do the government not recognize that polluted air destroys future of children and is a leading cause of those born with heart ailments as well as lung impairments. Risk of cancer has gone up and it is connected to the air, water, and food. Why are we not doing more? Why are we not seeing that connection? Questions the NGO, Mission Green Mumbai. They have also come up with a sustainable alternative to plastic bags called Bag for Cause.