Odd even scheme? Can it control Delhi smog and air pollution? 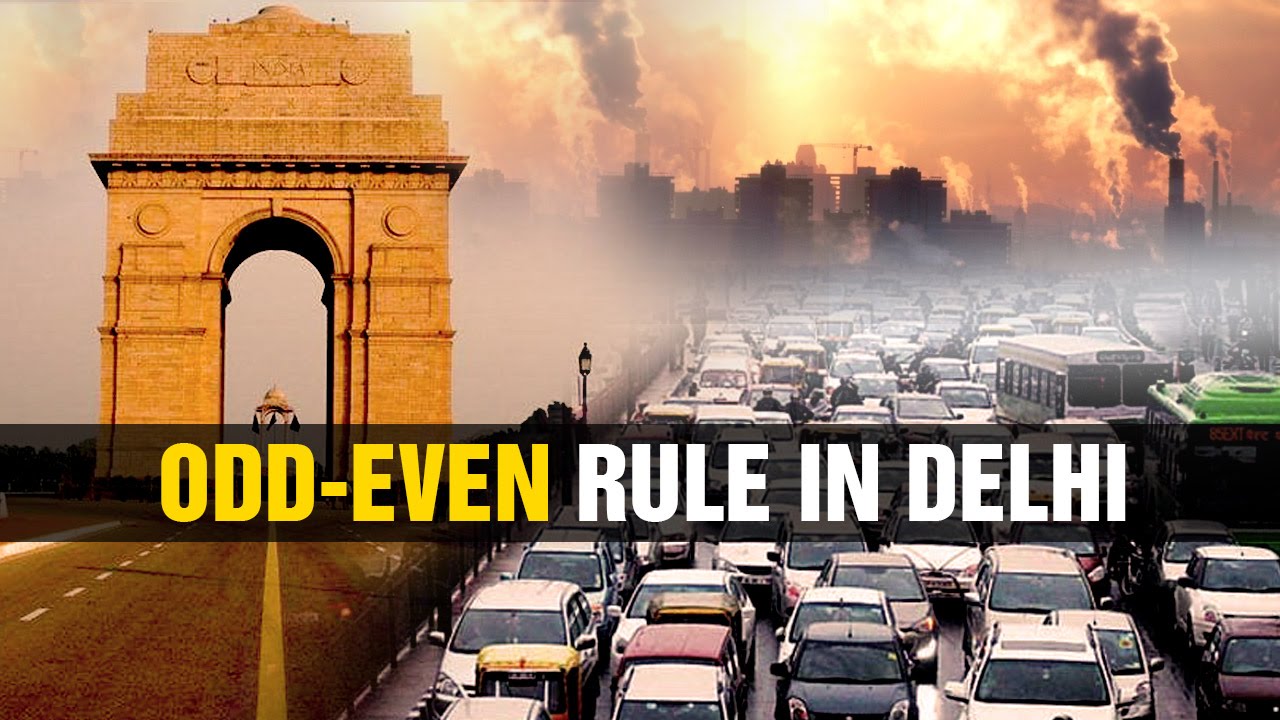 Delhi pollution has hit the roof. Stubble burning, Diwali cracker bursting, construction activity and vehicular emissions have produced a lethal cocktail. Delhi smog has turned India’s National Capital into a ‘gas chamber’. The smog has affected visibility, resulting in several accidents on the roads of Delhi. Trains and flights have been rescheduled. The deadly smog is permeating homes as well as metro stations. Breathing is difficult and it is dangerous for people with respiratory diseases and ailments. Air quality is 5 times the limit considered bad by the Central Pollution Control Board. Air quality index is ‘severe’ for the second time in 2017. Air pollution is equal to puffing 50 cigarettes a day. It is a medical emergency and the odd even traffic rule will be implemented.

Odd even rule and construction activity ban need of the hour

Surely, drastic measures have to be taken to tackle the situation. The Arvind Kejriwal government has shut schools till further orders and prohibitory orders have been placed against construction activity. The latest measure is the implementation of the odd even rule in Delhi. Air pollution levels pushed the Delhi government to restore the odd even traffic scheme from Monday. This is an emergency measure that is used only when air quality hits rock bottom and is sanctioned under the Graded Response Action Plan (GRAP). This time the odd even scheme will be enforced for five days only, that is, from November 13 to 17.

The odd-even scheme has earlier been implemented twice and is expected to remove half of the private cars in Delhi to reduce pollution from vehicular emissions. In fact, the Environment Pollution Prevention and Control Authority (EPCA), which is mandated by the Supreme Court to enforce the GRAP, has already asked the affected states such as Punjab, Haryana and Uttar Pradesh to prepare for steps like odd-even due to the crisis situation.

Will the odd-even scheme work in national capital Delhi?

According to a study by TERI (The Energy and Resources Institute), the scheme has had little impact on air pollution levels before. The TERI report says that the decrease in air quality levels for the earlier two periods, during which the odd even traffic scheme was implemented, was barely 7 and 4 percent, respectively. However, there are some who think that the scheme worked.

“My friends tell me that the odd-even initiative worked in Delhi. However, it is another matter that people started buying more cars. I don’t know if it was the right solution but somehow it worked,” says Bollywood actor and Bigg Boss Contestant Claudia Ciesla.

The EPCA has announced implementation of all the measures under the GRAP’s severe category in the entire region till further notice. The emergency steps also include closure of brick kilns, hot mix plants as well as stone crushers in the region accompanied with a ban on entry of trucks and goods vehicles in Delhi. According to the National Green Tribunal (NGT), pollutants PM10 and PM2.5, which are already high, are showing an upward trend. PM10 increased from 986 µg/m3 (microgram per cubic meter) to 1136 µg/m3, whereas PM2.5 increased from 420 µg/m3 to 760 µg/m3. The acceptable limits are 100 and 60 µg/m3, respectively.

“The Central Pollution Control Board (CPCB) has noted that pollution level in Delhi is severe and this has been the state of affairs for last 7 to 10 days,” the NGT has said, even as it halted construction activities, both government and private.

The NGT’s order has asked the corporations, Delhi Development Authority, and public health and environmental departments, to ensure no waste is burned. They have also been asked to form teams to inspect areas.

“This shall equally apply to areas and authorities with jurisdiction over Ghaziabad, Noida, Sonipat, Gurugram, Greater Noida, Paliwal, Bahadurgarh. These States shall inspect if any construction material like cement, sand, and bajri (gravel) are lying uncovered in the open. Such material shall be seized by corporation and owner/builder shall pay environmental compensation,” the order said.

“GRAP shall be implemented by all States, including Rajasthan, Gujarat, Haryana, and Uttar Pradesh (particularly in the NCR districts) to improve air quality,” the tribunal has said. It also said that the Badarpur Thermal Power Station will be closed till March 2018. The NGT has also sought explanation from Delhi, Uttar Pradesh, Punjab and Haryana why steps weren’t taken to prevent this situation in spite of knowing that it could occur.

Earlier, Chief Minister Arvind Kejriwal tweeted: “Delhi has become a gas chamber. Every year this happens during this part of year. We have to find a solution to crop burning in adjoining states.”

Diwali fireworks triggered air pollution earlier. Air quality dipped in Delhi; air pollution was 20 times the safety limit prescribed by the World Health Organization (WHO). This was despite the Supreme Court’s Diwali cracker ban. Particulate matter, PM2.5 and PM10, was “severe” to “very severe”. In 2016, Delhi faced the worst smog in two decades, when air quality became hazardous. Air pollution was 40 times permissible limits. A million kids stayed away from schools, with thousands of workers reporting sick. The smog affected children, construction workers, senior citizens, and vendors. Senior citizens were particularly vulnerable. In some areas, air pollution breached the maximum level. Pollution kills millions every year in India and China, according to The Lancet.