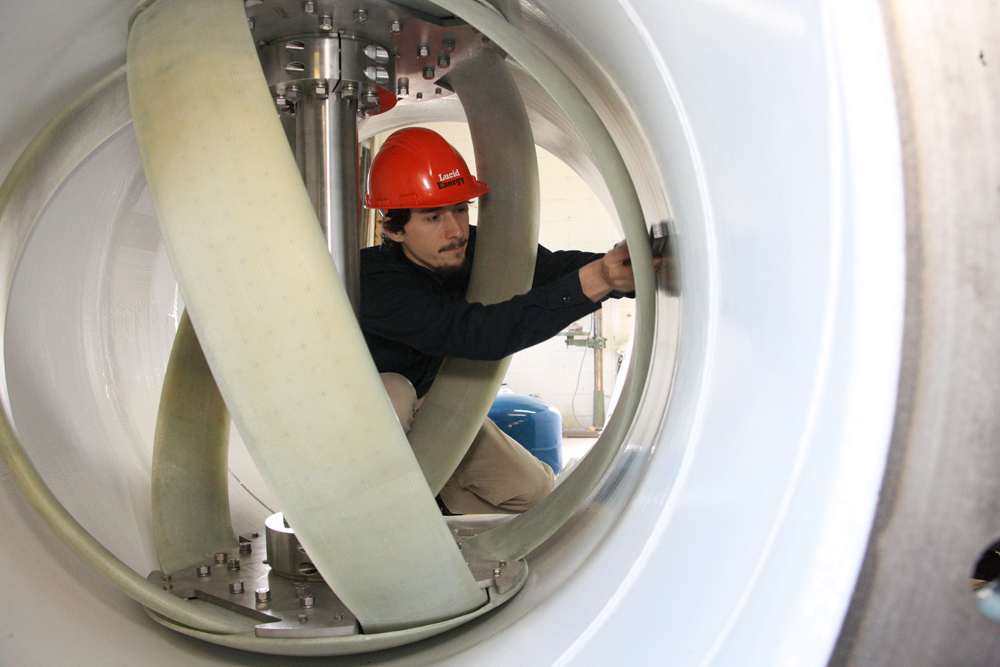 Sourcing renewable energy such as hydropower from aspects of ordinary life like drinking water is an innovative, fresh, and wonderful concept. And this is being done in Portland, which is the biggest city in the US state of Oregon as well as the seat of the Multnomah County. It is a big port in the Willamette Valley region in the Pacific Northwest. Portland, USA, now produces electricity from turbines which are installed in city water pipes. In fact, Portland has gone green with innovative water pipes.

Oregon’s largest city has partnered with the company Lucid Energy in order to generate innovative clean electricity from water which is already flowing under its streets as well as through its pipes. Portland has replaced one section of the existing water supply network with that of Lucid Energy pipes, which contain 4 forty two inch turbines. As the water flows through the municipal pipes, turbines spin and generate power. These turbines are attached to generators, which then send the hydro energy or hydropower back to the city’s power grid.

Popularly called the ‘Conduit 3 Hydroelectric Project,’ Portland’s novel clean energy source hydropower is expected to be up and running this year and also attain full capacity working in March. According to Lucid Energy document, which details the partnership, this is the “first project in the USA to secure a 20-year Power Purchase Agreement (PPA) for such renewable energy produced by inpipe hydropower in a municipal water pipeline.”

Harnessing and producing energy from municipal water pipelines does not have any adverse effects on the surrounding environmental ecosystem. In fact, this method may also be used in order to generate power from the Rain Water Harvesting systems, if applied rightly. Lucid Energy’s hydro system is not affected by external conditions such as weather, on which other renewable energy sources like solar and wind are reliant. The technology, inside a pipe, does not have adverse effects as a hydroelectric dam.

To be cost as well as energy effective, Portland’s power generators need to be installed in pipes where waters flow down the hill, without needing any kind of pumping, as energy required to pump water will negate the energy gleaned. The system can also be used to monitor the condition of the water supply network of city along with the assessment of the drinking quality of water which flows through it. Once operational, the system will $2,000,000 worth of renewable energy over 20 years, on average of 1100 megawatt hours of power per year. This is sufficient electricity to power 150 homes. The money generated would be split among the investors and will be used to recover cost of construction and its upkeep.

This short video describes the technology as well as the benefits that are involved in the harnessing of energy from municipal water pipelines. https://www.youtube.com/watch?v=vlbp0VxZG28