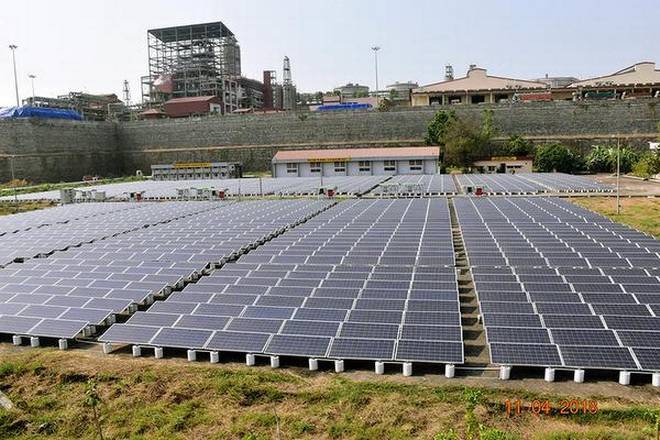 Frankfurt: Renewable sources of energy have been able to surpass coal as the main energy source for Germany. In fact, renewables are overtaking coal as the main source of energy in Germany and this has happened for the first time last year. This has accounted for more than 40% of power production, research has shown recently. This is a humongous shift. That change is being made in Europe’s biggest economy as it aims and strives to make renewable sources of energy to provide as much as 65% of its energy requirements by the year 2030.

This is an expensive transition since the exercise aims at phasing out nuclear power by the year 2022 and it is actually making plans for a systematic long-term departure from coal as the main source of electricity. This has been shown by Fraunhofer organisation’s research in applied science. The study also shows that the output from wind, solar, biomass as well as hydroelectric generation units have risen by more than 4.3 per cent in the previous year. This is out of the huge total of National Electricity production of 542 TWh which has been derived from both fossil fuels as well as green sources of energy.

Coal burning till now has contributed to as much as 38% of the total output production, whereas the share of green energy in the electricity production in Germany has sharply taken a spike which has been from 38.2 per cent in the year 2017 to about 19.1 in 2010, says the author of the Fraunhofer study. Bruno Burger also says that the whole exercise was meant in a way that the output generation is more than 40% in this year. We would not go below 40% in the year 2019, this is because an increasingly greater number of renewable energy installations are being built. Also, we don’t foresee any dramatic change in the weather pattern, says Bruno Burger.

However critics of green electricity and power have always maintained that the total output is just reflecting of weather patterns which are favourable and that they do not in any way prove that the resources contribute to secure energy supplies. They say that solar energy has increased by 16 per cent due to a prolonged and a hot summer where as the capacity that is the total installed capacity has undergone an expansion by 3 Gigawatts to 45.5 Gigawatts in 2018. This is according to the data. Wind energy industry has been able to produce 111 TWh from a combination of onshore and offshore capabilities. This constitutes 20.4 per cent of the total electricity output in Germany. Wind energy, in fact, has been the largest source of energy after electricity which is produced from the burning of brown cool domestically and which accounts for 24.1 per cent. In fact, coal factories have been running on hard coal which is imported and contributed to around 75 TWh that is 13.9 per cent of the output. On the other hand, hydro power has been able to account for just 3.2 per cent of the total electricity production. This happened because the high summer heat was able to dry out rivers and this was followed by relatively low rainfall.

Electricity generated from biomass has contributed by about 8.3 per cent to the output. On the other hand, plants, which are running on gas to power systems, have been able to account for 7.4 per cent of the output. 13.3 per cent is coming from nuclear energy where as the remaining has been derived from core sources such as oil and waste incineration. In fact, the German economy was a net exporter of around 45.6 in the year 2018; this happened mostly due to the fact that the Netherlands has been importing large volumes from the nearby country of France.