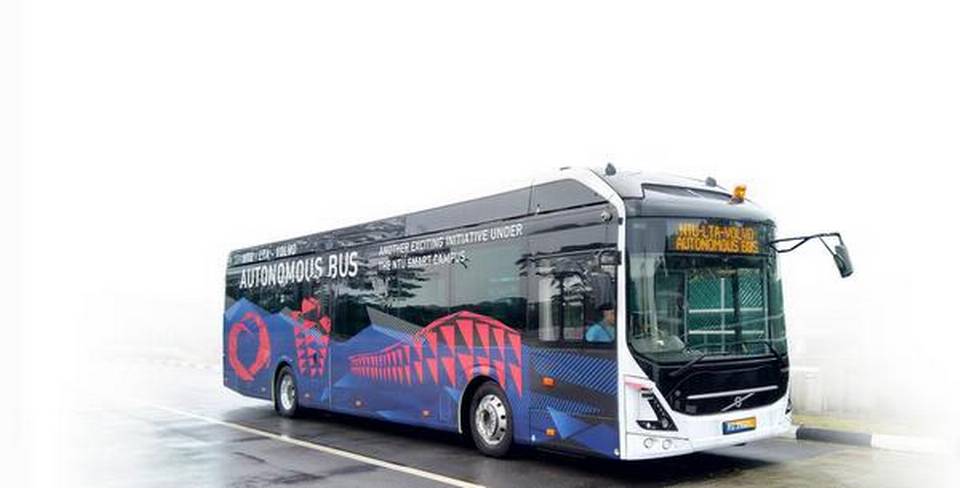 Singapore is known for its transport philosophy and approach which discourages people from going for ownership of personal vehicles. It has also seen the steady extension of its public transport in the past 3 decades. Singapore Transport is now working towards the roll-out of driver-less and autonomous buses in partnership with Volvo Buses. This will be the next big technology leap for the city state. The first trials for autonomous vehicles are currently taking place at CETRAN (a comprehensive test center for autonomous vehicles operated by Nanyang Technological University, NTU Singapore) by Singapore Transport.

The relentless quest to develop and operate autonomous vehicles is global. NTU says that the country is working towards being a leader in the development of autonomous vehicles. The goal of Singapore Transport is to be a smart nation with advanced infrastructure and smart technologies. Several companies like Mercedes Daimler, BMW, Tesla, Waymo (Google’s project) have the technology and the wherewithal to work towards autonomous vehicles. Apple too has joined the race for this technology. Uber and Lyft too are developing technologies for autonomy.

Singapore Transport Leading the Way for Autonomous and Electric Vehicles

During the trial runs, Volvo electric buses have been experimented with by Singapore Transport. These modern vehicles are equipped with light detection and ranging sensors (LIDARS), stereo vision camera to capture 3-D pictures, along with a global navigation satellite system. The high tech vehicle moves on the roads with hands free technology. It turns effortlessly at curves and takes a breather at traffic lights.

Volvo has launched the world’s first full size autonomous electric buses. It primarily represents the future of mobility. In partnership with NTU and SMRT, Volvo is testing technologies on the ground. Despite being a company from Sweden, the company has made inroads all over the world and Singapore Transport is a classic example.

This has been made possible due to seamless links between academic institutions and the country’s Land Transport Authority in Singapore. This is coupled with an Information Technology (IT) backbone along with a strong electricity grid. Though there are challenges to development of autonomous vehicles from a technology viewpoint, headway is being made in areas such as insurance, liability, and social consequences, particularly for countries with disparities as well as inequalities.