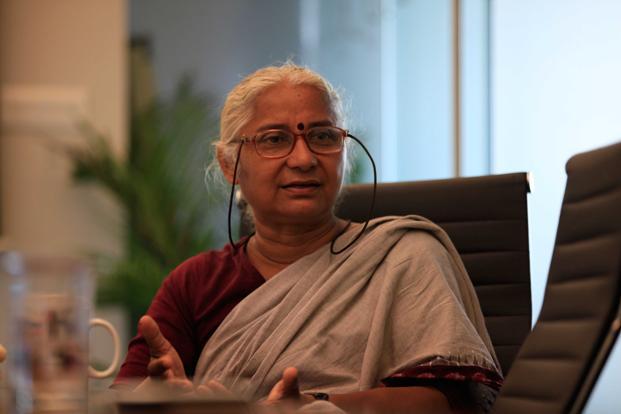 Medha Patkar, noted environment activist, says that temporary steps or solutions like the odd even rule in Delhi can’t save the city from the deadly Delhi Smog that has enveloped it since the past few days.

“It [Delhi Smog] is not to be resolved just through any temporary formula, whether it is odd or whether it is even. Earlier also, the Delhi industries were thrown to Alwar and Delhi was saved. The lungs of Delhi like Vasant Kunj have been encroached upon,” says the Narmada Bachao Andolan (NBA) leader Medha Patkar, also fondly known as Medha Tai. She was speaking to greenubuntu.com

Can the odd even rule in Delhi work? TERI report says negligible improvement

According to a TERI study (The Energy and Resources Institute), the scheme had negligible impact on air pollution levels when it was implemented earlier. The TERI study says improvement in air quality levels for earlier two periods was 7 and 4 percent, respectively. The Arvind Kejriwal government decided to implement the odd-even scheme in Delhi for five days , from November 13 to 17. It had also shut schools till further orders and placed prohibitory orders against construction activity due to the deadly Delhi Smog. The odd even traffic rule is an emergency measure used only when air quality hits rock bottom and is sanctioned under the Graded Response Action Plan (GRAP), mandated by the Supreme Court.

The odd-even formula has been implemented earlier also and is expected to keep off half of the private cars in the national capital Delhi to reduce pollution from vehicular emissions. The Environment Pollution Prevention and Control Authority (EPCA), mandated by the Supreme Court, has asked states including Delhi, Punjab, Haryana and Uttar Pradesh to prepare for steps such as the odd-even scheme in view of the crisis situation.

Infrastructure and car companies taking a toll of the environment: Medha Patkar

“Infrastructure as well as the incoming cars is taking a toll. Infrastructure is the agenda of the car industries in which politicians have become partners and they don’t care whether 3000 cars come on the streets or 6000. Ola and Uber are also there,” says activist Medha Patkar, pointing out to the tremendous pressure on Delhi roads.

“The divide between public transport and private transport is increasing. 80% of people use public transport. This is the figure released recently. There is no prioritization, there is no budget allocation,” adds Medha Patkar, one of the founders of the National Alliance of People’s Movements (NAPM), an alliance of hundreds of progressive organisations.

Her organization the Narmada Bachao Andolan or the NBA has been at the forefront of various mass struggles across India against inequity, displacement, non-sustainability, and injustice in the name of development. She has also written several books on environment and has been the recipient of several such awards.

“BRTS was something we had proposed also. Our colleague in NAPM, Rajendra Ravi and IIT experts from Delhi, had proposed it. But, it was not properly used. That should have been used for public transport of different kinds. That did not happen,” adds the veteran environment leader.

Although, reportedly, there has been some let up in pollution levels. The fact of the matter is that pollution in Delhi has hit the roof. Stubble burning, Diwali crackers, construction and vehicle emissions have formed a deadly cocktail. The Delhi smog has turned India’s National Capital into a ‘gas chamber’. The smog is affecting visibility, causing several accidents in Delhi. The smog is permeating homes and metro stations. Breathing is difficult. The Delhi Smog is proving to be particularly dangerous for people with respiratory diseases. Air quality is 5 times worse the limit considered unhealthy by the Central Pollution Control Board. Air quality index is ‘severe’. Air pollution is equal to smoking 50 cigarettes a day.