Hanoi is Very Indian: Reminded Me of Calcutta of 1960s and New Delhi

Arrived in Hanoi, capital of Vietnam, yesterday. I am very impressed by Vietnam’s well organized, simple, basic and efficient systems. Like their famous military which defeated four empires, Chinese, French, Japanese and American. Paid USD 25 extra per person on top of permission granted in visa email on online application.

First impressions are good and positive. Airport procedures basic and efficient. Excellent roads. Main highway from airport is better than the new Indian Expressways. Road signage is outstanding. Big and clear. Vastly better than India which is awful. 4 wheeler traffic is minimal. This is a two wheeler society. Everybody is on two wheelers. Seems Hanoi has a polulation of 6 million and has 6 million 2 wheelers as well. That tells you about Vietnamese society.

Turning off from the airport highway and entering Hanoi city gives you a feeling of a vaguely remembered experience. Reminded me of Calcutta in the 1960s. Yellow choona washed buildings. An air of gentle, dilapidated dignity. An ambience of quiet, lower middle class pride and bustle. The riverine landscape, the multiple bridges spanning many rivers again evoke Bengal and Calcutta. 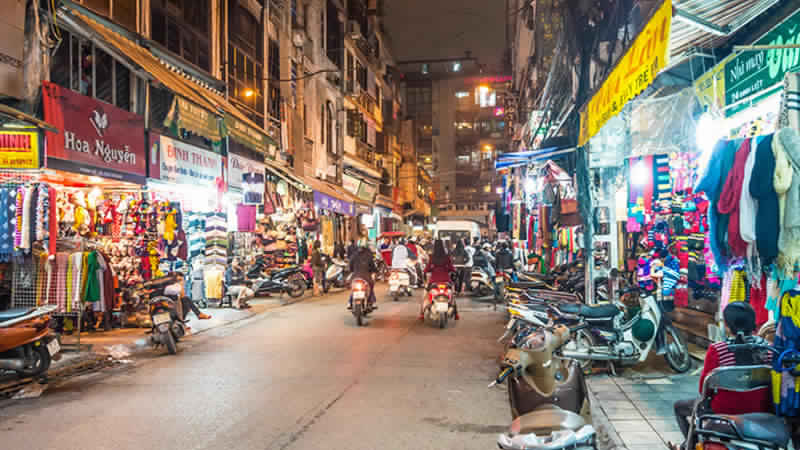 The analogy is apt. Vietnam is a narrow sycthe shaped country, with the ocean on its East and mountains in the middle and to the West. In the North is a broad fan shaped river delta of the Red and Black rivers with Hanoi, a riverine capital, highlands in the middle, which again opens out into a more extensive river delta of the mighty Mekong river in the south with Saigon, renamed as Ho Chi Minh City, HCMC, as its power centre.

From an Indian viewpoint, Hanoi, like New Delhi, is the political capital, where the reins of national power are tightly gathered, while Saigon, which is yet to be visited, is supposedly like Bombay, completely commercial and utterly frenetic. Hanoi exudes an old world charm of a bygone age which continues with a new auteur. There is an air of nostalgia but also of an underlying authority. Like a governess, charming but prim.

The shops and homes remind you of the suburbs of Delhi and small north Indian towns. Narrow street fronts, deep structures running right back for 30 metres or more, mostly ground floor plus two storeys. Stuck cheek by jowl with occasional empty plots. Construction is of better quality and vastly better upkeep than India and much, much cleaner. Not so clean and spic and span as Singapore. Very few private cars. Scooters and mobikes are deeply loved and revered. Lovingly washed with sponge and lather like a baby. Brought into the shop at night and tethered like a household pet, not kept on the road as in India.

The petty shopkeeper abounds. Didn’t see any big shops, much less malls in my limited glimpse of a slice of Hanoi. The shop overflows into the street. The pavement is taken over by the shopkeeper and the pedestrian is forced onto the road. Very Indian.