Does India need interlinking of rivers? An environmental assessment 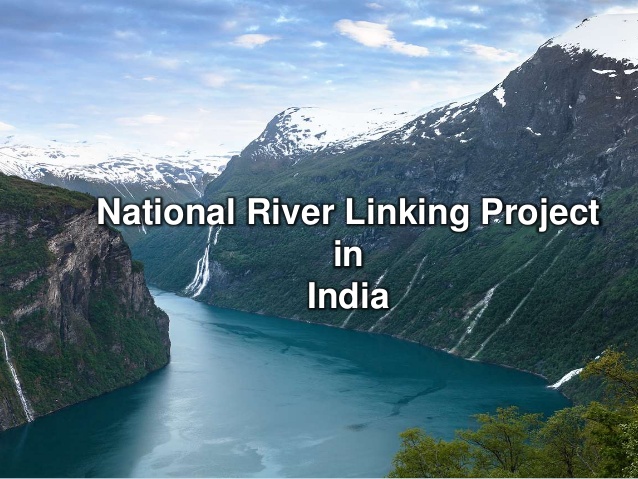 Interlinking of rivers is an expensive proposal and exercise. It has adverse environmental impact on forests, land, biodiversity, rivers, and livelihood of millions living in India. It is socially disruptive. It not only adds to climate change (destruction of forests is equal to destruction of carbon sinks as well as reservoirs of tropical climate that are known sources of methane and carbon dioxide or CO2), but also reduces our capacity to adapt to climate change impact.

For instance, the Ken-Betwa link is the government’s topmost priority. The link would facilitate export of water from the drought prone Bundelkhand to upper Betwa basin (as the detailed project report (DPR) shows). The Ken-Betwa link’s hydrology is a state secret. So, there is no way to check if the claim that the Ken river is surplus is valid. There is no credible environmental impact assessment and no public hearing in the canal and downstream-affected areas. The Ken-Betwa link’s environmental management plan is also still being prepared.

Little justification of Interlinking of rivers

The Interlinking of rivers Ken-Betwa threatens around 200 sq km of Panna Tiger Reserve, with it the River Ken and large parts of the Bundelkhand area. Yet, it doesn’t have environment clearance, a final forest clearance, and its wildlife clearance is under the scrutiny of the Central empowered committee appointed by the Supreme Court of India. In fact, both the forest as well as the wildlife clearance recommendations are under the condition that this power generation project would be taken out of the forest or the protected area. But, the environment clearance recommendation assumes that the project would be inside the forest or the protected area. So, even that is invalid.

The government justifies the Ken-Betwa river link (and the river inter-linking project as a whole), by saying that this would provide water supply, irrigation, hydropower, and flood control. We need to understand most of India’s water benefits, and including irrigation, come from the groundwater. In fact, in the last two and a half decades, the total national irrigated area from the big dams has decreased by around 1.5 million ha from the peak of 17.79 million hectare in the years 1991-92, according to the government data. But, in the same period, India’s total irrigated area has gone up, primarily due to the groundwater. The groundwater is our lifeline and whether we like it or not and whether we want it or not, the groundwater is going to remain our lifeline for decades.

As far as providing irrigation is concerned, it seems that the river inter-linking project would likely create more problems than benefits. The same is true for the water supply.

As far as the hydropower goes, it’s clear that the large hydro-power projects are no longer viable options in India. The power minister has repeatedly said in the Parliament over the past 2 years that the hydro-power projects of over 11,000 MW are stuck due to the lack of finances as well as questions of viability. Himachal Pradesh Chief Minister has said that the private developers are exiting this sector as they consider these projects to be non-viable. The situation in the states of Arunachal Pradesh and Sikkim is similar.

It costs more than Rs 10 crore to produce 1 megawatt of hydro-power, which produces below 4 million units of power. This means that the per unit cost of power from suchlike projects exceeds Rs 8 per unit, even when there are no takers for power which costs as less as Rs 3 per unit. In any case, the interlinking of rivers will need more power to lift the water than what it is to produce.

Can interlinking of rivers prevent floods?

Can the river interlinking project flood proof the flood-prone river basins of India? Whereas theoretically, a big reservoir can help moderate floods in downstream areas, our experience on the ground does not inspire much confidence. For instance, heads of the government, the state officials, and the Comptroller and Auditor General of India have on many occasions pointed out that big dams like the Ranganadi Dam, Damodar Dams, Farakka and Bansagar Dams, and Hirakud Dam have brought avoidable flood disasters to Assam, West Bengal, Bihar, and Odisha, respectively.

The other problem with river interlinking is storing big quantity of waters. Most sites suitable for big reservoirs are in Nepal, the North-East, and Bhutan. Each one has made their opposition to big storage reservoirs clear.

If water can’t be stored in big reservoirs during monsoon, when some of the rivers are flooded, the other option is to transfer water to deficit basins during that time. But when the Brahmaputra river is in floods, so are the Ganga and the other rivers through which water has to be transferred, including the rivers Subarnarekha, Mahanadi, Godavari, Krishna, Pennar, and others. Why should the rivers, that are facing floods, receive more water?

There is little doubt that if we store water during monsoon, we can make it available in post-monsoon months. But, water resources establishment sees big dams as the only storage option. Yet, the biggest, the cheapest, the most benign, possibly the fastest and the most decentralized storage option is groundwater aquifer.

In other words, what India needs is not the interlinking of rivers, but something else in order to achieve water, agriculture, and livelihood security.