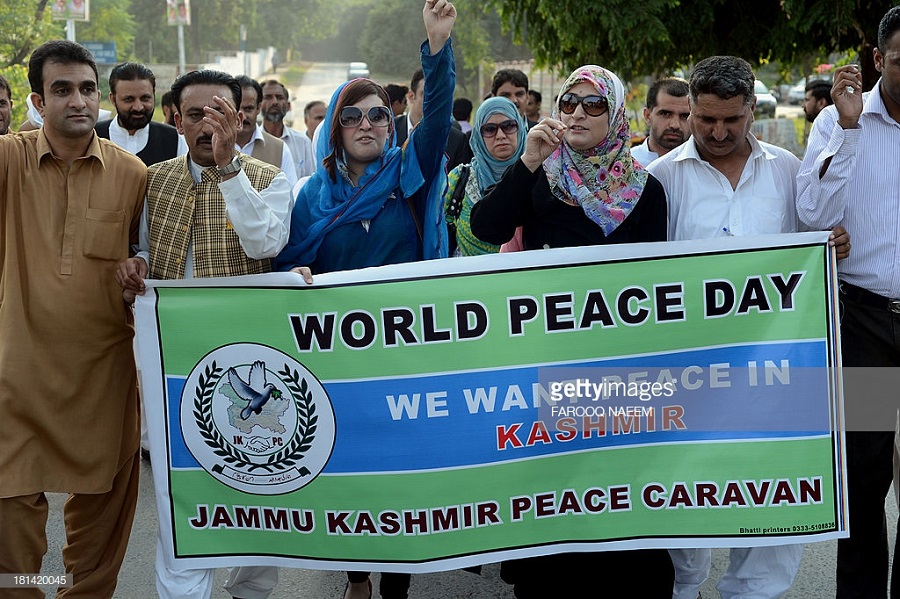 Kashmir is a great combination of the might and splendor of mountains, glades, and forests. Its water resources are quite different from the whole world. It is populated with thousands of lakes, streams, and springs. Kashmir has been held in fascination by kings, saints, mystics, poets, and of course nature lovers. It is called the Paradise on Earth. But, it is different today. It had been a paradise, where saints lived and was an abode of peace as well as tranquility. It was the meeting point of cultures, a seat of religions, and a trade route between Central Asia and India. According to Dr Iqbal, Kashmir is a place where God is seen in full splendor and unveiled.
کوہ و دریا غروب آفتاب
من خدا دیدم آنجا بے حجاب

The mountain, lake and sun set. Lo and behold! I see God unveiled. As GR Malik puts it: “Ever since, it emerged as a fresh vale from the waters of Great Sati Sar, it has seen cataclysmic ups as well as downs in its history. This is quite well-known in but what is rarely realized is that Kashmir served as a great source of inspiration for the most vibrant of the literary renaissance of England, the romantic movement of the nineteenth century.

Gods have been generous, but in 1947, when India and Pakistan got their Independence from the British Empire, Kashmir was unresolved and thus came into existence the phrase “Kashmir Dispute”. “The Line of Control [LOC] between India and Pakistan is perhaps the most dangerous place in the world. Both India and Pakistan have their own political reasons for continuing fighting and what can happen next …… has been illustrated by the author…. A disaster on a monumental scale.” (Richard H. Curtiss in Washington Report on Middle East Affairs, August 2002).

Nothing has changed only the crisis has hiked. The Kashmir dispute has turned this Heaven on Earth into a Hell: a place where massacres, bloodbaths, disappearances, tortures, rape, exoduses, etc. keep happening. The men in uniform, military, paramilitary, the militants have all made it a battleground of the Gun and Grenade. Caught, Kashmir valley is witnessing uncertainties for over 3 decades. The man in the street finds it difficult to keep the body and soul together. Protracted strikes and frequent restrictions hit the masses. A section of people, adopted the policy of run with the hare and hunt with hounds. The present Kashmir was described by Late Shahid Ali in his book “A Country Without A Post Office”.

A fallout has been the effect on environment. People exploit the Kashmir crisis to remove the forest cover. Therefore, large areas that were under forests earlier have been lost. Glaciers are melting, including that at the world’s highest battle ground Siachen. Flora and fauna are lost after the area was militarized. Depleting forest cover and water resources is bad news for both India and Pakistan. This collective inheritance needs to be conserved and demilitarizing the area is needed immediately. The idea of demilitarizing and declaring Siachen a Peace Park was presented by Environmentalists and Peace Activists at the fifth World Peace Park conference in 2003 at Durban to preserve the fragile ecosystem of the region.

Why can’t we have Peace in Kashmir? Let Kashmir be a Peace Park. Let the Durban Concept be extended to Kashmir on both sides. Let’s demilitarize Kashmir. I am sure that this step can result in peaceful relations between India and Pakistan. It will be a big leap towards resolving the Kashmir dispute. If both India and Pakistan are well-wishers of Kashmiris, then they should take this step. Going through its history, one sees that elections were held for the Constituent Assembly in 1951 and 75 members were elected and 25 seats were reserved for areas on the other side of LOC. Elections were held a number of times. India referred Kashmir to the UN Security Council, however, both countries have not implemented its resolutions. The territory has been divided between India, Pakistan and China.

The past three decades have seen people facing difficulties. From 2008, resistance to Indian rule has taken a new form. The unfortunate part is that the society as well as the leadership remains divided among different interest groups whereas the poor continue to battle. As Kashmir reels under deep crisis over the past few months, different political parties of Kashmir from Unionist to the Separatist camp respond differently. Hurriyat is divided into 4 categories.

It is probably high time for the leaders of this god-forsaken land to be bold to introspect and formulate prospecting strategies for taking forward the issue of a peaceful and amicable solution, leaving aside their view points about the Kashmir from pro-India, pro-Pakistan to Autonomy, self rule and complete independence. The need is to take all walks of life together and develop a consensus that will be in the larger interest of Kashmir and promote Indo-Pak talks.

Both India and Pakistan are spending a large part of the GDP over Kashmir and hindering their own economic development. The two nuclear powers need to talk to each other. However, till now talks have taken place at various levels but yielded nothing concrete. Every forum should be explored such as UN, SAARC, or any kind of talk whether it is bilateral or trilateral should be encouraged. The need of the hour is to shun a tough stance on Kashmir and be practical and reduce armed personal on either side of LOC.

This step will be the biggest move towards reducing the miseries of the inhabitants and can be a blessing in disguise for the people of both India and Pakistan. Both countries should come together, take confidence-building steps to resolve the Kashmir issue to usher in a new era of development, peace, and trade. Half-hearted efforts can’t cut the deal. Agreements like Tashkent Agreement in 1966, Shimla Agreement in 1972, Lahore Declaration 1999, which paved the way for exchange of people and trade. But it was not taken further to resolve Kashmir. The paradise is desperately waiting for a resolution. We humans have no right to destroy it! As a resident, I appeal all leaders of both countries that you can make Kashmir a bond and not a contention.

Dost Mohammad Dar (Dost Dar) lives in Kashmir, India. He is a Writer, Poet and Activist. He is the Founder and President of Social Concern Group and ,Joint Effort for Welfare of Environment and Life {JEWEL}. He has published a number of articles and participated in national seminars.