Biodiversity: Who Owns it? Who Conserves It? Who Does it Belong To? 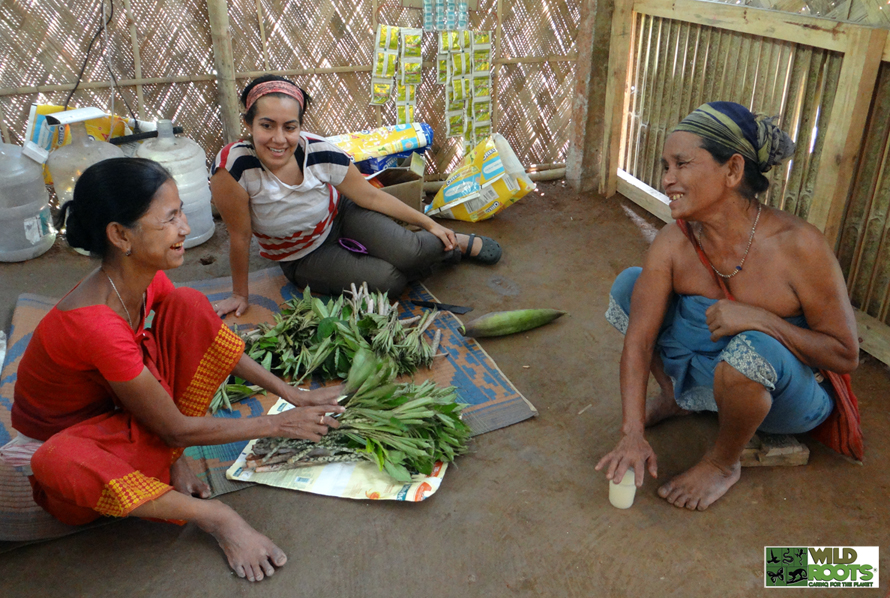 While studying Strategies of ‘Global Conservation Education’ at the Conservation Education Center of Muskoka Woods, Ontario, Canada, during the year 2018, I came across some very pertinent and important questions which were raised by fellow educators, experts, researchers and policymakers – Who owns Biodiversity? Whose job it is to protect Biodiversity? Who takes the ownership of protecting the species? – Scientifically inclined people who are doing research in various fields? The Communities which are experiencing Human-Animal conflicts more often? or does Biodiversity also belong to the general public, the normal citizens, who have an equally important role to play when it comes to conservation?

People like me, ‘non-experts’, who strive to do something for the environment by self-study, self-participation in related workshops, seminars and training programmes, often face the above questions. So, whom does ‘biodiversity’ actually belong to?

As WHO puts it – Biodiversity underpins life on Earth, and refers to the variety found in biota from genetic makeup of plants and animals that are also related directly or indirectly to ‘cultural diversity’. The Cultural Diversity is actually associated with the Local Communities, some of which are directly dependent on the Biodiversity of the different regions where they thrive.

My Observations on Biodiversity

In India, Over 3000 Gram Panchayats, Local Institutions and Community Representatives submitted resolutions to the PM demanding ‘Community Centric Legislation’ on Biodiversity, a few years back. Panchayats, Local Institutions and Community Representatives, and local institutions from the States of Tamil Nadu, Andhra Pradesh, Uttar Pradesh, Orissa and Meghalaya have submitted over 3000 Resolutions to the Prime Minister, till date. I do not have concrete data about Assam though, but I am sure some resolutions have been sent by some communities and local bodies, either directly or through some supporting Non-Government Organizations, over the past years. ‘They’ have expressed serious concern about the developments relating to India’s Biodiversity legislation, and in particular the Biodiversity Rules of 2004 and the ongoing attempts by State Governments to implement these.

Though the Act itself describes the communities as “conserver and preservers” of biodiversity, the Rules delineating the provisions of the Act actually limit the power and function of the very same communities to only documentation of their resources and knowledge, with no legal provision to exercise control over what is documented and take appropriate actions. Thus, some communities like the Ghora Abhe Society of Arunachal Pradesh and the Garo Communities of places like Rajakhumai in Assam-Meghalaya border areas have taken the preservation into their own hands, inspired and supported by some NGOs and other patrons. The designation of Biodiversity enriched areas in Meghalaya as the ‘Sacred Groves’ by the local communities, are examples of such practices.

Understanding the Ramifications of Biological Diversity Act in 2002

India’s biodiversity is severely threatened; habitats, wildlife populations, traditional cultures, geological cycles, and a range of other attributes are being destroyed. There are a variety of reasons for this, including increasing exploitation of biological resources for trade both at National and International levels. India enacted a Biological Diversity Act in 2002 in pursuance with its obligation to the Convention on Biological Diversity. The Biological Diversity Act 2002 is a law meant to achieve three main objectives:

Somewhere, I strongly feel that the management principles failed to recognize the expertise of the ‘grassroot’ – the people of the forests and from the villages living in fringe areas of the forests. I myself have travelled and interacted with such ‘local experts’ in the States of Assam, Meghalaya and Arunachal Pradesh and have come across people with remarkable knowledge and understanding of Biodiversity, sustainable use of the Forest Resources and also Conservation. This knowledge pool is the actual capital of the local Biodiversity Management Committees. The Act had received mixed responses; as it did contain some progressive provisions towards ensuring community control over Biodiversity. However, the issuance of the Biological Diversity Rules 2004 reduced the role of the Biodiversity Management Committees to be established at village levels to being mere ‘data providers’. The Actions were somewhat restricted. 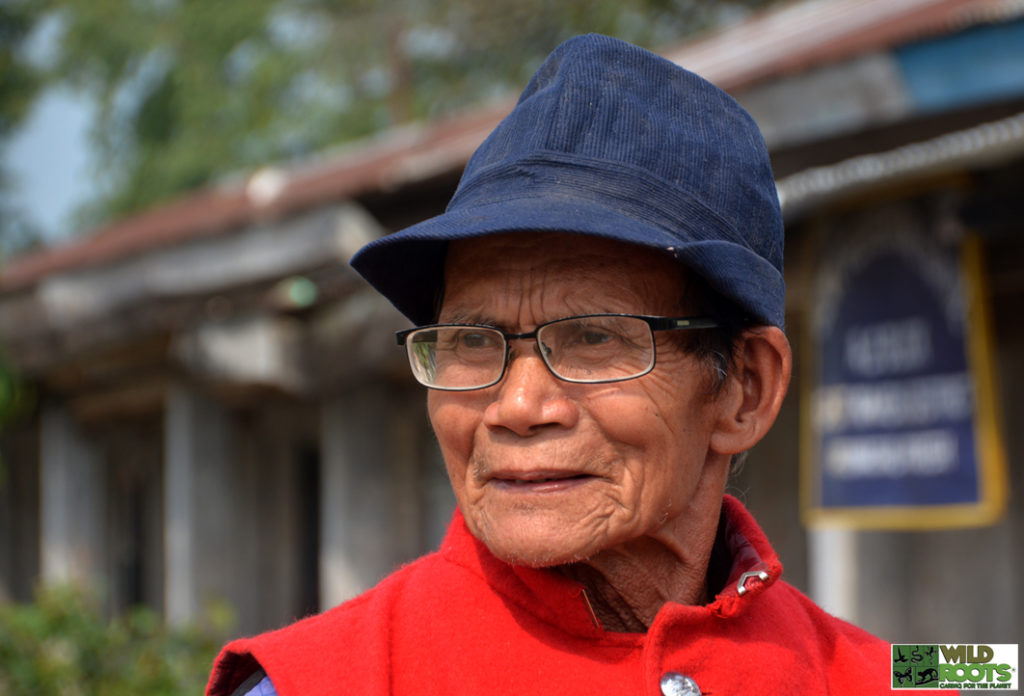 SH. Rajik Tachang, a veteran member of the Ghora Abhe Society of Arunachal Pradesh can identify over 500 species of Medicinal and Edible Plants, their proper use, growth patterns, diseases, cure and tells amazing stories about sustainable use of Forest Resources and Conservation of Species carried out by 5 generations of his family.

SH. Rajik Tachang, interacts with the student participants of a Conservation Education Programme organized by WildRoots-India, during the year 2017.

The Act had received severe response and criticism from different factions of the civil society and community representatives as they felt that such Rules would simply place a vast mass of people all over the country, mainly tribals, farming communities, indigenous people, fisherfolk, pastoralists etc. at the mercy of a Centralized or State Level System of the management of biodiversity through the National Biodiversity Authority at Chennai and State Biodiversity Boards at the State levels.

The NBA oversees access to biological resources (wild plants and animals, crops, medicinal plants, livestock, etc), their commercial utilization, transfer of rights of research, and intellectual property rights related to biodiversity. Foreign institutions and companies are required to seek approval of the NBA for access whereas Indian companies or institutions are required only to intimate the NBA of their bio resource usage, thereby placing an unjustified trust in Indian corporates and institutions, knowing Indians (especially industrial corporations) are not necessarily any more responsible towards the environment or towards local communities, also some Indian companies could just be local fronts for foreign enterprises. Nowhere in this figures the role of the communities whose lives are entwined with biodiversity around them, be it through culture, religion or for basic sustenance – The people who face human-animal conflicts every day, particularly the communities who live near the forest fringes.

What it is critical to note is that most of NBA’s work seems to be on processing applications for access to biodiversity and/or research work. There is little attention to the conservation and sustainable use of provisions of the Act. The panchayats or some Indian States came together for the second time as part of the Campaign for Community Control over Biodiversity and sent their resolutions to the Prime Minister, during the year 2007. Several panchayats from all across the country had previously sent resolutions to the Union Minister of Environment and Forests in 2004, soon after the Biological Diversity Rules were enacted. Representatives had also met the Minister and submitted a memorandum in December 2004. However, no action was taken. Panchayats have come together again, multiple times and this time have sent resolutions to the Prime Minister clearly stating they will not cooperate in any of the activities of either the NBA or the State Biodiversity Boards (SBBs) unless the following principles are recognized:

1. Control over all aspects of local biodiversity and related knowledge must be with the local communities, with government departments helping us to tackle the threats that these face from destructive development and commercial forces.

2. Our knowledge is our heritage and not for sale. Therefore we shall not be compelled into any process that reduces it to a tradable commodity which can be privatized. (Privatization of Biodiversity Conservation is an entirely different ball game, and needs to be addressed separately).

3. Documentation of local resources and traditional know-how ought to be voluntary in any form and manner as the community decides, and needs to be legally protected against misuse by outsiders.

NBA, SBBs and all relevant government institutions must recognize existing social formations and customary groups that are the real biodiversity managers, and empower Gram Sabhas or village councils to decide on whether or not to set up new Biodiversity Management Committees (BMCs). I came across some of these BMCs in places like Sohra – Cherrapunjee in Meghalaya, Williamnagar in Tura, Meghalaya, Bhetnai in Odissa and Pakke in Arunachal Pradesh. Readers might wonder how I came across such info. Well, it is only the Educational and Community Interaction Programmes which we have been organizing over the past 5 years, which have actually given us opportunities to interact with the Local Communities, bodies, BMCs and know more about their operational strategies.

A lot can be learnt when a person travels and has the interest to know more, in spite of having any prior expertise. It is the true essence of PPSR – Public Participation in Scientific Research, or more easily put – ‘Citizen Science’.

Tinsek D Sera, from Karbi Anglong shares her knowledge with her Daughter in Law and our International Community Interaction participant from Spain. 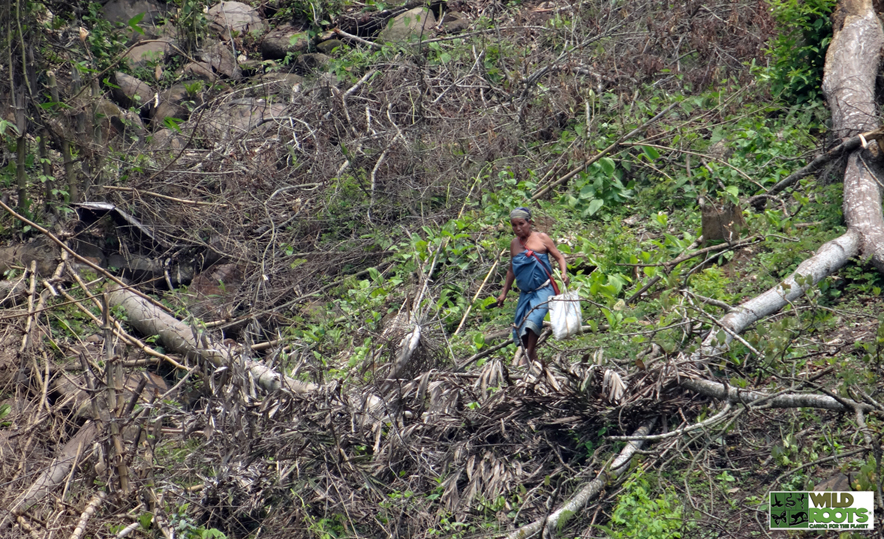 Everyday Tinsek collects edible plants from the Forest to feed her family, and has extensive knowledge about the Flora & Fauna, which would fascinate even scientists.

In a nutshell – (as we have learnt!) Local people’s access to biodiversity and its benefits, and the sharing of these benefits amongst local communities, must be given priority over and above commercial trade; and they shall allow neither misuse by corporates nor appropriation by governments. Biodiversity Conservation and Preservation needs to be a responsibility of the Local Communities. Some community supported organizations from Andhra Pradesh have been one of the earliest to demand a change in those provisions of India’s Biodiversity Act that marginalize local bodies such as Panchayat. It had facilitated several meetings of Sarpanchas from AP, Assam, Meghalaya, Arunachal Pradesh and other states to explain the implications of the Biodiversity Act.

I know that this short essay would spark many discussions, for that is what I am exactly looking forward to. Expressions are welcome, as we have embarked on a never-ending journey of knowledge and observation, and would be needed the collaboration, cooperation of our well-wishers, friends and patrons.

Designer, Photographer & Teacher. In his own words – ‘Just as I love Ideas...and like making Stuff, I treat the process of Creativity with a rare and a wonderful Reverence. I believe, better than anyone, that while ideas can be ultimately powerful, they begin as fragile, barely formed thoughts, so easily missed, so easily compromised, so easily squished. But I never cease to think deeply about almost everything and strive to be the most unconventional thinker, and an eager learner. I have no time for anything....other than working hard to nurture my passion for Nature and inspiring young people! http://www.wildrootsindia.in/ is his brain child. You can reach him at wildroots.guwahati@gmail.com