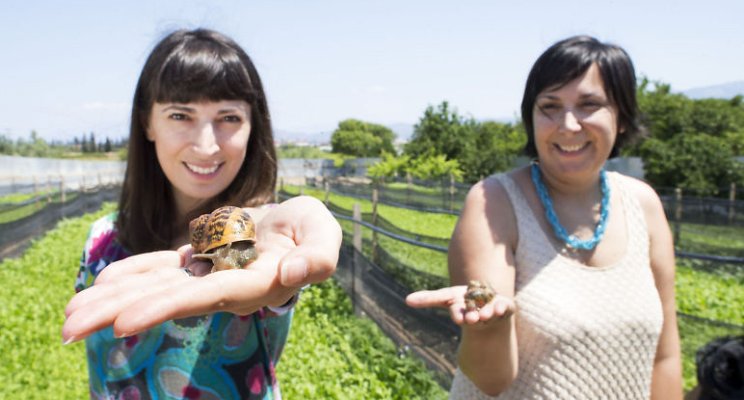 environment friendly business: Inspiration, at times, comes from nowhere; you can act on it or allow it to pass you by. Following is the story of one of those over-the-top, passing, but not altogether implausible business inspirations that I and my sister decided to follow. This was despite warnings from others as well as our best judgment. The idea was weird enough, and there was nothing from our past that made any sense with respect to it.

The story begins at the time that I was 4 years old. I remember that my mother told me about the many different languages in the world. I was captivated. Learning about cultures and languages became a passion. No wonder, at the age of 4 years, I made up my mind about what I wished to study and thereafter never changed my mind. When I was 18 years old and I had finished high school, I was already speaking 5 languages. Eager to learn more, I followed my instinct to study abroad.

And I wandered for 11 long years studying and working, moving from one country to another, having monologues with myself, filling my luggage with different cultures, people, and souvenirs, I felt a nostalgia for my homeland Greece. Millions of Greeks live abroad and a majority of them long to return home as well as contribute. This is the natural resource of Greece that is not yet exploited: a successful, skilled diaspora that will love to return as well as contribute if the system were stable and full of hope. However, this is quite unlikely to happen soon.

I was 26 years old and worked as a translator for the European Economic and Social Committee in Brussels. I had a comfortable salary, friends, as well as an enviable life. But I was not satisfied. I started sending my resume to companies in Greece which were looking for translators but they never bothered responding. I was disappointed at the lack of hope and opportunity.

On one autumn evening in 2007, as I helped myself on escargots at a restaurant in Zurich, Switzerland, my sister Penny called. She was an entrepreneur since childhood (she sold our guests chocolates in our house at double the price of the neighborhood shop). She said our garden was brimming with snails as it had just rained in Greece. She also said that if they were so expensive, then perhaps we could sell them to the Swiss and others.

You would think ‘what’? Snails? This is what I thought too at first: ‘Snails! Do I have anything to do with snails?’ I was never involved in agriculture and nor did I ever study any aspect of it. The field had men at the forefront. The idea of two sisters running a farm looked comical. However, instead of saying ‘no’ I said why not?’ A year later, I and Penny own a snail company in Greece called ‘Fereikos’: ‘Fere’ means ‘to carry’ and ‘ikos’ means ‘home’ in Greek. www.fereikos.com

Our idea was simple and straightforward

We made a plan and asked for our first capital from our parents, who agreed. We utilized our grandfather’s land and started farming snails. I carried out the market research, marketing as well as sales. We began when the Greek crisis had just started and there was red tape everywhere. I waited for months to set up this environment friendly business. However, the worst part was not the bureaucracy. It was the lack of public institutions. We learned by doing. How do we export? What papers are required? We had little guidance. Now procedures have become easier. This change has spurred a startup boom in Greece (along with private investors, mentorship, incubators, etc.).

The company began to grow. We trained farmers and we soon had snail farms under us, which leveraged our expertise
across Europe. There are 200 of them at the moment. In 2014, we forayed into processed foods such as natural, healthy pastas, and risottos that included escargots. Slowly we learned that business too. We are proud of environment friendly business and creating hundreds of jobs in Greece, a country with an imploding economy. The financial crisis pushed several Greeks back to villages as well as closer to nature. We created an environment friendly business that was sustainable and financially sound. This is most rewarding.

One lesson from my journey as a woman entrepreneur is there is no fixed route to achieve success. If you find an opportunity and feel inspired, just go for it. The first step is small but later the others will surely follow you. If you want to be certain about the future, then create it yourself!


About the author: CEO at fereikos. Passionate entrepreneur and environment activist. Reach me at mvlachou@fereikos.com