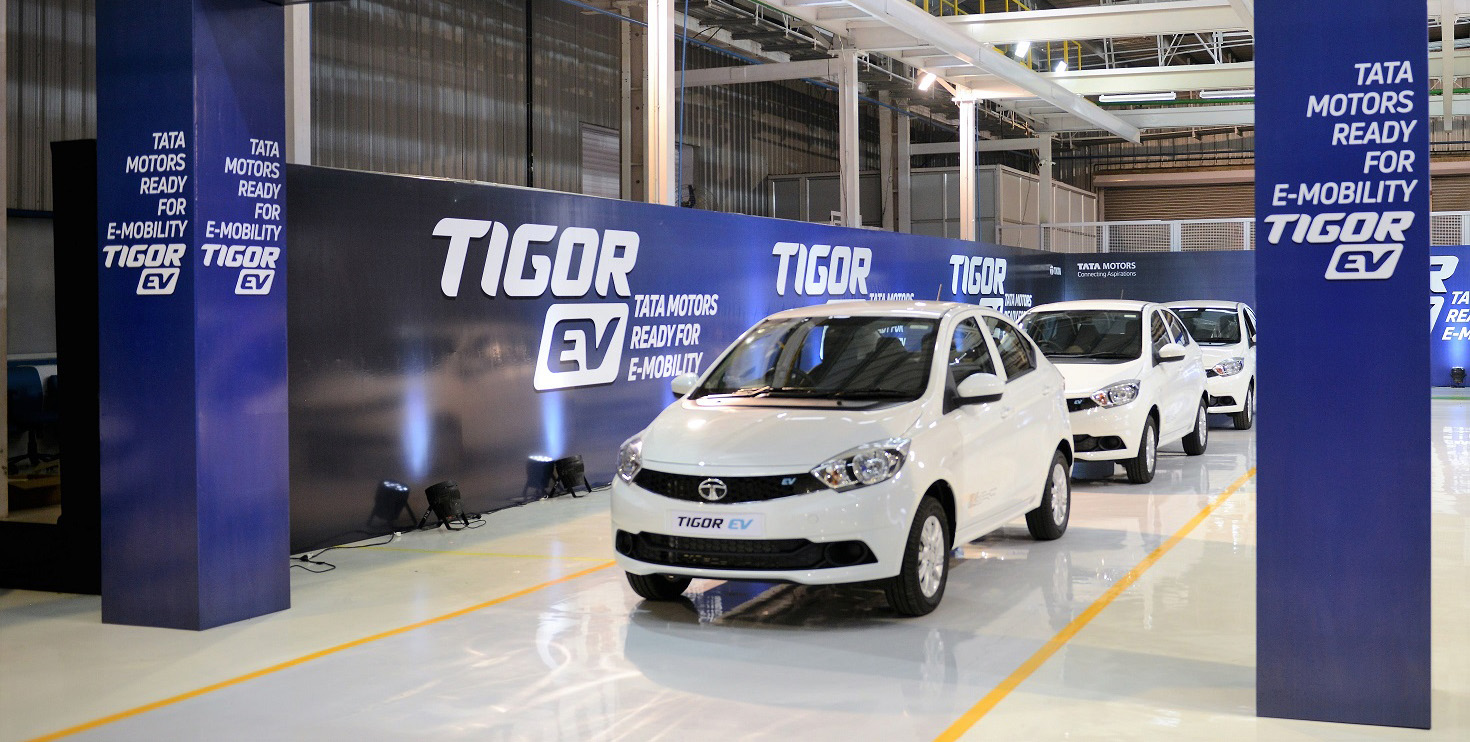 Green transportation in India is getting a push. It seems to be headed in the right direction, with a major thrust to encourage the use of green vehicles and cars. In keeping with the spirit of the times, Tata Motors has delivered the first set of Tata Tigor EVs (Electric Vehicles) to the state-run Energy Efficiency Services Limited (EESL) as a part of their own initiative to procure around 10,000 electric vehicles.

‘The initiative of Government of India to procure 10,000 electric vehicles is a bold step of promoting green and sustainable transport solutions. We, at Tata Motors are proud to be a part of the project and support Government’s transformational vision of auto electrification, in India. With Tigor EVs (Electric Vehicle), we have begun our journey in boosting e–mobility and we will offer full range of electric vehicles (EVs) to Indian customers,’ said Guenter Butschek, CEO & MD, Tata Motors.

Tigor EV is a full electric, zero-emission style hatchback and it would be available for the government use, only for the time being. Equipped with a single-speed automatic transmission, the electric drive systems of Tigor EV are developed as well as supplied by the Electra EV. Tata Tigor electric vehicle (EV) is a fully electric, zero emission ‘sub-compact sedan.’ The Electra EV is a company established to develop as well as supply electric drive systems for the automotive sector and is also equipped with the single-speed automatic transmission.The Tigor EV, supplied to the EESL order, would be delivered in three trim variants – Base, Premium, and High and would be available in ‘Pearlescent White’ color. The car would have a range of 140 km per charge.

The Tata Tigor Electric Vehicle is manufactured at the Tata Motors plant in Sanand. It is the first ever electric car that has been rolled out by Tata Motors in India. It was rolled out by Ratan Tata and N Chandrasekaran earlier.

Tata Motors Limited is a $42 billion company and is a leading global automobile manufacturer of cars, vehicles, buses, trucks, etc. It is one of India’s largest automobile company and is part of the $100 billion Tata Group. Tata Motors operates in the UK, Thailand, South Korea, South Africa, and Indonesia. It also owns Jaguar Land Rover in the UK as well as Tata Daewoo in South Korea. In India, Tata Motors company has a joint venture with Fiat. Its design as well as R&D centers are located in India, UK, Italy, and Korea. Its Tigor and Tiago vehicles have been doing well and have taken the automobile manufacturer on a profitable path. Tata cars, buses and trucks are sold in Europe, Africa, Middle East, South East Asia, South Asia, South America, Australia, CIS, and Russia.

This initiative of the Government of India to get 10,000 electric vehicles is a step towards promoting green as well as sustainable transport solutions. Join me in congratulating team Tata Motors.