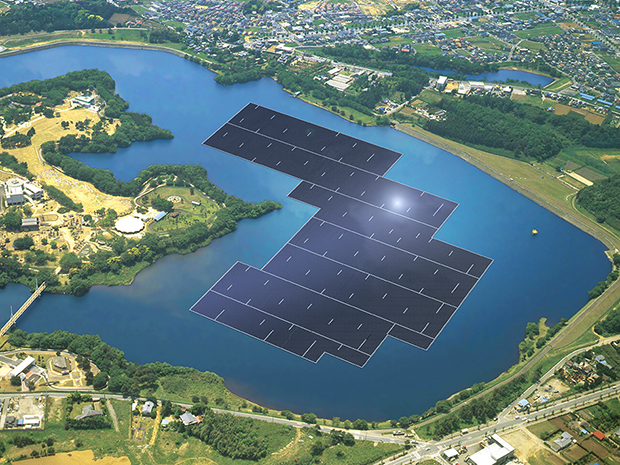 Sungrow, which is the world’s biggest supplier of photovoltaic systems is involved in the project. Usually, floating solar power plants can be installed on water bodies like seas and lakes, especially close to cities that have little land availability.

China is globally the most populated country. It faces high degrees of air pollution as well as water pollution. It is estimated that pollution kills 1.1 million people annually in China. A big reason for pollution in China is that emission from automobiles, power plants, and factories is enormous. This plant, however, pushes China toward becoming what industry experts call a green superpower. In fact, solar power is rapidly becoming a key component of the China sustainable development strategy. Similar projects are coming up all across the nation.

The country is also closing down pollution-driving thermal power plants and factories. China has also cancelled plans of building 103 new thermal plants (combined capacity of 120 GW of electricity). The country has started promoting electric vehicles together with green energy in a big way. India can substantially learn from how the Chinese are pushing ahead on the way to green as well as clean energy.

Global warming, climate change, and pollution are at alarming levels

The environment is rapidly deteriorating. Climate change, global warming, as well as other forms of environmental degradation now confront mankind. Although it is quite another matter that the US President Donald Trump negates such evidence. He has pulled out the USA of the Paris Climate Accord. NASA‘s—also part of the United States of America—figures say that globally temperatures have increased by more than 1 degree since 1880. More over, 9 out of the 10 hottest years have occurred after 2000. By 2012, Arctic ice was at its lowest level. Globally, sea levels are rising at 3.4 mm per year. Now, it is just a matter of time that human habitation, particularly those living in the coastal areas, start getting inundated.