Meet the Man Fighting for the Environment in Kashmir 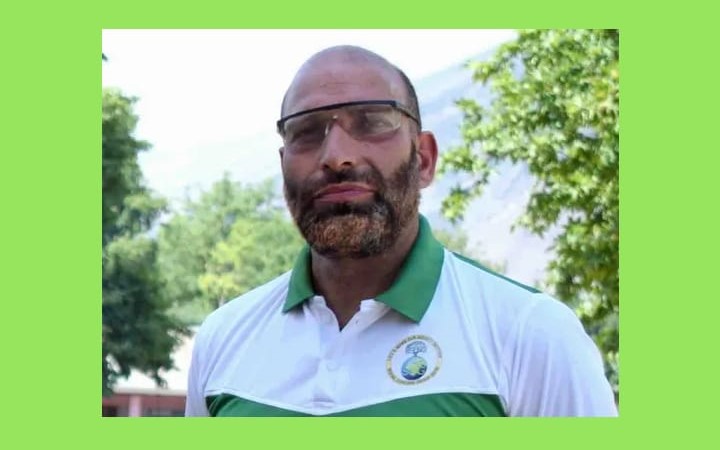 Environmental threat is the same everywhere. The environmental concerns that permeate our culture and society are same as in many places in the world, but our silence and inaction to all this is a criminal wrongdoing. Over the past few decades, the environment in Kashmir has suffered a lot. Forests have been destroyed and water bodies are being filled. A disaster is in the making due to the insensitive attitude of both society and government towards the natural environment. This is a potentially life-threatening compromise.

In the midst of all this there is one man who is fighting the battle to save Kashmir’s environment. There is a man who is fighting for the environment in the trouble-torn Kashmir for the conservation of one of the deepest lakes in India Mansbal. Environmentalist Dost Dar has been fascinated by the beauty of the lake Mansbal from his childhood days. For him, Mansbal is everything and it is this place which inculcated in him the intense love for Nature.

He often used to sit on its shores and write poetry. At the same time, Dost Dar felt dejected at the degradation of the lake. He wanted to stop it but nobody, listened to him. At the age of 12, he wrote to radio broadcaster Abdul Rehman about the degradation of the lake in 1985. This was his first attempt to make people and government aware about the fate of this mesmerising water body. Nearly two decades ago, Dost reached out to the people around the lake and convinced them to stop dumping waste into the water, including detergents and other harmful chemicals.

Dost Dar continued his efforts to keep this pristine lake in its natural setting and free from pollution. In 2000, he gathered his friends and made them realise their responsibility towards the lake. He did his work through the medium of newspapers and magazines and kept his mission alive. Dost Dar is a teacher by profession. The volunteer group (Social Concern Group) is fighting for the conservation of environment on various fronts. The spring-fed and deepest lake in India, Mansbal Lake is struggling for survival due to encroachments on the limestone banks that pose threat to its flora and fauna.

After decades of unrest in Kashmir, such concerns got sidelined but he never lost heart and soon make Social Concern Group a reality. The group has launched Save Mansbal Campaign. Though the group has no financial resources, the members contribute among themselves and use their Sundays and holidays for their green activity. They are giving a strong message to the people to respond to the common concerns of environment and take small initiatives on their own. The work of the group has been highly appreciated by people in the area. A leading International environmental organization has recognized its work and awarded the group Green Ambassador in 2018 in the University of Kashmir.

While talking to Greenubuntu.com, Dost Dar accepted that it is difficult to make people understand the complex concepts of ecological justice and that there is a need to work on this in order to assist humanity to create and sustain the biodiverse planetary ecosystems and to promote social change in harmony with nature.