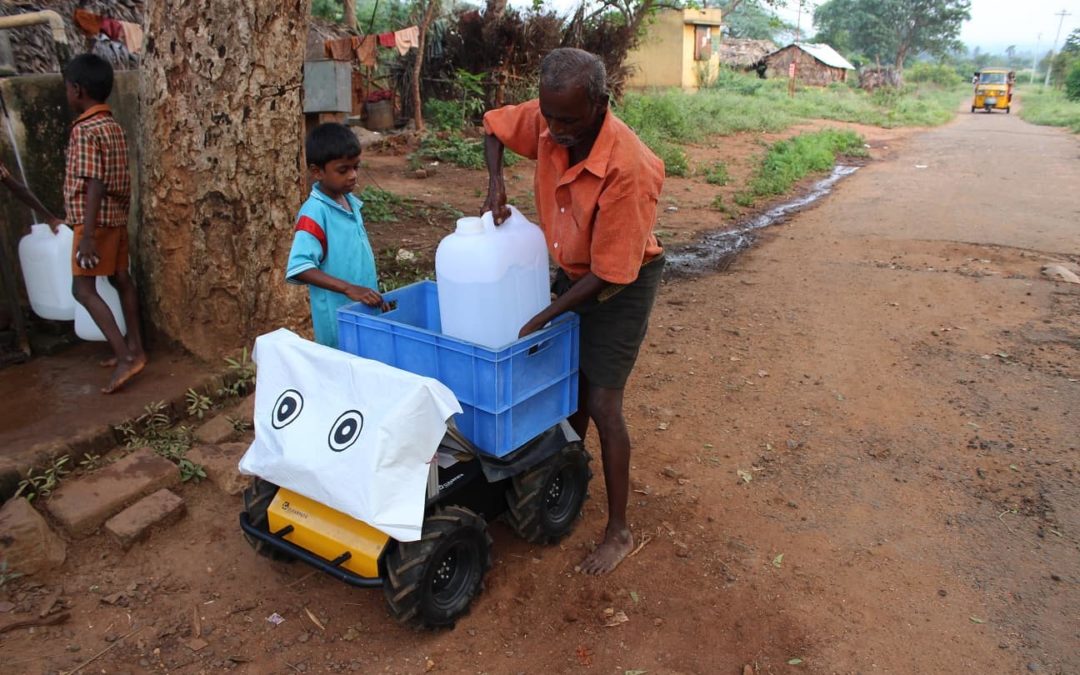 This could be the perfect solution to India’s water crisis. This is also the perfect marriage of rural development and digital transformation technologies such as robotics and Artificial Intelligence (AI). A four wheeled robot is now delivering water at a village in the southern part of India. It is part of a project being carried out by Amol Deshmukh, who is a research associate from the University of Glasgow. His university has partnered with researchers from Amrita University, in India. Husky, the name of the robot, has delivered water to around 200 residents in the Ayyampathy village of Tamil Nadu. The announcement was made by the University of Glasgow in a statement.

This customized Husky robot is remote-controlled, which can provide instructions to local villagers in their own language so that they are able to understand. The robot has been developed by the Canadian firm Clearpath Robotics. The innovative robot has been imparted a personality, which uses a synthetic male voice that can be activated by researchers using a remote control.

The excited villagers of Ayyampathy in Tamil Nadu, India, welcomed the water-carrying robot into their own community, although they have never experienced such a high end technology before. The project is being seen as a key aspect to help people, mainly women, who spend huge amounts of time as well as energy fetching water from the village wells. The fetching of potable water is a task which is overwhelmingly performed by women in rural India. Much to their astonishment, the four-wheeled robot has been able to help 200 residents of the village by carrying three 20-litre bottles at a one time.

More than half of the country’s population has little access to potable tap water at their homes. No wonder, they usually spend their time fetching water from nearby wells. The digital transformation technology can create a digital disruption in the lives of India’s rural population.

Greenubuntu Evangelist and Author at greenubuntu.com. Apart from being an environmentalist and passionate nature lover, Charukeshi Rajkumar has more than 35 years of software industry experience, with more than 20 years focused on Business and Functional Analysis, including team lead roles. She can be reached at charu@xtra.co.nz