A Poetic Tribute to the Mighty Pascagoula: The Mississippi’s Singing River 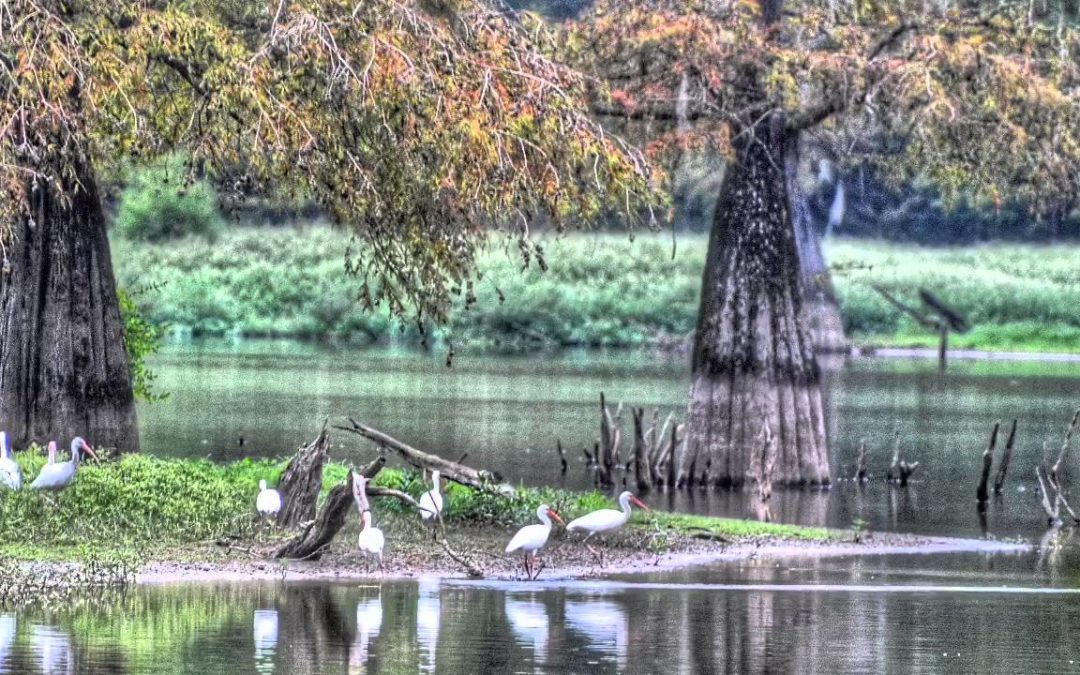 In moments of lucidity, Mississippi remembers an old friend, an old timorous friend, a nimble, whistling old friend flowing a basin across. The Pascagoula. Pascagoula River has only one famous story. How many stories can an 80 mile river have? Her people use it to name their shops and motels now.

Pascagoula did not make big bustling cities. She flows in a State not know for commerce. For forests and lands full of emerald grass and tiny white water lilies and Sandhill cranes who fly in strings, for magnolias growing close to the river, dropping their scented white petals into the lazy waters, for folks easy with their smiles, maybe. But not for money.

Pascagoula only flows. That’s what rivers do. It snakes and meanders and steps into the Gulf of Mexico gently, in its own unhurried pace making swamps of waltzing grasses at the delta. An osprey looks out for that bald eagle’s nest. He knows that the tree and the nest will remain. He may nest there next year. There’s time.

When she floods, the Pascagoula spreads her limbs lightly into her forests. Ancient cypresses gather their knees around them as the water rises. Then the friends come over. Pelicans and storks and birds of passage, taking a short halt on their remembered journey. They know the river and her forest with an ancient certainty, now new to the world.

Gulf sturgeons swim up the sea to spawn. They travel miles upriver without banging their heads in futility across a dam wall. The Pascagoula is undammed throughout its length. Her banks are not plastered around her body. She has the luxury to be confused and indecisive and to change her mind. Not many prospectors come here. Nor people raw with ambition to build dams and embankments and ports and jetties. Some folks do come a long way to visit her though. To listen to her story from people who love her.

A boy looks at the river with wide open eyes. The river looks back at him, unblinking. He has never seen a river flow that way. He doesn’t say much. He is from a place where “Worse things have happened”, where a flowing, undammed river is a sort of crime. Flowing for centuries lends a song to the lips. Like thin women milling flour in drought stricken villages of Marathwada or boatmen taking their tattered boats on the Padma.
A song is an inevitable effect of time.

Deep notes rise from the waters and then people say Pascagoula is a singing river. But if you try too hard to listen to her song and bring your baggage of ambitions and frustrations and a record player to make her famous, she will not sing to you.

Greenubuntu Evangelist Parineeta Dandekar is an Associate Coordinator with South Asia Network on Dams, Rivers and People (SANDRP). She is an avid environmentalist and is based in the United States of America (USA). Her work involves action research, writing and dissemination, advocacy and mobilization on issues related to large infrastructure affecting rivers, communities and ecosystems and highlighting the positive impacts of community led water management, river management, river rejuvenation initiatives across the state and the country.