Rivers have been an inherent part of our shared imagination 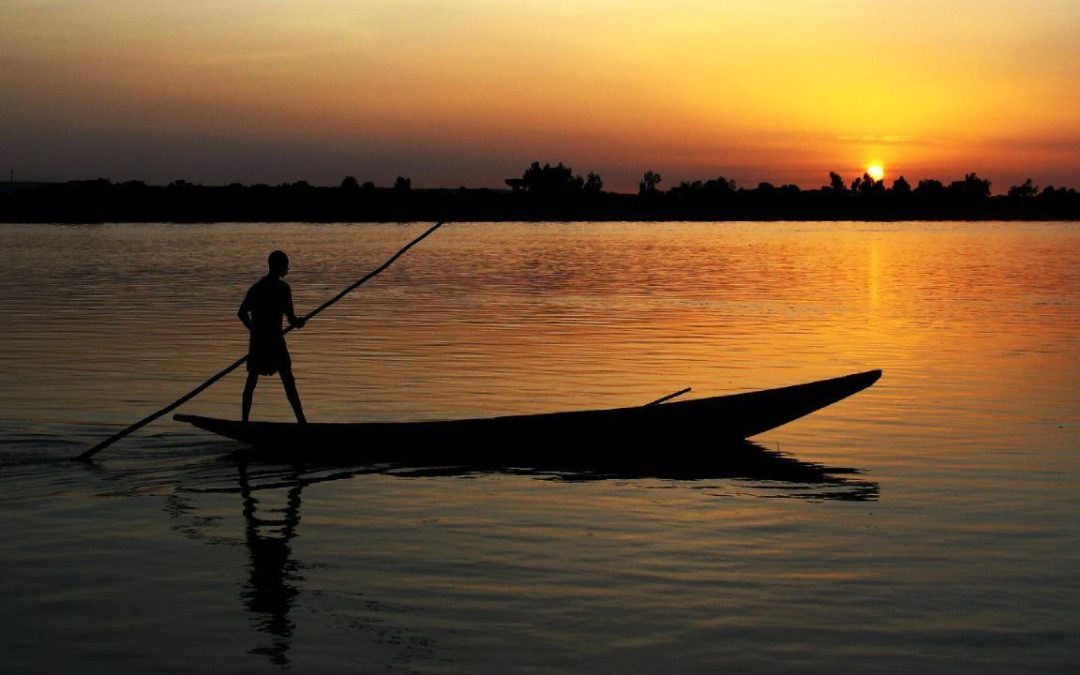 ‘To choose safe waters
is the route of imposters:
Those who love
take on the mighty river.’ (Seeking the Beloved, translations of Shah Abdul Latif Bhitai’s Poems)

In the inky, starless night, beautiful Sohni plunged into the flooded River Chenab to meet her beloved Mehwal, knowing well that she will never make it to the other side. Sohni is one of the seven heroines brought to life by Shah Abdul Latif Bhitai, a remarkable eighteenth century Sufi poet, mystic, and reformist living on the banks of Indus. Sohni was the wife of a potter, in love with Mahiwal, a cattle herder from the banks of Chenab. Like all poignant love stories, Sohni-Mahiwal’s tale was short lived but 300 years later, the legend flows through the Chenab and lives on in the songs of peasants. In Punjab, the land of five rivers, they sing of Sohni, of the roaring, helpless river and of mad, wilful love. The narrative is so unwrinkled and dewy that till this day, silent figures sweep the modest tombs of Sohni and Mahiwal, hoping that their love will meet a better fate. Like Sur Sohni (Sohni’s poem) from Shah jo Risalo (Poetry of the Shah) prophecized:

“Hundreds were by the river drowned,
But the river was drowned by this maiden.”

River Chenab, one of the biggest tributaries of the Indus River, flows from India to Pakistan. It’s not only a river of conflicts between two rivals, it is also known as the River of Love. (If unplanned hydroelectric power development on Chenab goes on unstopped, it will soon be known as River of Hydel Projects.) The Indian subcontinent is obsessed with rivers in many ways, but the Chenab holds a special place. In the din of river worship, it is said, “Ganga makes deities, Yamuna makes goddesses, but only Chenab’s waters can make a lover.” Some of the most lasting love stories of Punjab unfold on the banks of the Chenab. In the legend of Heer Ranjha, Chenab is said to have shifted away from the town that poisoned Heer. Written and sung sometime in the 17th and 18th centuries, the timelessness of these tragedies is such that films are fashioned from them even today. Even today, artists paint Sohni crossing the Chenab in their own hues.

Stories of love and loss are timeless. Like rivers, they speak of a strange, universal language. I did not understand this language for a long time. Growing up near the origin of Godavari, the third-longest river in India, amidst the biodiversity hotspot of the Western Ghats, I heard only of pollution, droughts, dams and an unimaginable number of water conflicts between counties and states. Our work dealt with understanding and writing about increasing water conflicts, ecosystems lost to pollution, communities marginalized by dams and rivers drying and ailing throughout the world.

In times like this, “love” seemed a subjective indulgence at best and a waste of time at worst. Civilizations bloomed along rivers, the cultural narrative of rivers permeated through generations, but how does it help us now? When Cape Town is hurtling towards Day Zero , Turkey and Iraq are fighting for the waters of the ancient Euphrates and India’s most ambitious dam built by killing a mighty river is going dry how can one trust something as abstract as river love? I found this discourse around river love mildly interesting, like a dated relic, but basically sound and fury.

That’s when I started noticing river names. It was a small idiosyncrasy. Rivers in South Asia have beautiful names, sometimes derived from Classic Sanskrit like Payaswini(flowing with nectar), Kumardhara (the virgin flow), Shitalakhya (the cool-eyed one), Lokpavani (one who blesses the land) – names based on the color, smell and meanders of the river. Then there were colloquial names with even more character like the Doiphodi, Urmodi, Daatpadi (head-breaker, chest-wrencher, teeth-smasher). Sometimes rivers travelled with migrants in their memories. Sikh soldiers fighting for the British in Hong Kong in the mid-19th century named small channels in Hong Kong after rivers of their homeland. Rivers were home! Later I found several such examples in many countries, including America. Rivers gave memorable names to cities too, like Arab poets describing Khartoum, where the Blue and White Nile meet as the “Longest Kiss in the History.”

There was a theme that recurred. Many river names meant just one thing: flow! “Ganga,” used generically for many rivers in India, means “She who flows.” Reva or Narmada, India’s most ancient river, means “the incessant sound of flow.” Pagladiya means “mad flow.” And this style of naming is not confined to India: the Rhine, Tigris, Yarra (Birrarung) all mean incessant, running rivers. The flow of the Pascagoula River at the mouth of the Mississippi made it a “singing river.” China’s Yongding River was originally known as Wuding or the wandering river as it flooded and willfully changed ways. In the 17th century when the river was “disciplined” by flood control works, its name was changed to a wishful “Yongding”: River with an eternally fixed course. The river did not take to the name completely and occasionally flooded to mark rebellion. Finally, it was dammed and diverted so many times, that there is no Yongding in Beijing today. It’s story died with the river. Our cultural understanding and the narrative of the river became more holistic and alive. As we looked at these meanings, the deafening silence of dammed rivers became more haunting.

While working on the Ganges and Teesta, two severely contested rivers between India and Bangladesh, we came across a genre of river songs sung by boatmen. The songs, known as Bhatiyali (songs of the low tide), were about a boatman’s journey down an unfathomable, boundless river. They were not always paens and salutations; instead, they were a very real dialogue, which had complaints and questions, longings and sometimes curses. Words and tunes fused together to create a genre that reflected the ebb and flow of a river.

Bangladesh’s loved poet Jasim Uddin says: “A long time ago, when man did not obstruct rivers to suit his petty needs, the river channels served as goodwill ambassadors to extensive geographical areas – a river originating in one country flowing through another, joining another river, forming a filigree of merging and diverging rivers – with the social and cultural heritage of one region blending into another, each drawing on the rich yet varied perspectives in the whole process of cultural evolution.” (Jasimuddin, Murshida Gaan, Dhaaka, 1977)

As tensions increase between India and Bangladesh over water sharing and with Teesta going dry because of a series of dams, Bhatiyali is a somewhat dying art form today.

With drying rivers, a part of our shared legacy is desiccating. This shared legacy bound people across the borders together; shared conflicts do just the opposite.

The cultural narrative of rivers that is not tied to religion knows no boundaries of nations and states. It flows with the river. It has an immense capacity for bringing people together. When indigenous artists from India and Australia were commissioned to paint a canvass together, they started at the opposite ends, to meet at the middle. Intuitively, the artists connected their work by painting a river, joining and merging imaginations across two continents.

The river that gives India its name, the Indus or the Sindhu, is not just a conflicted-ridden, dying river that does not meet the sea anymore. Folk near the Indus Delta believe that the flows of the Indus are governed by a bearded deity, riding a fish called Palla (who looks suspiciously like Zeus): the Jhulelal. Jhulelal (or Zindapir) transcends the shackles of Islam and Hindusim. At his shrine in Sehwan Sharif in Sindh, Pakistan, Shias, Sunnis, Hindus and Sikhs gather together in celebration. Women whirl through the Urs (festival) nights with abandon, religion is no barrier, and transgendersare treated with respect. Such is the unifying might of a mighty river god. As the Sindhu dries up, Jhulelal’s Palla no longer reaches its shrine. Suspicion and distrust grows where rivers run dry.

Today we talk of the Indus and her tributaries dispassionately across negotiating tables. We reduce a living river that created a civilization to gigalitres and megawatts, forgetting this strong, syncretic link which was alive until just a few decades ago. We belittle the nimbleness of the river and the devout simplicity of its people coming from afar to get a glimpse of the river saint. In doing so, we deny a part of the existence of the Sindhu. Rivers are not only about irrigation and hydropower and water supply. They are also about divinity, love, joy, music, dizzy whirling and an upward glance.

That is, when they are flowing.

From the ancient hymns of the Rigveda, circa 2000 BC, to the songs of Yangtze boatmen of China, from Robeson’s “Ol’ Man River” for the muddy Mississippi to Eminem’s “River”, rivers have been an inherent part of our shared imagination. They belong not only to bureaucrats, planners and dam builders, but also to communities, poets, singers, songwriters, storytellers, boatmen, fisherfolk, devotees, water lily collectors, children, ibis, crocodiles, otters, salmon and anyone who calls them their own.

We are all a little poorer when ownership of our rivers is concentrated in the hands of a few.
Songs, myths, poems and stories of rivers are not a part of our culture. They are our culture.

Note: An edited version of this was earlier published at: https://www.internationalrivers.org/blogs/433/we-are-rivers-south-asia-s-rivers-in-song-story