How dams in Australia cause floods and destroy environment 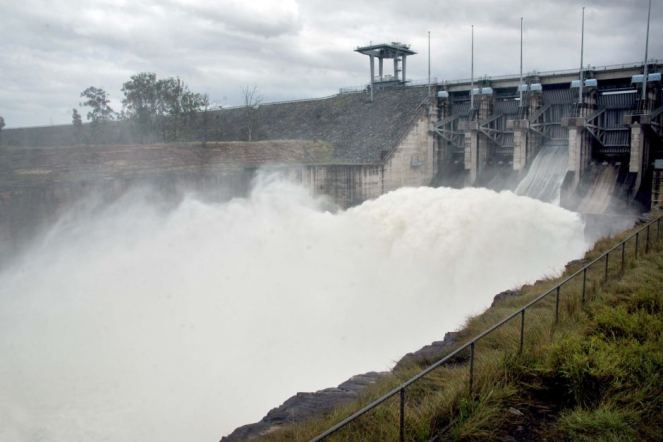 Probe into the operation of Queensland dam following the April 2017 floods Another instance of dam floods in Australia. This time Kinchant Dam in Queensland, and it is accused of allowing water level to rise to 103 per cent before starting releases only a day before the floods arrived, worsening the downstream floods. In downstream areas, the internet and text messages were not reaching people, leading to dramatic rescues and avoidable damages. The Queensland government has ordered an independent review of how a dam was operated before floods hit the Eton area in March-April 2017, south of Mackay, sparking dozens of dramatic rescues. https://www.brisbanetimes.com.au/national/queensland/probe-into-queensland-dam-after-dramatic-rescues-20170405-gvdxk6.html, https://www.dailymercury.com.au/news/exclusive-states-orders-independent-look-at-eton-d/3163103/ 5 April, 2017).

Experts cautioned about flooding due to dams in Australia

In June 2017, June 2017, Prof Suzanne Miller, Queensland Chief Scientist submitted 32-page report titled “Flooding in Sandy Creek Catchment, Mackay, following Tropical Cyclone Debbie: An independent Assessment-Report to the Minister of Energy, Biofuels and Water Supply”. The report said that rainfall was the main cause of flooding, but supported the Dam Safety Law amendment in Queensland. http://www.chiefscientist.qld.gov.au/images/documents/chiefscientist/pubs/reviews-audits/kinchant-dam-assessment.pdf
Role of Dams in 2011 Brisbane floods: Fear of embarrassment enhanced dam strategyThe 2011 DAM FLOODS case still ongoing in Australian courts: The Queensland Govt put water storage considerations before flood mitigation strategies while operating the state’s dams during the summer of 2011 partly out of fear of public “embarrassment’’, a Sydney court has been told. Despite more than one century of tradition that protection from flooding was the priority, the severe drought of the early 2000s appeared to have “changed perceptions,’’ Julian Sexton, SC, told the Queensland floods class action hearing.” The ongoing trial will continue for about two weeks. http://www.couriermail.com.au/news/queensland/2011-queensland-floods-class-action-peak-dam-releases-should-have-been-halved-lawyers-say/news-story/a6e117d0aad8c1f395e325444b20c59b

The plaintiffs’ case rests largely on the proposition that, had water been released from dams well before the flood peak, some of the damage could have been avoided. Mr Sexton reiterated that there was no doubt Brisbane would have experienced flooding regardless of dam operations, but it might have been significantly reduced if mitigation strategies had been properly employed, therefore, dams in Australia. http://www.theaustralian.com.au/national-affairs/state-politics/donothing-dam-plan-led-to-brisbane-flood-disaster-court-told/news-story/b454f9e5da0aee1b1c189934344e73f9?nk=6b26d3c32494d98ef7b2d67eb7d36209-1512466171

Engineers waited for water to fall on ground before taking action. “Class action lawyers contend failures on these points led to water being released from the dams too late, causing far greater flooding than would have occurred if water was released earlier and more gradually.” https://www.thechronicle.com.au/news/dam-operators-wedded-to-rain-on-the-ground-strateg/3283759/#/0
The operator of Queensland’s Wivenhoe Dam maintains it would have been “drastic” to pre-release water ahead of the 2011 floods based on predictions of extreme rainfall.
– Justice Robert Beech-Jones replied: “What if you were told there was a cyclone coming?”
– Mr O’Donnell said if there was a large-scale rainfall event predicted to go beyond flood-storage capacity, pre-releasing water would be “a great idea”.
– “The bureau’s advice has been you can’t rely on the forecasts for making operational decisions,” he said.
– “Our case will be that the consistent advice from the Bureau of Meteorology and the flood engineers’ own long experience in forecasts is that that is not a reliable thing to do,” he said. https://au.news.yahoo.com/qld/a/38204939/dam-operators-did-their-jobs-court-told/
Brisbane Dam operators tell court that victims of the Jan 2011 floods were responsible for contributory negligence!
– The victims of Queensland’s devastating 2011 floods are partly to blame for damage to their properties because they didn’t do enough to protect them and are guilty of “contributory negligence”, dam operators claim.
– Mr Owens said Seqwater contended she, too, should have known the land on which she built her house flooded in both 1893 and 1974. “It also contends she was guilty of contributory negligence in not doing enough to help herself before the flood,” he said. https://www.brisbanetimes.com.au/national/queensland/dam-operators-claim-queensland-flood-victims-were-partly-to-blame-20171207-p4yxid.html

Court told Wivenhoe Dam was at risk of collapse Brisbane (Australia) Dam operators claim in court that they had to make sudden releases to save the dam. http://www.couriermail.com.au/news/queensland/crime-and-justice/2011-floods-class-action-court-told-wivenhoe-dam-was-at-risk-of-collapse/news-story/30032c63276dc5e2882e2eda3c9216e5

[Note: While it is interesting that some of the arguments that Australian dam operators made in the court while being accused that they created avoidable flood disaster, as reported in above media reports, is somewhat similar to India’s dam operators made privately or to media. However, in India, unfortunately, in spite of clear evidence, the dam operators are never taken to the court to hold them accountable for their actions and it is not known if any court in India has ever even entertained such a petition or held the dam operators accountable. The Wivenhoe Dam class action suit is still ongoing in the court.] For dams in Australia.

Murray-Darling basin plan near collapse after Senate blocks changes The Murray-Darling basin plan to improve the health of Australia’s largest inland river system is hanging in the balance after the Senate blocked changes to reduce water recovery targets – a move that New South Wales and Victoria said would cause them to withdraw support. The Greens, NXT and Labor used their numbers in the Senate on to disallow the regulation by 32 votes to 30. The plan would have reduced the northern basin environmental water recovery target by 70bn litres or 18%. https://www.theguardian.com/australia-news/2018/feb/14/murr ay-darling-basin-plan-near-collapse-after-senate-blocks-changes (The Guardian, 14 Feb. 2018)

High flows improve vital signs of life for River Murray The high flows have led to the inundation of hundreds of wetlands and floodplains, sparking a flora and fauna explosion from trees and groundcovers to insects, invertebrates, fish, frogs, birds and mammals. Experts say the river is now enjoying its best health since the decade-long Millennium Drought in Australia, which ended in 2009.

Drought on the Murray River harms ocean life too This is an obvious fact, but is still relatively under-reported: That the health of the ocean depends on the river systems. If freshwater input is depleted, marine life collapses. A study has found that drought in the Murray River doesn’t just affect the river itself – it also affects the ecosystems that live in the ocean beyond. This shows that the health of the Murray River has a much bigger influence on the marine environment than we previously realised. https://theconversation.com/drought-on-the-murray-river-harms-ocean-life-too-88637