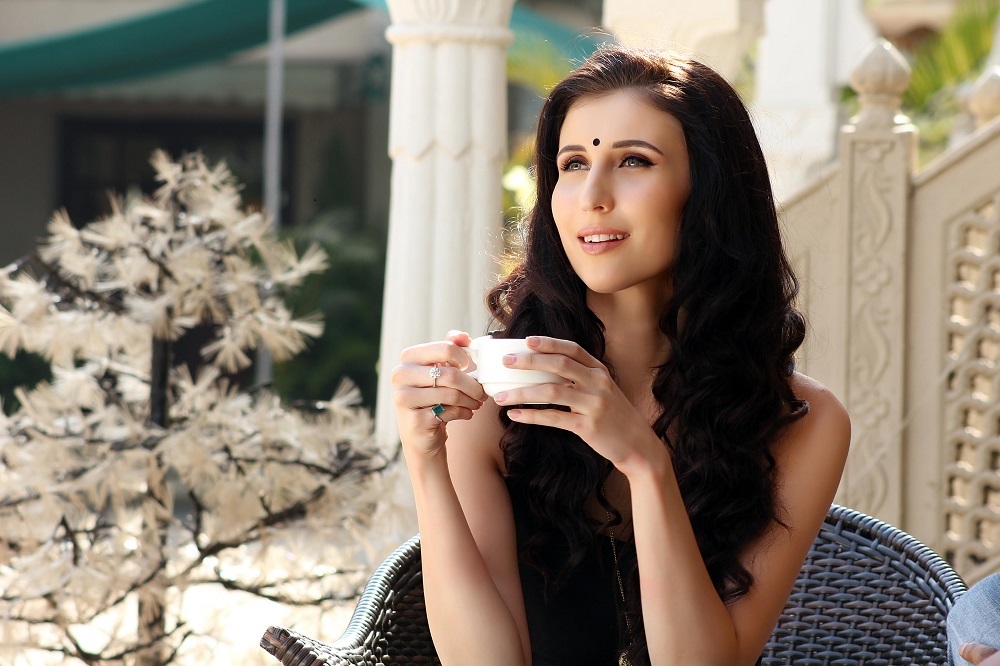 We all understand the problems that modern development and lifestyle have caused for humankind’s only habitat, which is planet Earth. Pollution, global warming and climate change are their peak. In such a situation, it is our responsibility to be sensitive towards our surroundings. Apart from the governments, institutions, and civil society, there are many people from the entertainment industry, who are passionate about the issue and are doing their bit for the environment. Claudia Ciesla, Bollywood actor and an erstwhile contestant of Bigg Boss Season 3, opens up about her love of nature and her care for the environment in a free-wheeling chat with Muqbil Ahmar, Editor-in- Chief, Greeenubuntu.com

Muqbil Ahmar: What do you do for the environment in your personal capacity? How do you think we can bring about a change?

Claudia Ciesla: I try to work for the environment to the best of my ability. An ordinary citizen can’t change the world. Having said that I believe that every step counts. Someone can prevent water from being wasted or someone can prevent trash from being thrown out of a car. Each one of us can contribute to the cause in our own ways. All these small steps go a long way towards ensuring the health of the environment.

Every step counts; need to change our mentality: Claudia Ciesla

If we all just take a minute out of our precious time and work for the environment, then that is time well spent.

We need to change our mentality. We all make mistakes but if all of us get together, the impact can be substantial. Back in Europe, everyone separates their waste so that it can be recycled properly.

Claudia Ciesla bats for enviroment with Muqbil Ahmar for greenubuntu.com

Muqbil Ahmar: How close are you to nature?

Claudia Ciesla: I am very close to nature. I grew up in Poland. We had our own bungalow, a small backyard full of flower and trees. As a child, I remember spending my afternoons outside in the lap of nature. One appreciates beautiful things in life when one is close to nature. But wrong decisions are leading to a degradation in the environment. Forests have been cut, which is leading to global warming.

I remember watching the movie Before the Flood made by Actor Leonardo DiCaprio. Actors like Sonam Kapoor supported the cause and asked people to watch it. In fact, the entire film industry came together to promote the film. I too asked many people on social media to watch the movie.

DiCaprio took great pains to make the movie. He traveled all over the world and met with scientists, activists and world leaders to discuss the dangers of climate change and the possible solutions to it. He discussed about climate change and melting of icebergs. We must take care of the environment. The earth is the only place that we can live in.

People are harming the environment for the sake of money. Forests are being cut. Industrialists and politicians are exploiting the environment. This corruption has to stop if one has to save the environment. The moment has come when we must get together. Extreme weather events like hurricanes are increasing in fury and intensity due to climate change and global warming.

Nature is beautiful and resilient, it will heal on its own: Claudia

I also feel that not all is lost. Nature is beautiful and resilient. When people stop causing harm to it, the earth and the environment will rejuvenate, rebuild and heal itself. Global warming will stop. People need to be made. I am sure they will be motivated enough to take initiatives on their own.

Muqbil Ahmar: Hollywood has been making films such as Leonardo DiCaprio’s ‘Before the Flood,’ ‘The Day After Tomorrow,’ or James Cameron’s ‘Avatar.’ Films that highlight environment issues. Do you think it is high time Bollywood also started doing the same? What role can films play in raising awareness about the environment?

When “Before the Flood” was released, many film industry people came together to promote it. I know of a documentary being made on the issue of water crisis for National Geographic. 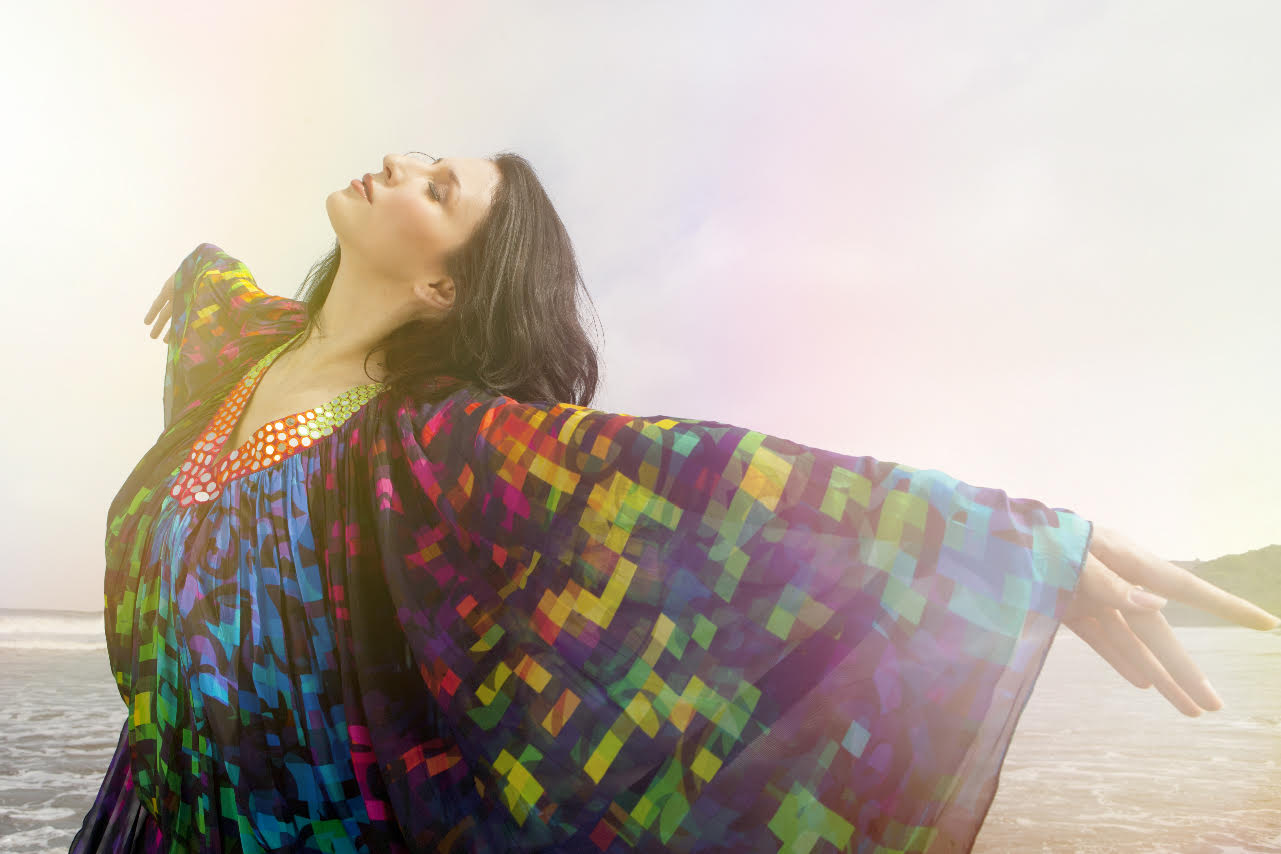 Claudia Ciesla bats for enviroment with Muqbil Ahmar for greenubuntu.com

Yash Raj always had picturesque locales in his movies, like mountains and hills, and flowers and valleys. That is also a way of promoting love for nature although the films don’t directly talk about it as Avatar has done. They still manage to show how beautiful the world is. This is also a way to promote the issue.

Muqbil Ahmar: How did Claudia Ciesla celebrate Diwali? Do you agree with the Supreme Court ban on crackers?

Claudia Ciesla: With respect to firecrackers, I have always been against them. They scare me.

Moreover, Delhi has a huge pollution problem. People die due to pollution. It is causing cancer, lung problems, asthma, etc.

The government was forced to take this kind of initiative. It was necessary. They should do it not only in Delhi but all over India.

I celebrated Diwali with my friends in Bombay, and I can say that pollution was lesser this time. Many people took initiatives and came together to promote the concept of Green Diwali. The noise and air pollution due to firecrackers was lesser than before. Things will change step by step.

Muqbil Ahmar: What do you think about the odd-even rule that was brought in Delhi?

Claudia Ciesla: My friends tell me that the odd-even initiative worked in Delhi. However, it is another matter that people started buying more cars. I don’t know if it was the right solution but somehow it worked.

I have always liked Delhi because it is so green. I miss that in Bombay. During my last visit to Bareilly, I had a wonderful time travelling. I enjoyed the journey because I could see the farmers, greenery, and nature. It was beautiful and gave me peace of mind.

Muqbil Ahmar: Claudia Ciesla has always been involved in green initiatives. Tell us more about them.

Claudia Ciesla: I have participated in tree planting drives. I like to support those causes because I think it is important to spread awareness about such issues. I love to travel and being with nature. I feel connected.

Muqbil Ahmar: What is your advice to your fans and followers?

Claudia Ciesla: I would ask my fans and followers hem to care for the environment. Moreover, I would ask them to develop a love for nature. People can be in stress due to different reasons but nature is a wonderful stress buster. No matter, what my state of mind is, nature and environment have always had a very positive and good impact on me.