Earth Day 2018: Let’s pledge to end plastic pollution and use 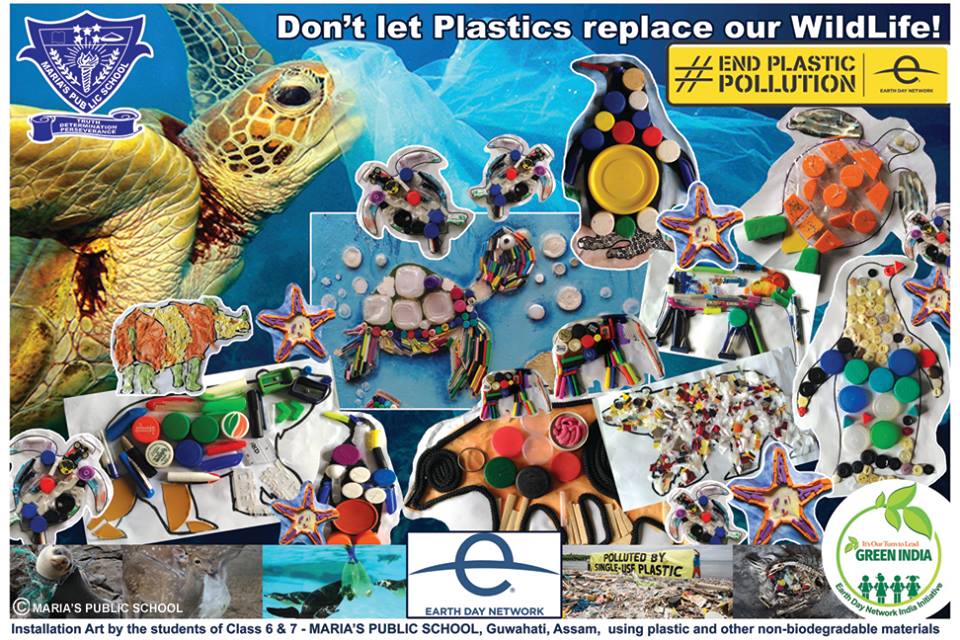 People around the globe are coming together to celebrate the Earth Day 2018. They are organizing marches, signing petitions, meeting officials, planting trees, cleaning up towns and roads across the world. This day is meant to emphasize the need to protect planet Earth and the environment. According to the Earth Day Network, this year’s Earth Day 2018 has been dedicated to spreading awareness about pollution caused by plastic and its products as well as the need to end its use. Plastics are poisoning and injuring marine life (leading to the deaths of hundreds and thousands of marine animals). They are also present in food due to packaging and disrupting human hormones. Such presence is leading to major life-threatening diseases. The exponential growth of plastics and its use is seriously threatening the planet’s survival.

“About the plastic ban, I think how they are going to implement it on the ground is the big question. Just banning is not enough, what is crucial is implementation. There are states which have a plastic ban, but you still see plastics. If you go to states such as Uttarakhand, Himachal, or Kashmir, you would see the ravines of plastic. Plastic is the wrapper of most consumer goods. So, whether it is biscuits or chips, it is present. People are consuming and throwing. The existence of plastic ravines shows there are no collection systems to manage waste. So there is no collection, segregation, disposal, upcycle and downcycle,” says environmentalist and Bollywood actor Dia Mirza, who is also the UN goodwill ambassador for environment from India.

“The world is coming together to fight plastic pollution. We must remember plastic cannot be recycled infinitely. It has a limitation. They can be recycled only 7 times. Otherwise, it stays in the system for 500 years. It is a terrible piece of utility,” adds Dia Mirza.

Plastics statistics concerning India are alarming:
• In India, total generation of plastic waste is approximately 5.6 million tons per annum. Plastic waste constitutes 9-10% of the local waste collected daily.
• Over 15,000 tons of plastic waste is generated in major cities of India every day. Of this, 6,000 tons stays uncollected. Cities like Bangalore generate 10,50,000 kg of plastic garbage every day. India’s contribution to plastic waste dumped into the Indian Ocean is a whopping 60 percent.

Earth Day 2018 and its relevance

First celebrated in the United States (US) in 1970, the idea was propounded by Gaylord Nelson (a US senator from Wisconsin). Nelson had been witness to devastation caused by oil spill in Santa Barbara, California (in 1969). The Earth Day is celebrated by 192 countries. It is observed every year on April 22. Earth Day 2018 is significant for political action and civic participation in preserving the planet Earth. The Earth Day Network leads Earth Day celebrations worldwide.