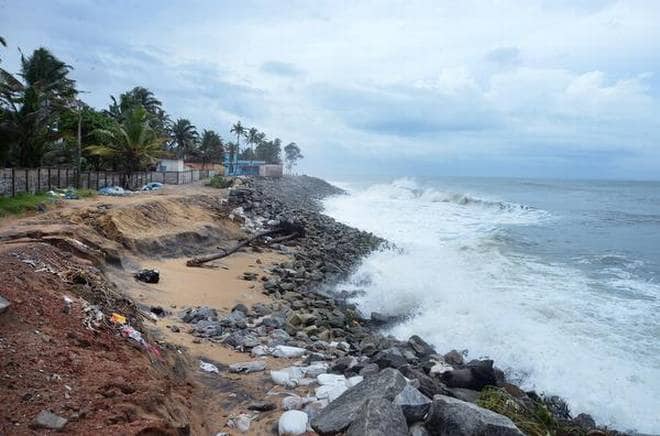 The Ullal Town Municipal Council, with a population of about 54,000 is Mangalore sub-district’s most populous town municipal council located in Mangalore sub district of Dakshina Kannada district in the state Karnataka in India. The total geographical area of Ullal town municipal council is 11 km2 and it is the smallest city by area in the sub district. Population density of the city is 4840 persons per km2. There are 27 wards in the city, among them Ullal Ward No 1, 8 and 27 are high-risk zones affected by Coastal Erosion and they are among the most populous wards after Ward 13 with a population of 3497. Ullal Ward No 21 is the least populous ward with population of 769.

On 09-12-2014, Ullal City Municipal Council was formed. The Town Municipal Council (TMC) Ullal was constituted in 2006. It is situated about 12 km away from Mangalore. Ullal is located at 12°-48° N latitude and 74°-51° E longitude. It comprises two revenue villages Ullal and Parmannur. It has population of 53808 as per 2011 Census. The CMC has 27 wards and equal number of councilors. Ullal CMC stretches to an area of 11.8 Sq Km. The Bajpe International Airport is 34 km away from Ullal. Ullal City is one of the oldest cities in India. In the fifteenth century, the city came under the rule of the Portuguese. Still, the remains of its glorious history can be seen on the beaches and other parts of Ullal.

The demographic profile of Ullal CMC indicates (2011 Census) Muslims 56.10%, Hindus 34.48% and Christians 9.34%. Ullal has a great history of communal harmony. People from all communities participate in the in the ‘Uroose’ festival celebrated with fanfare once in five years in the Sayyed Madani Durga. But it is also a matter of worry that the inclusive fabric of the city is also under pressure due to the sporadic instances of flash points along communal lines. This city is an important trading center for fish and fish manure. Fishing and Beedi rolling are the main occupations of the residents of this city.

The history of Ullal changed with the due course of time along with socio, political, and cultural issues that reflect the failure of the administrative system to provide security to public in view of the coastal hazards that the region faces like the current issue of Coastal Erosion.

Karishma is a Post Graduate from the Tata Institute of Social Sciences, Mumbai and a Social Science Researcher. After completing her master’s in Sociology, she is currently into Disaster Management and is writing a Thesis on Climate Change effects on internally displaced Migrant Workers in Delhi. She has covered Arts, Disaster-Tourism, Eco-travel, Public relations and Community Interaction Practices in diverse settings. She has experience of working with hazard affected Communities in the Challenging Environment of Droughts and endangered areas of Sea erosion. She is an greenubuntu evangelist and author.