Introducing the World’s first green car Lina made in Netherlands 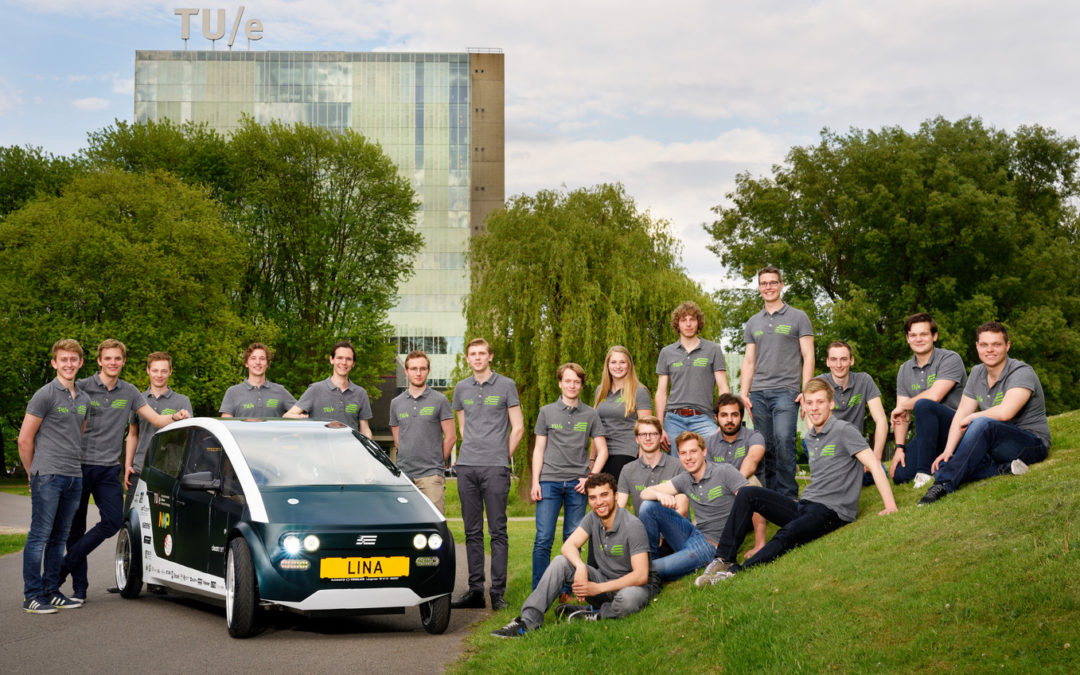 Trying to improve the environment as well as developing an eco-friendly and sustainable product, passionate students of one of the universities in the Netherlands have built a biodegradable car that is electric-powered. The parts of the green car have been made from sugar beet as well as flax. It is called Lina. The extremely light weight car can carry about four passengers. It can race at its top speed of about 50 mph, no mean achievement. The innovators are studying in the Ecomotive Department of the Eindhoven University of Technology.

The green crusaders optimistically aver and point out that this green vehicle may well be the next huge step in ecofriendly motoring. Definitely if the product is a hit, it could become the catalyst for pushing the growth of many more environment-friendly technology within the automotive industry. The green biodegradable car Lina is made from sheets of the Dutch flax. The highly flexible and robust material has a strength-to-weight ratio that is the same as fiber glass. Consequently, the sustainable car weighs just 310 kg (which is around 684 lbs).

However, the wheels as well as the suspension system are still made of materials that are not bio-degradable. The developer students of the eco-locomotive team are optimistic about what the green car can achieve in terms of sustainable development and providing a model to the world on how green technology is not an option but a necessity to protect the environment. However, as the car Lina hasn’t been put through crash tests, it will be difficult to spot it on the streets of the Netherlands. There is a technical reason why the electric vehicle has not been put through a crash test.

This is because of the fact that the bio material could break, unlike metals which bend in the event of a collision, says a student and a key member of the automotive team. The green automobile team hopes that they will be able to offer the biodegradable car Lina for a test drive, once the Netherlands Vehicle Authority approves the green car. In fact, environment friendly vehicles and automobiles are the way forward for the automobile industry, which is already struggling with mounting costs of building material as well as fossil fuels like petrol and diesel which power them. Such efforts could be key to cutting down air pollution as well as fight serious environment problems facing the Earth, such as global warming and climate change. Vehicular pollution is one of the major contributors to environment degradation.

Global warming, climate change, as well as environmental degradation now confront mankind. Although it’s another matter that US President Donald Trump has pulled the USA out of the Paris Climate Accord. NASA—also part of the United States—figures point out globally temperatures have increased by over 1 degree since 1880; also, 9 out of the 10 hottest years occurred after 2000. By 2012, Arctic ice shrank to the lowest level. Internationally, sea levels are going up at 3.4 mm per year. It is just a matter of time before human habitation, particularly in the coastal areas, starts getting submerged.

There is an environmental crisis which is staring at us. In spite of the many measures taken at the Centre and state governments as well as by civil society groups, there hasn’t been any significant cutting down on air pollution levels or the dangerous particulate matter pollutants that are present in the air. In fact, the episode of Delhi Smog was a case that must be considered as a wake up call for people in India. It must be seen as a reality check of the kind of air pollution that exists in some of the biggest cities of India. Air quality reduced to hazardous levels of pollution. A World Health Organization (WHO)’s study of 1,600 cities ranks the national capital Delhi the most polluted. Air pollution was 40 times more than permissible safety limits prescribed by the WHO and 15 times greater than Indian standards. It’s high time India takes the cue from such technologies. The time to act is now.