Ganga Pollution is Killing the Ganges, India’s Most Sacred River 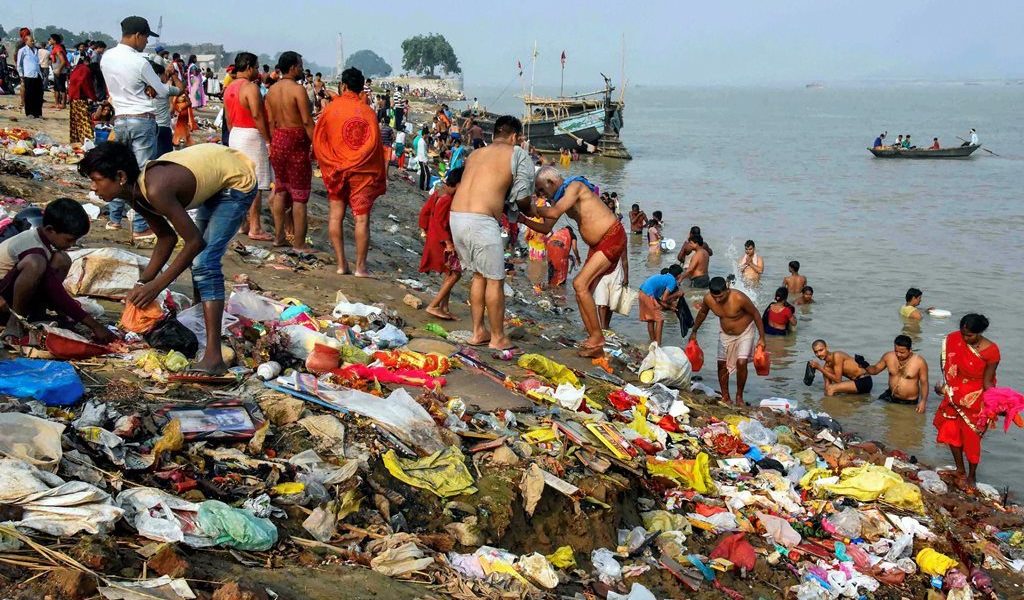 We all are aware of the fact that most of the civilizations developed near rivers. Even over the course of history, many great cities grew on the banks of rivers around the globe. This is because rivers enrich the soil for crop growth and provide easy transportation for people and cargo. Human activities are taking a heavy toll on the world’s rivers. According to a report published by the Central Water Commission, 42 rivers in India are polluted with at least two toxic heavy metals. Water quality monitoring issues in Indian rivers have emerged as a critical challenge, be it due to industrial effluents or domestic waste, all the contaminants are finding their way to rivers and adversely affecting their health. India’s rivers receive millions of litres of sewage as well as industrial and agricultural wastes. Most of the rivers have become sewage drains.

The Ganges is the world’s third largest river, measured in water output rather than length or width and one of the longest rivers to flow through India. The word Ganga means to flow. It is one of the fundamental threads of the nation’s spiritual and cultural ethos. It is a wide and sluggish stream, flowing through one of the most fertile and densely populated regions. Many of India’s most sacred places – Rishikesh, Haridwar, Prayagraj (Allahabad) and Kashi (Varanasi) are along its banks. But the present situation of this river is worse, the holy river has turned out to be a massive sewer. The national river is polluted with five metals- chromium, copper, nickel, lead and iron. I have written a few lines for our national river Ganga.

The significance and depth of this river could be felt by reading the above lines, what Ganga means to us, it is the harbinger of life and cultural soul of our nation. It is a sacred river for Hindus, they believe that taking a dip in the river will wash away all sins. Performing rituals for the forefathers in the Ganga helped them to attain moksha (emancipation). Being a perennial river, Ganga serves as a source of irrigation for the agricultural land on its banks and the major food crops of India such as paddy and wheat are cultivated in the Gangetic region, more than 420 million people rely on it for food, agriculture, water, etc. It is rich in biodiversity and supports a wide range of flora and fauna.

Various actions have been taken by the government, like in 1986, the government had launched the first phase of GAP-I (Ganga Action Plan I) then extended to GAP-II, NRCP (National river conservation plan) was launched in 1995, after that in 2009 NGRBA (National Ganga River Basin Authority) was started then a project under a separate ministry for Ganga Rejuvenation was launched known as Namami Gange. Despite repeated efforts, Ganga is still struggling to cope with the pollution.

Several challenges like treatment of sewage, not only domestic sewage but also toxic effluents from tanneries of Kanpur are being faced during the cleaning process. A river is a self-purifying system but only when water continuously flows through it. Due to barrages, canal diversions and waste, the natural path is altered hence river’s self cleaning feature is lost.

There is a discord between ritual veneration and the ways we treat our rivers. Every pilgrimage adds to the trash burden on rivers. Most sensitive problem is the pollution associated with cultural and religious celebrations. According to a survey by Uttar Pradesh Pollution Control Board, the Maha Kumbh Mela in 2013 – where 120 million people participated marked 70% increase in the Organic Pollution Level of the river.

It is quite evident that this river commands a great respect among the people, now a question arises that why they are neither demanding a clean river nor doing something about it?? The common response we often get is, we need laws to conserve it. But people need to understand that the spirituality and divinity of the river is only because it is a life giver as it provide us with various resources, nourishes the soil and makes habitable conditions but what if we start killing it’s life giving properties?

Pollution! we can’t drink the water or grow our crops in the contaminated soil. The spirituality of the river is decaying. It is said that Ganga has the power to treat skin infections, it is because there are lots of medicinal plants in its path which adds up to this property. When you start disturbing its natural path, ultimately its
property would be lost.

I agree, there are loop holes in the Government’s action plans through which they are trying to tackle but being the citizens of this nation we too have some moral duties to protect our environment and our holy river. Considering the present scenario we need to emphasize on individual efforts; need to take responsibility and needful actions. In fact it’s hypothetical to demand change unless we do so. Little changes like generating awareness among people and their immediate response to the problem like stop bathing, open defecation, dumping and discharge of waste in or around the water body, etc. These small efforts by the citizens can make a difference
when put together as a whole. It is well said by MK Gandhi: Be the change you want to see in the world; as change begins from within. Ganga’s lost glory and divinity will be restored not immediately, but definitely.