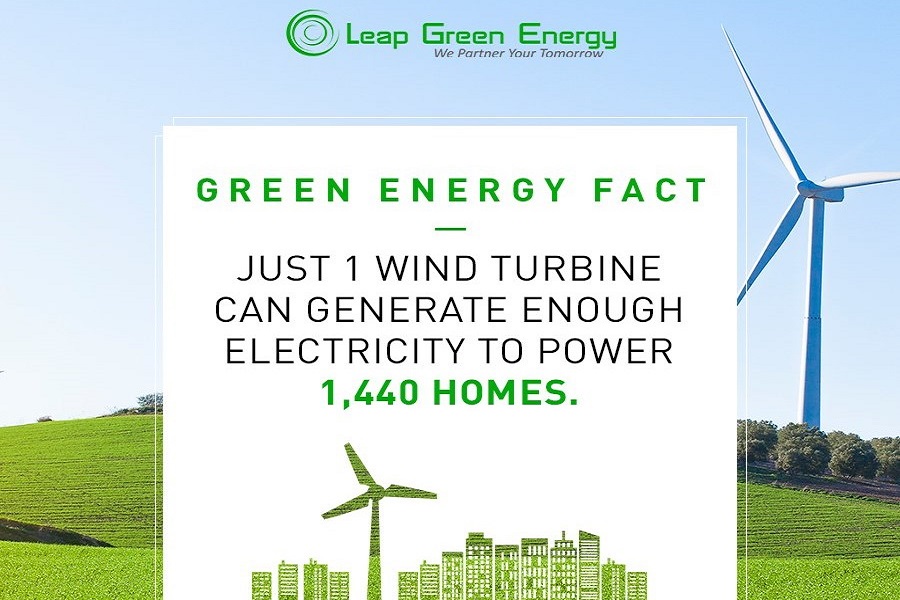 Clean and renewable energy generation company Leap Green Energy has said that it looks to increase the power generation capacity to 2 GW from the current operational 751 MW. It also plans fund infusions of around $300 million.

The organization expects to possess an installed capacity of more than 2 GW by the financial year FY 2020, the Leap Green Energy statement said. The company presently has the operational capacity of 751 MW of wind power assets as well as 400 MW of under-construction wind energy assets.

In order to meet the much required capital requirements for the plans of such an expansion, the company is also planning fund infusions to the amount of more than $300 million. The state electricity boards (SEBs) and different other industrial as well as commercial corporate consumers will be the prospective users of the generated power capacity, the statement added.

The company says that the robust expansion is due to growing demand. Its revenue was Rs. 525 crore, which was generated in FY 2017–18 alone.

“As we go forward, wind energy will be our focus area, with a few of the ventures into solar as well as hybrid energy. We have been quite fortunate to be associated with the Indian state of Tamil Nadu, and we are forecasting the wind energy for the entire state of Tamil Nadu with the help of our new technology. Wind Power has great potential in India. We are glad to be part of the growth journey in India as well as across the world,” said Rajeev Karthikeyan, who is the Founder as well as the Managing Director of Leap Green Energy.

LGE basically operates from the states of Rajasthan, Madhya Pradesh, Tamil Nadu, Maharashtra, and Gujarat and has plans to enter other states. The demand for wind energy is exponentially growing and is applicable across the diverse functions, including malls as well as shopping centers, hospitals, and banks.