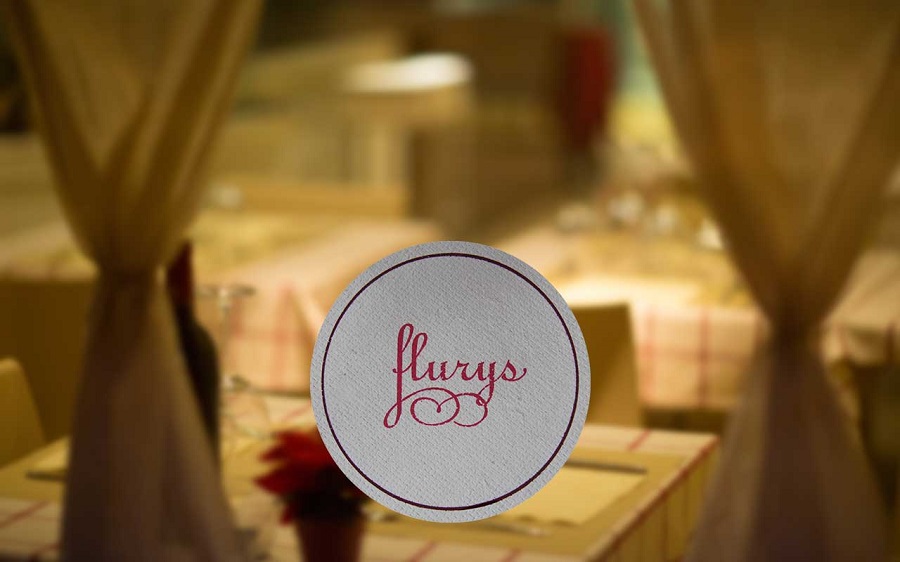 This is a place you won’t forget in a hurry: crumbly cubed cake and fudgy rum balls, not to mention the plum cake, which you have to take home for later delights. Flaky chicken patties and delicate asparagus rolls. Earl Grey tea along with puffed patties will remind you of your early dates and student life, of friends of yore and college buddies. Kolkata’s Flurys isn’t just another picturesque and fascinating coffee shop: it represents five generations of nostalgic memories.

This iconic bakery of Calcutta was opened in 1927 by a Swiss couple, Joseph and Frieda Flury as a tea and confectionary shop, which later went on to become a hip eat-out in the heart of the city. In the days of the British, English families and affluent Indians congregated for breakfast at Flurys, especially on Sundays. It is still known for serving the best Swiss and international delicacies, including cakes, creamy pastries, rice puddings, and the best hand-made Swiss chocolates. That is the reason why, even today, there is a patient queue of people waiting to get in, particularly on the weekends. And that too in a city already teeming with thousands of trendy restaurants, Before Christmas, nostalgic diners wait for hours to buy their boozy plum cakes. During Durga Puja, Flurys runs round the clock for three days, feeding the tired, pandal-hopping crowds with hot tea, roast chicken sandwiches and peach melbas.

I remember the first time I heard about Flurys: in 2004, while watching ‘Parineeta,’ adapted from its 1914 namesake novella by Sarat Chandra Chattopadhyay, I came to know about this famous patisserie located in Park Street. The name, Flurys, seemed to convey a sense of flighty delightful pleasure, and an exclusive one at that. Well, I didn’t get to experience it until 2013, when on a hot and humid day, I set out to explore Kolkata, in its rich flavors and culinary heritage.

By then I’d forgotten about Flurys, tucked away in some unknown corner of my mind. Passing by the nooks and crannies of the city, I discovered many nuggets of good old places in the old Calcuttan suburbs like Chowringhee, Shakespeare Sarani, Camac Street, etc. It was then that I was suddenly confronted with the aroma of freshly baked loaves of breads, cakes, and scones as I went though the Britannia plant on Hungerford Street. The old neighborhoods brought back memories of exploration. 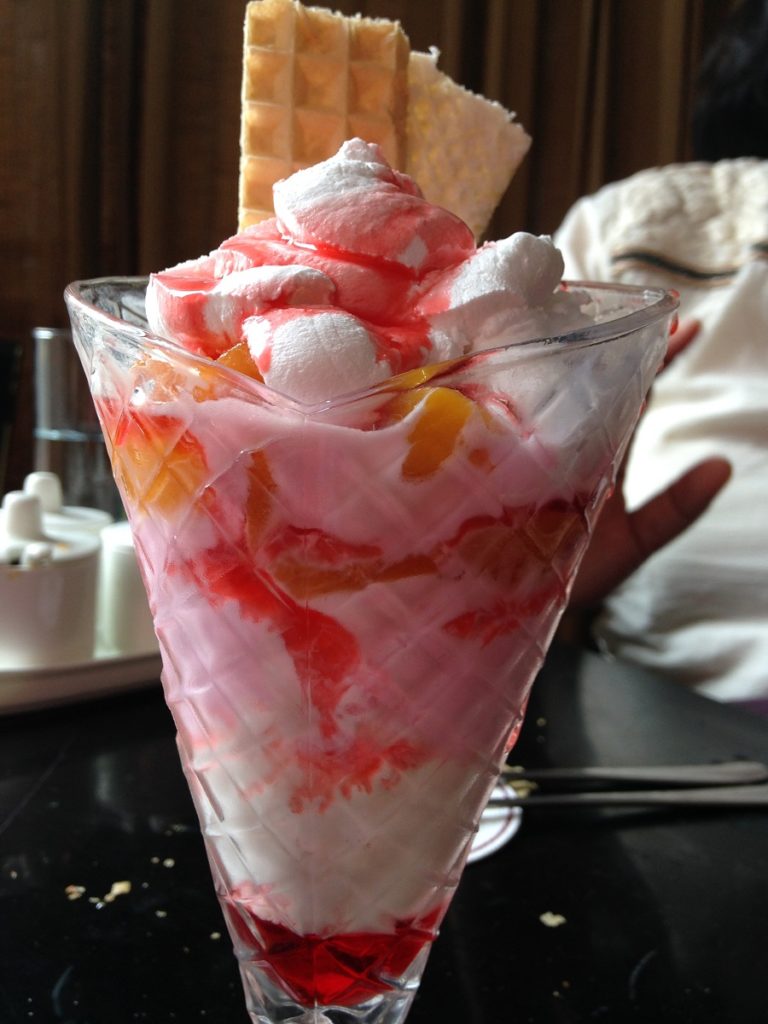 At the crossroads of Park Street, Calcutta’s most famous neighborhood, I suddenly came face to face with the pink-and-white calligraphy on a signboard on an old mansion. I had arrived at Flurys, the iconic bakery. I was overcome at the sight of  finding it right in front. A scene from the movie played out in my mind and I felt ready to explore the patisserie. 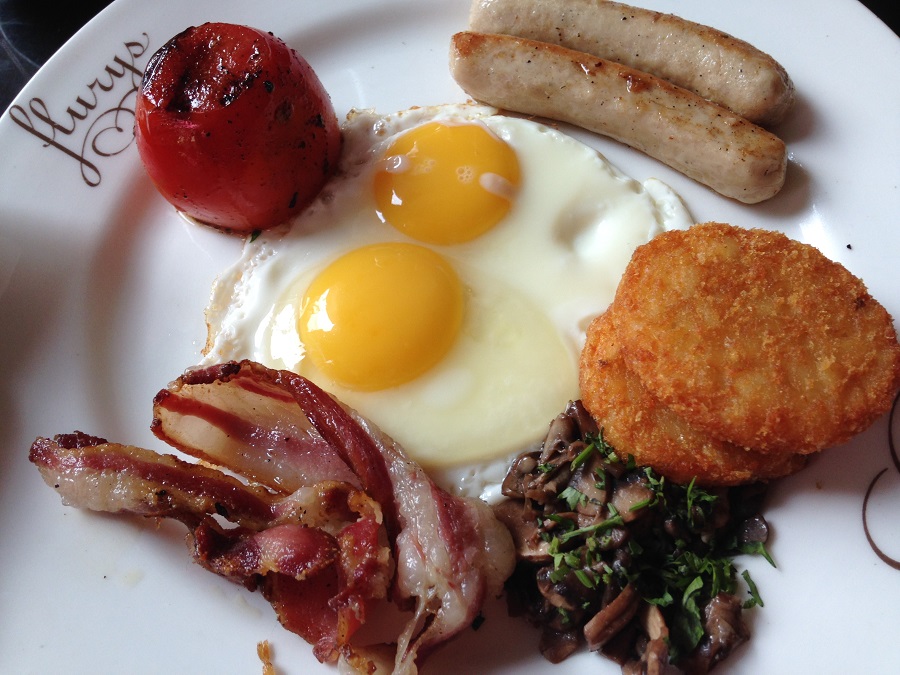 The head waiter informed me that Satyajit Ray used to turn up at Flurys chucking his favorite adda – The Coffee House at College Street – for a gooey bite. He is said to have maintained a credit account at Flurys during his college years at St. Xavier’s College. One of his colleagues from the same college was LN Mittal, the steel magnate, who was a regular visitor at Flurys during his college days. Several famous Bollywood film stars from used to visit Flurys during their trips to Kolkata. Flurys was also a hit with with Dilip Kumar and Raj Kapoor.

Over time, Flurys has played the role of a perfect cupid by being the most hangout-friendly jaunt for the boys of Xaviers and the girls of Loreto, where hundreds of love stories have blossomed. To this day, Flurys remains a haven for love-smitten couples.

Scanning the menu, I ordered an Earl Grey tea along with chicken puff patties. This was followed by a cheese chicken sandwich and some hot chocolate cakes and pastries. The sandwich was everything that I had expected! Creamy filling in the sandwich with lots of chicken shreds. I liked the lightly toasted breads, not too chewy – not too crunchy! Next, I found Red Velvet cake delicious, though quite pricey. Some of the must-haves at this dainty place include English Breakfast, Chocolate Mousse, Tea & Coffee, Apple Pie, Cinnamon Roll, Chicken Patty, Swiss Sandwich, Coronation Chicken Filled Croissant, and Peach Melba. 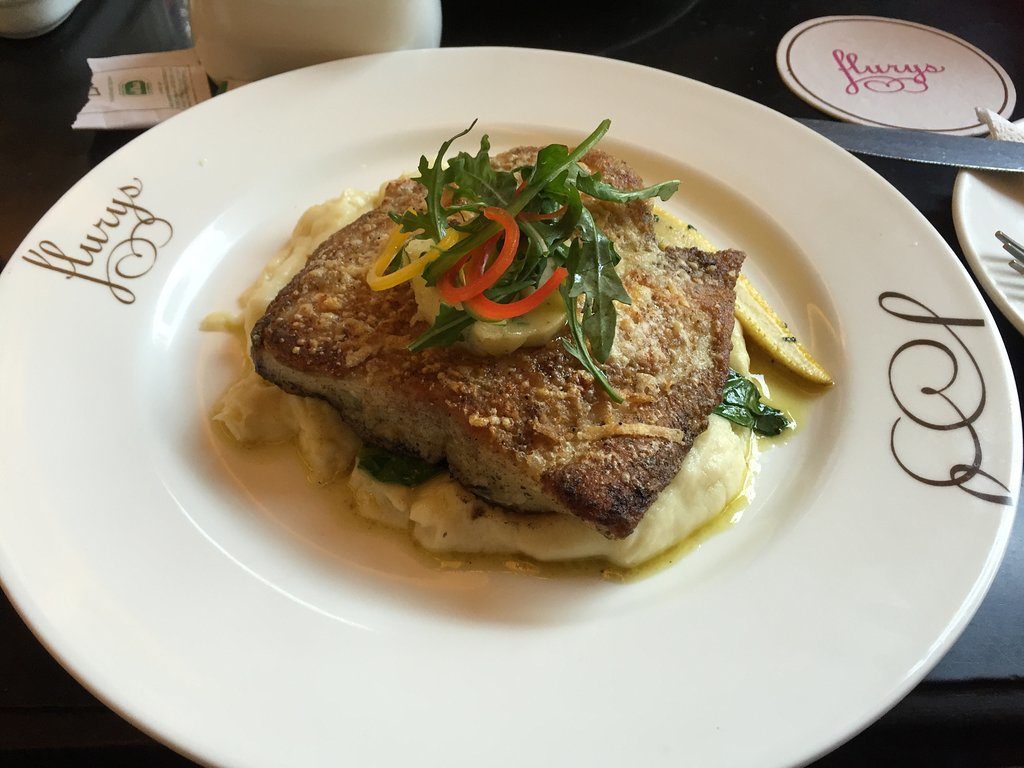 Being a foodie and food writer, I have my own dogmas when it comes to writing on culinary themes. For example, whenever I visit the iconic restaurants or eateries in the country, I always make it a point to jot down my experiences in my diary and fasten the bill alongside it. I believe, together they make for some fond and bountiful memories about my culinary adventures. This tale is about the Best Bakery in Kolkata and one of those really fond memories.

So, when you’re in Kolkata do head out to Flurys for a refreshing breakfast and some of those oven fresh baked goodies, and give your day a fresh start!! The sweet aroma of those freshly baked goodies, hot from the oven, is something that would keep calling you back to Flurys.