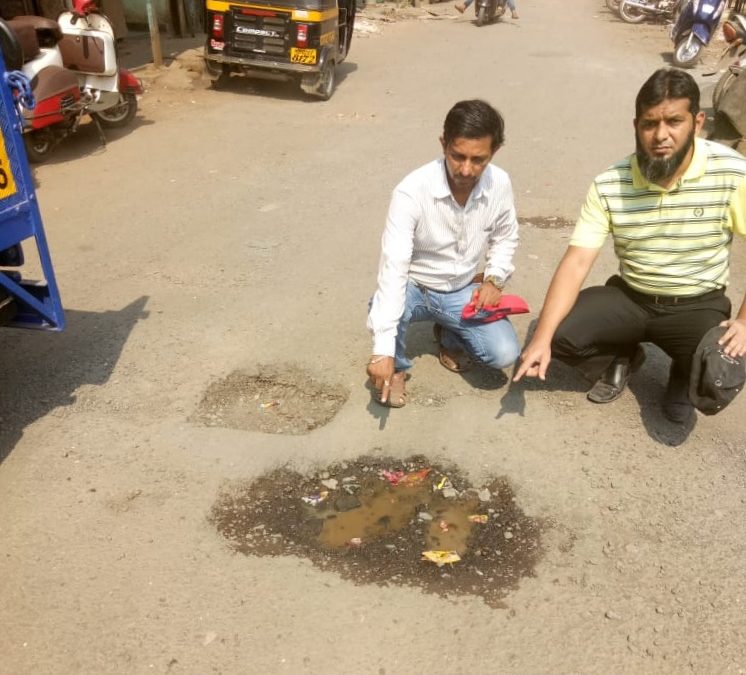 Initially man systematically clears the natural environment to build roads, and then does not even bother to ensure that the roads are in safe condition. One of the common perils of urban driving in India is the numerous potholes that we encounter on the roads. Due to potholes, the vehicles get damaged, the riders get disoriented, and sudden accidents are caused unnecessarily due to which there may be injury or even loss of precious human lives. Therefore, the need for environmental safety.

As per a study on this matter, it was found that 6672 deaths were caused due to pothole accidents in 2014. This is the state of environmental safety. Even the Supreme Court admitted that the steady increase in pothole related injuries and deaths is frightening, and pointed out to environmental safety. While most private citizens try to avoid potholes or curse the authorities for not doing their job well, Irfan Machiwala and Mushtaque Ansari decided to do something about these un-repaired potholes. Irfan has dedicated his life for seeking solution to many public causes and this is just one of his latest projects.

They realized that most complaints about potholes are unattended to immediately by the Municipal authorities for various reasons. There may be a confusion of whose jurisdiction the road comes under, whether it is between different authorities like BMC, PWD and MMRDA? The excuses for delay/non-repair of potholes vary from vacancy of engineers, non renewal of contracts, use of low quality tar, adulteration of repair material by removal of bitumen, etc. Corporators go abroad to learn the latest technology for road repairs, yet don’t implement it here. Therefore, the need for environmental safety.

In the meanwhile, citizens are exposed to the unnecessary danger in their urban environment. So on a scooter, Irfan along with his friend Mustaque Ansari, collected sacks of abandoned construction debris. Instead of just passing by the huge potholes that all of us see on the road, with a hammer and shovel they started to fill the potholes with brick and stone pieces which were later flattened by the vehicle wheels. Their intention was to provide a temporary safe environment for the vehicle riders and also to shame the authorities to take quick permanent action.

They have personally filled more than 180 potholes in one season alone and probably have saved many more lives by providing a safer environment to vehicle riders. If more private citizens like Irfan Machiwala and Mustaque Ansari take such public responsibilities, our city would have a safer environment for us to live in.