How Anwar Khan Transformed A Mumbai Dumping Ground to A Garden 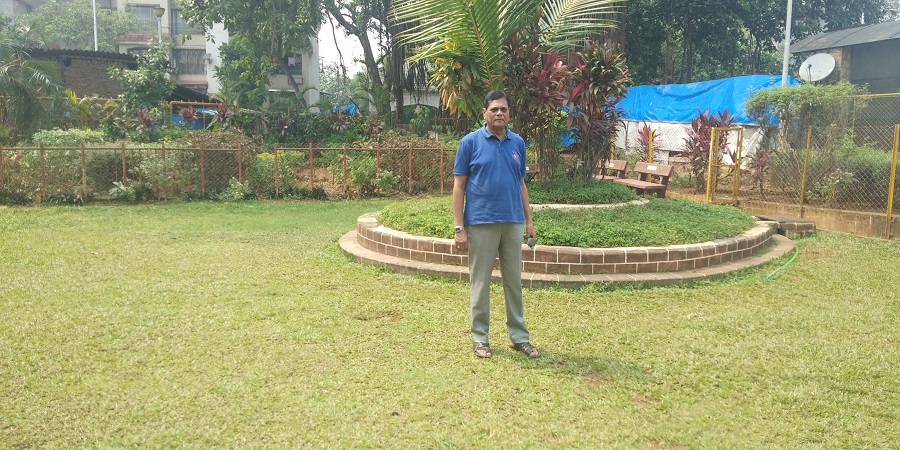 A lot of people around Mahim recognize Mr. Anwar Khan who along with his team has been tirelessly working since decades on many projects for the welfare of the community. One of the workshops that he took full responsibility for is the creation of the Nakhuda garden. He remembers how this public place opposite the traffic police stand was completely taken over by anti social elements and used as a dumping ground for huge mounds of debris. Many times it is public apathy that encourages such people to continue their pollution of spaces that rightly belong to the public.

When the sight was getting uglier by the day, Mr. Anwar Khan approached the Municipal authorities with his complaint. It took two months of follow up for them to realize that this was Municipal owned public property indeed. In spite of all the hurdles and heartaches and apathic attitude of people around, Anwar Khan was firm in his commitment to reclaim this space for public use. Anwar Khan’s consistent follow ups with the Municipality bore fruit and they finally sent JCB machines and lorries to the area. However, it seemed like an impossible task to clear the debris, and only the top layer could be somehow taken away.

That is when the team decided to flatten the area as much as possible, fill up some more mud on that and convert the place to a public garden! For 6-8 months Anwar Khan and his team, personally supervised the work of the municipal officials from 10 am to 6 pm. Green grass and many flowering plants and trees came up giving the environment some fresh air, in contrast to the heavy traffic, just outside the gate.

This Nakhuda garden is open from morning to night for people who want to take a break from their routine. A watchman hired by the municipality ensures that the place is not misused by unscrupulous people. All it took was the unshakable commitment of Anwar Khan who believed that public spaces must become available for use again by the public. Instead of being indifferent, if more citizens have this huge commitment to reclaim public spaces, then we can have more gardens in local areas for a cleaner and greener environment.