India’s Gets Its First Biofuel-Powered Flight by SpiceJet: Green Transport 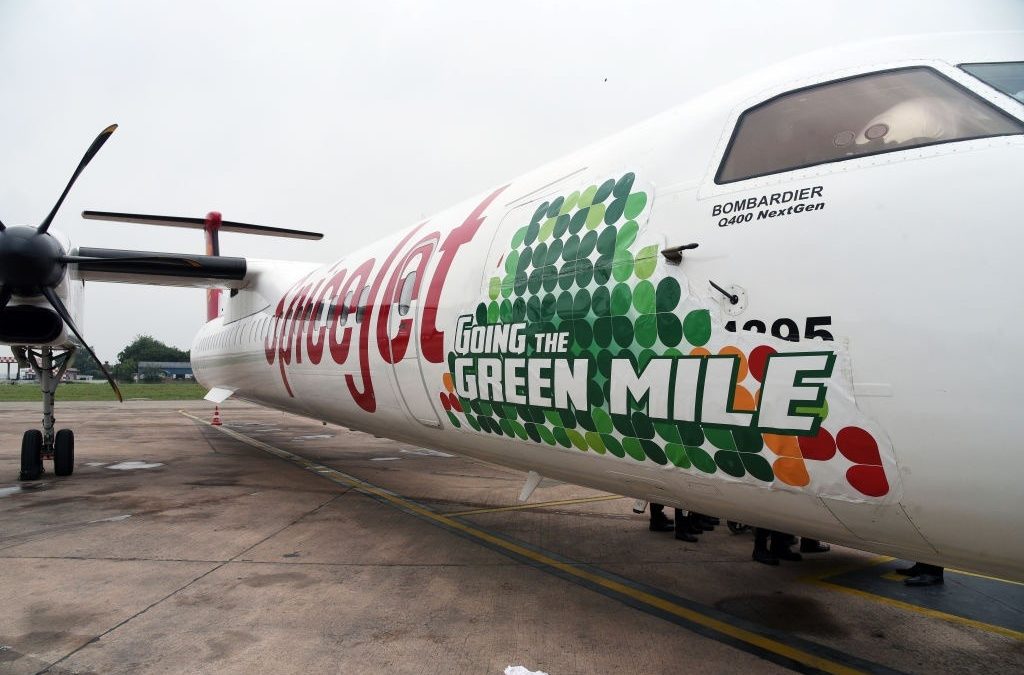 Airline SpiceJet has operated the first flight in India which is powered by biojet fuel. The test flight marks a new beginning in the domestic aviation sector. The 45-minute flight, from the city of Dehradun to the national capital Delhi has been carried out on a Bombardier Q400 aircraft and it was in part fuelled by biojet fuel which was made from the Jatropha plant. The information has been shared by a SpiceJet official. With the biofuel test flight, India now becomes one of the very few countries, and, perhaps the only one among developing nations to use biojet fuel for flying planes.

SpiceJet announced that it has operated successfully ‘India’s first biojet fuel flight.’ The development comes at a time when the aviation industry is struggling with spiraling fuel prices which are adversely impacting their profitability. Though it remains to be seen how soon the use of biofuel for regular flights can take place, it is a welcome development and needs to be adopted as soon as possible. The test flight carried 28 people, which included 5 crew members. The aircraft’s right engine was filled with 75 percent aviation turbine fuel (ATF) along with 25 percent biojet fuel, which was made from the Jatropha plant, the official statement said.

The fuel has been prepared by a joint collaboration of CSIR and the Indian Institute of Petroleum (IIP), in Dehradun. Director Anjan Ray of IIP says that about 330 kg of biojet fuel was prepared for the 40-minute flight and added that it was a “historic occasion.” SpiceJet Chairman as well as Managing Director Ajay Singh says India is the first among the developing countries to be able to fly flights that are powered by biojet fuel.

A SpiceJet release said that the advantage of using biojet fuel when compared to the ATF is that it cuts down on carbon emissions as well as enhances fuel efficiency. Civil Aviation Minister Suresh Prabhu says efforts are underway to have a consumer friendly as well as an affordable and environment friendly aviation sector. Road Transport Minister Nitin Gadkari says that the government plans a ‘special policy’ for biofuel use in the aviation industry. Petroleum and Natural Gas Minister Dharmendra Pradhan tweeted that: “Taking our biofuel mission forward @PetroleumMin will be bringing a new Bio-ATF Policy soon.’ As per Science and Technology Minister Harsh Vardhan, biojet fuel is carbon neutral and only “3 to 4 nations are using biojet fuel.” Minister of State for Civil Aviation Jayant Sinha concurred.

They also said that increased use of biofuel will benefit farmers and reduce oil import bill. Biojet fuel is low cost and also helps in significantly reducing carbon emissions. “It can reduce dependence on traditional aviation fuel by around 50 percent on every flight and cut fares,” said Ajay Singh. Officials from DGCA, SpiceJet, IIP were present as the flight was flagged off by Uttarakhand Chief Minister Trivendra Singh Rawat. The biojet fuel is recognized by the American Standard Testing Method (ASTM) as well as meets the specification standards of the company Pratt & Whitney and Bombardier for commercial applications in aircraft flying. As per the global airlines’ body IATA, the aviation industry contributes around 2 percent of total global greenhouse gas emissions.