National Energy Conservation Day: Pledge to save power for a green planet 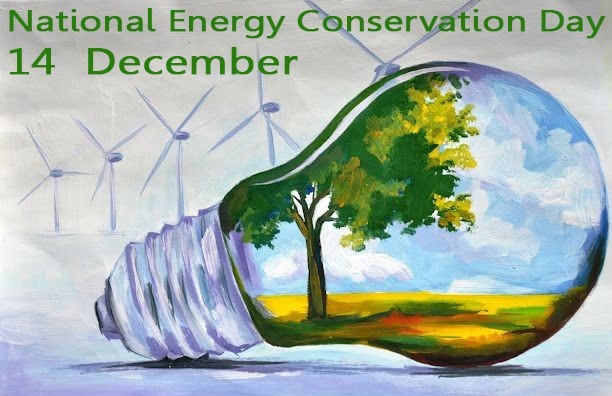 As India celebrates it National Energy Conservation Day, we all know that global warming and climate change are assuming drastic proportions with time. According to figures by NASA, temperatures globally have gone up by over 1 degree since 1880, whereas 9 out of the 10 warmest years ever recorded have occurred after 2000. In 2012, the Arctic ice shrank to its lowest level. Globally, sea levels are rising at 3.4 mm per year. The situation is bleak and remedial measures have to be taken in.

One of the ways in which can all contribute to the safety and health of our planet is through adopting energy-saving mechanisms. Currently, 67% of India’s power generation comes from thermal resources, one of the main sources of pollution. Millions of tons of coal is used to generate power that is often wasted. Power wastage rates in India are some of the highest in the world.

National Energy Conservation Day: We need a change in mindset

We need to understand that it’s not just the government which has to shoulder the responsibility of energy conservation. Each of us can make a difference through simple gestures like switching off plug points when not in use or not putting our laptops or mobile phones on charging throughout the night. From a housewife to a car driver to a boiler operator, each one of us can pitch in in our own ways for the well-being of the society and the planet by participating in some form of energy-saving measures.

There are government policies and incentives but they would not work if the initiative doesn’t come from civil society. Citizens and civil society groups need to come forward and pitch in in creating awareness. What is of paramount importance is a change in mindset. As much as we tend to think of the power crisis in India as a supply issue, the truth is that wastage is an equal, if not a bigger, culprit. Power losses in India are among the highest in the world.

According to the World Resources Institute, power losses in India are around 27%—the highest in the world. If we go by some other estimates, wastage could be as high as 40–48% as compared to the world standard of 8%. This means the loss of millions of tons of coal and billions of cubic meters of natural gas that were used to generate it and the concomitant pollution that resulted from its production.

If all that energy is saved, it could lead to a much safer and healthier Earth. Moreover, initiatives such as Digital India and Smart Cities won’t work if energy conservation is not made a priority.

“Smart cities also mean that everyone in the city has clean air to breath. High dependency on fossil fuels for transportation and power generation seriously threaten the air quality of cities. Air doesn’t have any boundaries; thus, emissions from hundreds of kilometers away can impact air quality in a city. So, it is important to reduce dependence on fossil fuels and conserve energy. Energy efficiency should be an integral part of the city,” says Nandikesh Sivalingam, Senior Campaigner, Greenpeace.

Over time, the significance of energy conservation will increase as fossil fuels start getting depleted and their deleterious effect on our environment assumes center stage. Global warming and climate change are sure to become major concerns for mankind.

It is now or never. Remedial measures have to be put in place before the crisis spirals out of control. While governments continue to host seminars and international conferences over the issue, each one of us has to pitch in to reduce our carbon footprint and save the planet by arresting the tide of planetary degradations.