How Brazil Uses Ethanol as Biofuel for Transport: Learnings for India 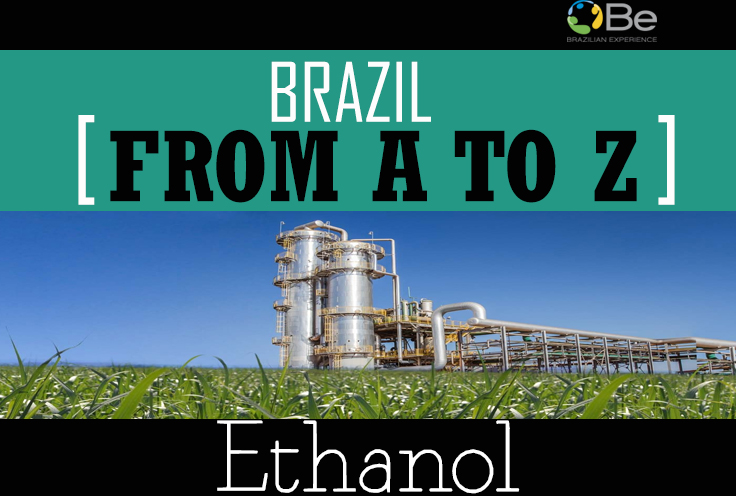 Brazil, being the second largest producer of Ethanol and a pioneer to successfully introduce this into vehicles is the best example to highlight the efforts undertaken by the government to decarbonise the transport sector using ethanol as fuel. Cane ethanol is one of the main sources of renewable energy and contributes almost 17% to the Brazilian energy matrix (UNICA, 2016). The introduction of this fuel has not only provided environmental benefits but also made Brazil energy secure.

The production of ethanol has gained pace since the introduction of flex fuel vehicles which provide consumers with a liberty to select the fuel based on their price. Currently, hydrous ethanol (E100) and anhydrous ethanol (E18-E27) is being used in the vehicles with their consumption reaching to 14585.8 and 11615.1 Million Litres respectively in 2016.

Price Parity between Gasoline A and Hydrous Ethanol
Ethanol pricing in Brazil is market driven and provides coverage to the production, transport and marginal cost across the entire supply chain. After realising that the pricing system does not include the cost of positive externalities provided by ethanol, the government decided to provide a tax differential by introduction of a CIDE tax in 2001 which was used to keep the price at fuel pumps stable. The CIDE levied on petrol has been varying since its introduction but that of ethanol was exempted in May, 2004 (Barros, 2017). Though the CIDE tax initially did not serve any purpose to boost the use of ethanol but it did help Brazil to overcome inflationary pressures in times when there was volatility in crude oil price or domestic gasoline production cost (Khanna & Madhu, 2017). CIDE therefore aimed to increase the profit of oil companies like Petrobas and not as a means to increase ethanol consumption. The competitiveness of Ethanol increased only when the gasoline CIDE tax after being removed in 2012 was again increased to R$ 0.10/Litre in 2015.
Table: Evolution of CIDE tax on Gasoline A

How Brazil ethanol as biofuel: Lessons for India

Price parity between Gasoline C and Hydrous Ethanol ICMS is another tax imposed by states which is responsible for creating a tax differential between Gasoline C and Hydrous Ethanol. ICMS ranges between 25%-31% for Gasoline A and 12%-27% for hydrous ethanol thus offering an advantage on consumption of hydrous ethanol (Aranha, 2015). The price ratio of ethanol to gasoline after including the taxes therefore comes to a minimum of 70% which is one of the major reasons to contribute to increased use of this fuel.

2. Tax exemptions on vehicles under Inovar Auto Incentive Program
The Brazil Inovar Auto Incentive program was started in 2012 in an attempt to increase vehicle efficiency, technology and safety. Under the program, an IPI tax which is a tax on industrialised products is imposed on light duty vehicles. This tax acts as an enabler to increase the sale of Flex fuel vehicles (FFV) in Brazil since they fall under lower taxation in comparison to petrol cars (International Council on Clean Transportation, 2013).
The program also provides an opportunity to users to reduce this tax by about 30% by increasing vehicular efficiency and imposing penalties on those who do not meet the efficiency targets. The incentive structure and strict compliance mechanisms have led to the growth of FFV’s in Brazil which has subsequently raised the demand for ethanol fuel.

3. Balancing the sugar and ethanol production
The production of sugar and ethanol is regulated by the government by establishing production quotas on mills. These production quotas are dependent on the regional demand of these products. The mills are not allowed to export sugar/ethanol till the national demand is fulfilled. Also, if the excess sugar is exported when the international sugar prices are high, the export incentive in that case is removed which allows Brazil to save money.
As opposed to India, Brazil has set sugar prices in line with that of Ethanol which allows sugar mills to fetch equal profits and provide limited discretion to mills for diverting cane towards a particular product.

4. Flexibility in Blending Mandates
Ethanol blending in Brazil ranges between 18-27% and the mandate has changed over time depending on the availability of feedstock and climate disruptions that have existed since long. Lowering the blend mandate in times when the feedstock production is low decreases the demand for fuel subsequently reducing price volatility which brings relief to sugar mills.

How Brazil leverages ethanol as biofuel: Lessons for India

How Brazil leverages ethanol as biofuel: Lessons for India