The Earth is Not Ours. Why Sustainable Development is a Must 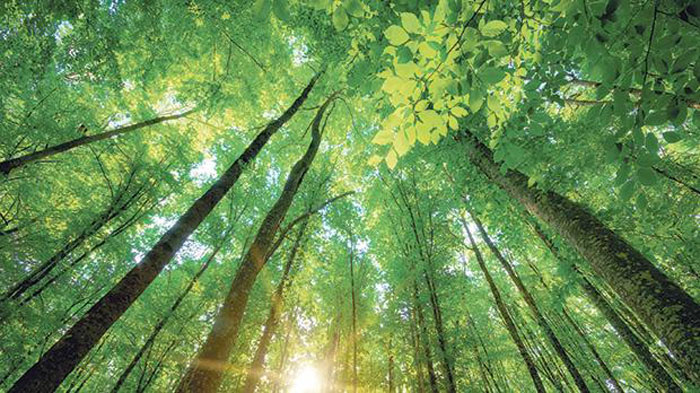 Humanity’s, relationship with Earth is fundamentally flawed. We do not really understand what we are doing on Earth and, as a result, appreciate even less our purpose on this planet. To my mind this ignorance of purpose makes our lives meaningless and is the reason why we blunder through life causing devastation. We are dangerously arrogant and just because we have understood some of the workings of life on Earth, we consider ourselves to be masters of this planet. This arrogance inhibits us from finding the answers and more importantly from asking the right questions.

We need to change our behaviour from ‘life taking’ to life giving’ at this crucial juncture in the story of this blue planet we call our home. We must urgently understand our place in this world. Our actions are guided by dysfunctional belief and governance systems that we have mostly created to soothe our fears and to suit our convenience. This is not a philosophical discussion by any means. It is an existential and pragmatic one.

We are one life form amongst millions of life forms that have evolved on Earth by natural selection over hundreds of millions of years. Evolution by natural selection is without a doubt the mechanism by which we humans came to be. This is proven and undeniable. Scientists are now as certain of this as the fact that the Earth is round and that it is the Earth that goes around the sun and not vice versa. The fact that all life on earth came to be by the process of evolution is today acknowledged and is empirically demonstrated to the same degree as the fact that it is a river that flows down to the sea and not the sea that floats up to the mountains. This does not diminish what we are – it is a home coming.

If I had to make an analogy I would say that we can compare humanity’s relationship with Earth to that of any other of Earth’s creatures. We are from the Earth and of the Earth. Our thinking that we are separate from, and can survive out of, nature is delusional.

The natural world that we know has also been created by the process of evolution. It is a physical impossibility for us to be separate from it. Our DNA is similar, and in some cases nearly identical, to that of other mammals. As recently as an odd 250,000 years ago, we were wildlife by any of today’s definitions. Our social order was similar to that of other creatures that we know today living in forests and oceans. 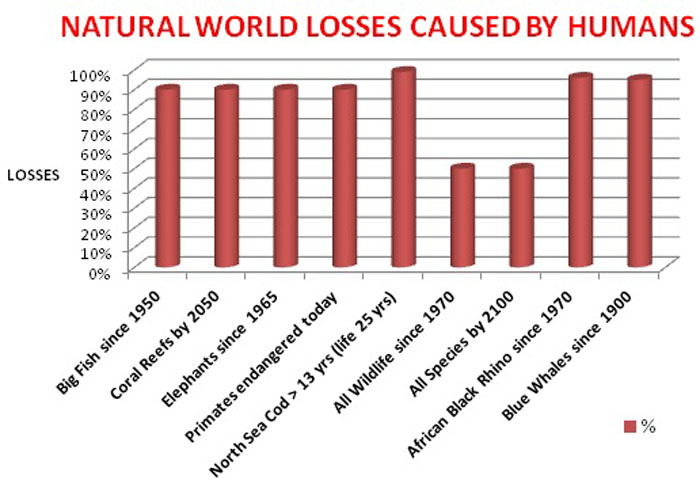 We humans, as all life forms, have a symbiotic relationship with each other and with our habitat. Habitats are full of life. They are biological in nature and constantly interacting. What affects one life form affects all others, to one degree or another. We live in a totally interdependent world and other marine and land based species are essential for our survival.

All species have their own social order and habitats that they call home, just like us. We now know that dolphins, whales, elephants and other mammals, play and use language (also with different dialects), have families, intelligence, emotions and thoughts. They are sentient and have self awareness. They feel pain and fear. Recent research has recorded fish communicating using sound – we call that language. In an Australian-based study, scientists followed 120 dolphins for five years to take a closer look at dolphins’ social lives. They found that there are homosexual and bisexual relationships within the dolphin groups – any of this sound familiar?

There is also collaboration between species. Sometimes a grouper pairs up with an octopus to catch smaller fish and the same pods of whales and dolphins meet up like old friends for an annual hunt. Wildebeest and zebras migrate together. Us humans, we just dominate, we are not able to collaborate with other species.

We have evolved to be at the top of the food chain not out of merit or because of any higher calling but because we killed, ate or enslaved the competition and destroyed their social order and habitat (home). To other beings on this planet we are akin to a poison that has no antidote. We spread across the planet motivated by our intellect and powered by our greed, leaving death and destruction in our wake.

The necessary change in the way we relate to other species will also bring a change to how we relate to each other. The collaboration vs dominance divide primarily exists within and between members of the human species – wars, exploitation of 3rd World countries and the dominance of the political elites and business lobbies are evidence of this. Understanding, solidarity and collaboration must prevail over ignorance, fear and dominance. This is the only way for us to embrace wisdom and to become more compassionate.

Humanity is relentlessly replacing the social order and homes of hundreds of thousands of other species with our own social order and with our concrete and tarmac habitat. This is wrong. Within human society only a few non human species can survive subjected to our tyranny or, temporarily, as they wait to become our food. We need to be careful. Nature is by no means benign and we are now already suffering the catastrophic consequences of our actions.

We have to acknowledge the fact that part of humanity wilfully justifies human indiscriminate dominance of the planet at all costs whilst another part appreciates that respect and collaboration between all species is the way to go. There is no time left for persuasion. The Earth is witnessing an irreversible mass extinction of species now. You can no longer sit on the fence. You need to decide on which side you stand.

It is time to ask the right question. Sit quietly and think of the rain and the sea that provide the water you drink; think of the air you breath provided by the oceans and trees; think of the food you eat that one way or another comes from the soil and its nutrients; think of the place you live in, that is made from rock and ores from Earth’s crust; think of the ground you are standing on, that is Earth’s crust; think of all the species on this Earth and the parents we shared with them hundreds of millions of years ago, and without which your biological body would not be standing here today; think of this oasis of life, Earth, in a solar system, afloat in a galaxy with 11 million suns, one is ours, amongst countless galaxies in the Universe, our only home, made friendly and hospitable for us by nature.

Think of your loved ones and what you wish the Earth, your country, to be for them – a world and social order based on fear and human domination or one based on compassion and collaboration with all other species. Now you know where you stand.

GreenUbuntu Evangelist David Marinelli was born in Malta in 1955 and is an accountant by profession. He is the co-founder of the environmental NGO, The Gaia Foundation, in Malta. He researches human ecology, wilderness as non human social order, sustainability, biodiversity and solutions to stop habitat degradation and extinction of non human species.