The true story of Pad Man who revolutionized women hygiene 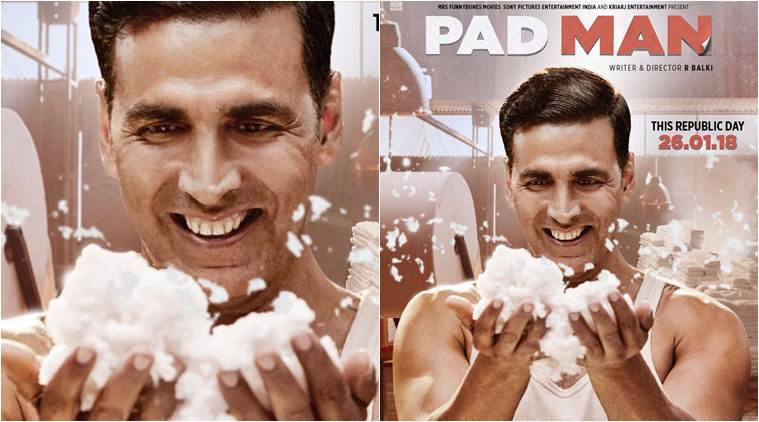 The film Pad Man is based on a true story, played by Bollywood actor Akshay Kumar. Bollywood stars Radhika Apte and Sonam Kapoor are the female leads in the movie. It takes inspiration from the life of Arunachalam Muruganantham, who is a Tamil Nadu-based social activist. He revolutionized the concept of menstrual hygiene in the rural parts of India through his efforts directed at creating a low-cost sanitary napkin machine. The film also take inspiration from the short story “The Sanitary Man of Sacred Land,” from Twinkle Khanna’s book, The Legend of Lakshmi Prasad.

Padman essentially revolves around the story of Arunachalam, the person who invented low-cost and affordable sanitary pads. It is all the more commendable that the innovation came from a man who was a school dropout and belonged to a poor family in South India. He has revolutionized menstrual health in other developing countries too through his invention. However, Arunachalam’s invention came at a substantial personal cost: he almost lost his family, money as well as his place in the society.

How did the Pad Man journey start?

In 1998, Arunachalam was newly married and lived with his wife, Shanthi, and his widowed mother. One day, he saw Shanthi hiding something from him. He was shocked to discover that they were rags or clothes that she used during menstruation. When Arunachalam asked his wife why she did not use sanitary pads, she said that if she bought them, she would not be able to afford milk or even run the household.

‘It all started with my wife. I will be honest. I would not even use it to clean my scooter,” Muruganantham has told BBC. Wanting to ease the troubles of his wife, Arunachalam went to town to buy a sanitary pad. The shopkeeper handed it to him hurriedly, as if it were something illegal. Moreover, after he feeling it in his hands, he started wondering why it was so exorbitantly prices. He was surprised why 10 grams of cotton, which cost 10 paise, should be sold at Rs. 4, almost 40 times the price of the material. He decided that he could make them cheaper.

He then made a sanitary pad from cotton and started getting volunteers to try his product. Initially, he was astonished to find that women hardly used it in the surrounding villages. In fact, the figures were fewer than 1 in 10. His findings were correct. According to a 2011 survey by AC Nielsen, which had been commissioned by the government, it was discovered that just 12 per cent of women in India used sanitary pads.

Arunachalam was even more surprised to find that women do not only use old rags but also other unhygienic substances like leaves. Also, women who did use cloths find it embarrassing to dry them in the sun, so that they don’t get disinfected. Around 70 per cent of reproductive diseases in India are due to poor menstrual hygiene and is responsible to a large extent for maternal mortality.

However, his experiments yielded little results. That was when he decided to wear it himself. He created a uterus from a football bladder through punching holes in it and filling it with a goat’s blood. Due to his efforts, he was even ostracized by his society. Even his wife left him.

“My wife gone, my mum gone, ostracised by my village – I was left all alone in life,” recalls Arunachalam, inventor and social entrepreneur.

Muruganantham wrote to big manufacturing companies to find out how they made their product as his own was unable to match up with them. He even got the machine just to find out that it was expensive to make pads through it. He needed to design his own. After 4 years, he created a low-cost method for making sanitary pads. First, a machine breaks down hard cellulose into fluffy kind of material, which is then packed and wrapped in non-woven cloth and disinfected through an ultraviolet treatment unit. However, Arunachalam wanted to create user-friendly machines and technology. He kept the machines simple so they could be maintained by women.

He invention was backed by the IIT in a competition for a national innovation award. Out of all the 943 entries, his came first. He was awarded by then President of India, Pratibha Patil. It took him 18 months to build around 250 machines. He took them to the poorest states of North India: Bihar, Rajasthan, Madhya Pradesh, and Uttar Pradesh. Most of his clients are NGOs as well as women self-help groups. The machine costs Rs. 75,000. Each machine convert thousands of women to pad usage and also provides employment for around 10. They are able to make 200–250 pads a day, which sell for around Rs. 2.5 each. There is no brand: It is by women, for women, and to women.