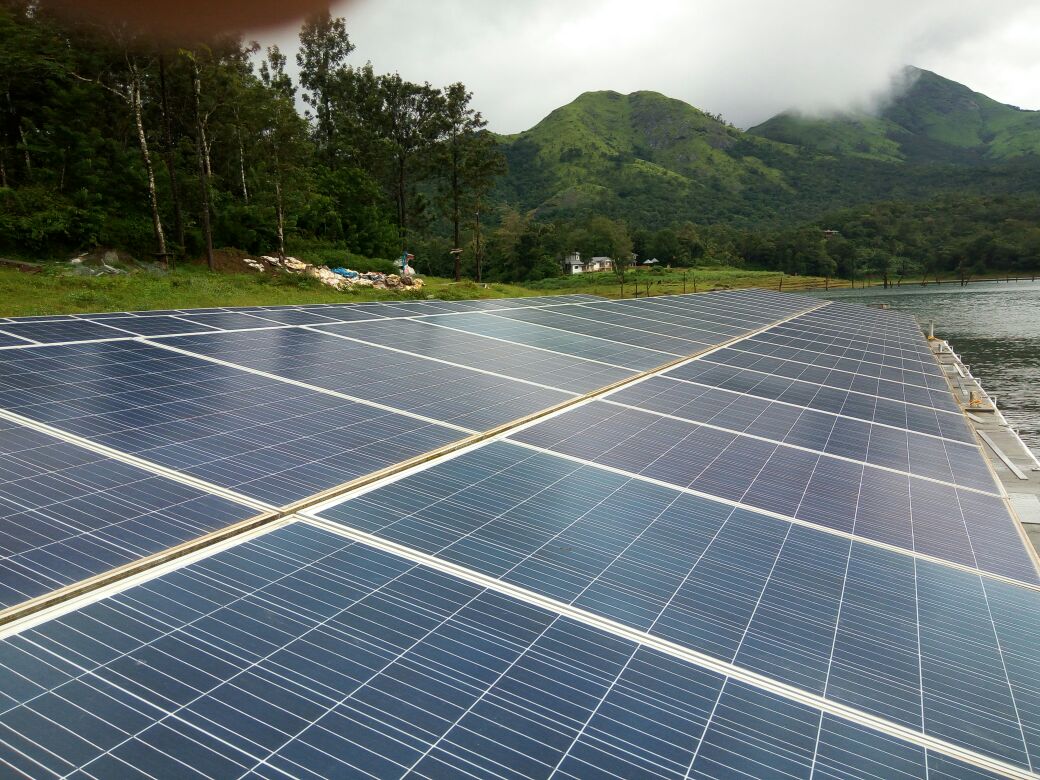 India’s largest floating solar power plant has been installed on the Banasura Sagar reservoir in the Wayanad district in Kerala. The 500-kWp (kilowatt peak) floating solar plant of the Kerala State Electricity Board (KSEB) has been put up on 6000 square meter of water surface. The Wayanad project is part of the Kerala Government’s plans to ramp up power generation through renewable energy sources as is being done in other states of India.

Kerala Electricity Minister M M Mani tweeted a photograph as well as the details of the power plant. He tweeted: “India’s largest floating solar plant located in Banasura Sagar reservoir in Wayanad, Kerala, is all set to start operations.#Floatingsolar.”

Solar power panels are put up on floating boards which hold them together. The innovation saves land that would have otherwise been used to install it. It has also been found to be more efficient than the land solar farms. Moreover, such power plant uses lesser energy than the traditional solar farms as seawater acts as natural coolant.

“Such systems are emerging as alternative to conventional photo-voltaic systems, which are land intensive. It has benefits such as conserving water through reduction of evaporation, increased generation due to the cooling effect on the panels and requires less installation time than conventional ones,” says National Thermal Power Corporation.

Earlier this year, another floating solar power plant was set up at Kayamkulam in Kerala. The 100 kWp solar project was indigenously developed and was a part of the ‘Make In India’ program at the Rajiv Gandhi Combined Cycle Power Plant (RGCCPP) in Kerala’s Kayamkulam district.

Solar power and renewable energy boom in the world

Recently, China has put up the world’s largest floating solar plant in Huainan city, Eastern China. The 40-MW plant is installed on a used reservoir and is close to the city. The floating power plant has been connected with a grid.