Rohingya Muslim Refugees Face Monsoons and Disease: Will They Make It? 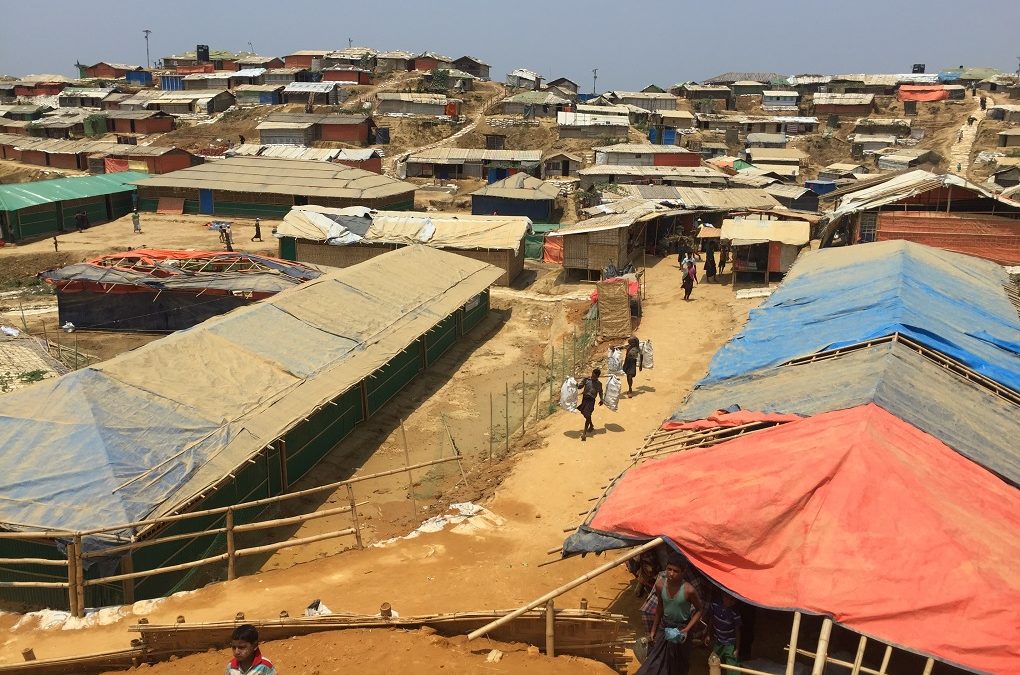 Seasons change but lives of Rohingya Muslim refugees, camped on the hills of Cox’s Bazar in Bangladesh, continues to be a struggle. Water remains a permanent source of woes. In dry season, they struggled to get water in order to survive. In wet season, they are struggling against monsoon rains as well as problems which come along, such as lethal water borne diseases like diarrhea as well as cholera.

Since August last year, around a million Rohingya Muslim Refugees fled Myanmar (Burma earlier) after a violent crack-down by the state security forces in the Rakhine state. About 700,000 are in refugee camps in Bangladesh’s Cox’s Bazar, where they have joined their compatriots, who had fled from the previous rounds of violence.

Despite having temporary shelter, the Rohingya Muslim refugees face more disasters as monsoon rains have arrived (June–September). Heavy rains are a nightmare for Rohingya Muslim refugees living in the hills, particularly in Cox’s Bazar, where thousands of acres of land with rich vegetation had to be cleared in order to make room for the Rohingya refugee camps. This has made the area a hot bed of land slides.

Since 11th of May, 34600 people are affected by weather-related incidents, says the Inter Sector Coordination Group’s latest report. This includes 4200 people displaced, 34 people injured and 1 person killed. Aid agencies say those numbers would increase significantly as rains continue. According to the estimates by Unicef, 200000 Rohingya refugees face threat from flooding as well as landslides during the monsoons this year.

Spread of disease during the Monsoons haunt Rohingya Muslim refugees
Lack of hygiene is a problem in camps with many people living cramped in small areas. As a result of it, when there are heavy rains, dirty water flows into and contaminates sources of ground water such as ponds, ditches, and tube wells. Diarrhea related diseases are common in refugee camps, with more than a million cases reported between January 1, 2018 and June 3, 2018. With onslaught of monsoons, the onslaught of diseases is bound to grow.

According to HumanitarianResponse.info, 5000 out of 6500 tube wells are functional in the refugee camps. But Rohingya claim the number is lower. Drinking unsafe water may lead to diarrhea as well as cholera in short term, and jaundice and liver cirrhosis in the long. Cholera is more dangerous as an outbreak can turn into epidemic.
Executive director of BRAC Muhammad Musa says: Every day, we collect 100 water samples and examine them in local BRAC laboratories.” As partner of the Bangladesh government, BRAC staff vaccinated 170000 people for cholera since the past year.

World Health Organization (WHO) launched the second phase of cholera vaccination campaign in Cox’s Bazar to cover 1 million people from Rohingya as well as host communities.

“We prevented a cholera outbreak through our first vaccination campaign in October last year. But flash floods, heavy rains, and land-slides damaged water and sanitation facilities in camps, increasing risk of a cholera out back again,” says Edouard Beigbeder, Unicef representative in Bangladesh.

In the first phase of vaccination drive in October–November, WHO covered 900,000 people from the Rohingya Muslim refugees as well as the host communities.

Written by Mohammad Al-Masum Molla, who is a Dhaka-based journalist