Hydropower in the Himalayas: economics which are often ignored 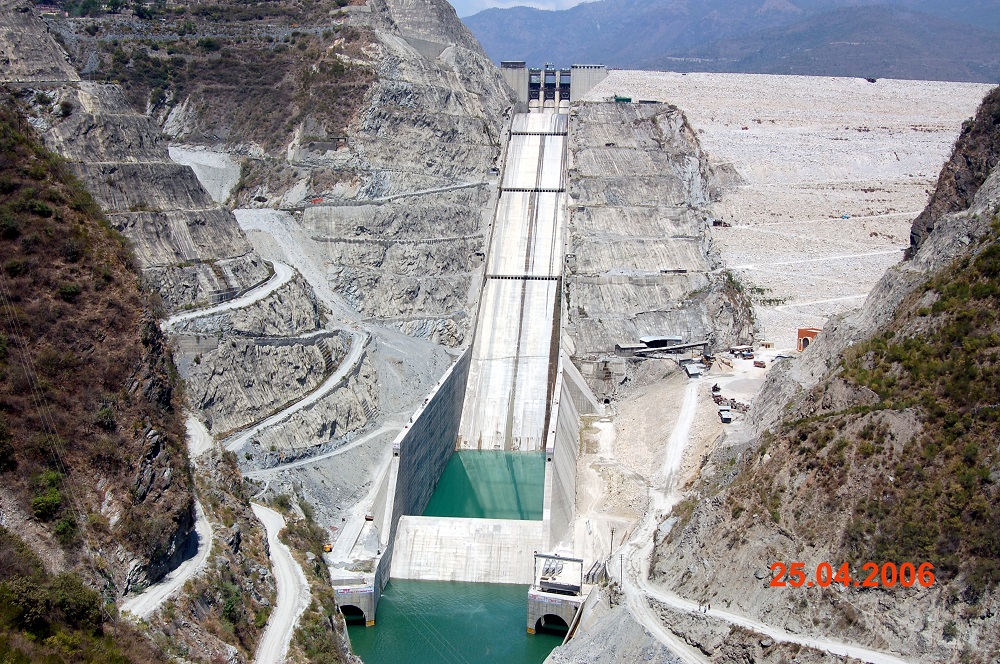 Of all Himalayan nations, China has made the most progress toward hydropower development. This has been driven by three major factors. Firstly, China has insufficient reserves of fossil fuels to meet the needs of its growth aspirations. The ongoing (13th) 5 year plan places substantial emphasis on increasing domestic consumption to promote consumption led growth of economy, marking a shift from the previous regime of export led growth. This is associated with large scale urbanization. Hence, energy demands are going to increase. Secondly, with government’s aspirations to achieve energy independence, the hydropower can play a big role in energy policy of fossil-fuel deficient economy. Thirdly, concerns of global warming and climate change, and concerns raised under COP create the imperative toward less carbon-emitting sources of energy than the fossil fuels. Though China’s potential hydropower capacity is estimated at 600 GW, technically exploitable and economically feasible capacity is 500 GW. Therefore, there is considerable potential for hydro development.

In South Asia, however, hydropower potential has barely been tapped. Despite India’s tremendous potential in hydropower – fifth in the world – hydropower accounts for merely 12 per cent of the total generation as compared to thermal power’s contribution of 70 per cent. This shows marginal role of hydropower in the Indian economy. On the other hand, other Himalayan nations such as Nepal and Bhutan boast of hydropower potential due to perennial nature of rivers and steep gradient of topographies. Yet, even they haven’t been able to develop substantially their hydropower potential.

The first concern in the hydropower sector is to do with its business economics. In a large number of instances over the Hindu Kush Himalayan stretch, viability of these projects has been in question and private players are exiting due to their inability to break even within planned period. This has been recently witnessed in case of Jammu and Kashmir State Power Development Corporation, which has been bleeding with losses. It is allegedly stated that surplus power produced in other projects has reduced market price of hydropower, with proposed selling price being 2-3 times of market price.

Yet, one needs to recognize this aspect is demand-driven. Because fossil fuels rule the roost by meeting 70 % of energy needs of the country, deficit demand for hydropower prevails. Over time, however, this may be a temporary phenomenon as India may have to search for cleaner sources of energy and hydropower will be a contender.
The second concern related to lack of hydropower growth is “transaction cost” issues, as the neoclassical economists put it. This is related to invisible barriers to entry into the business. Delays in forest and environmental clearances have been allegedly stated as one of the major reasons that create apprehensions and entry barriers. Again, project execution on tough terrain of Himalayan rivers makes it difficult for developers to build plants. What adds up transaction costs are illegal constructions in floodplains, eviction of people living there and resettlement, and rehabilitation projects. In situations where resettlement and rehabilitation aren’t proper, social conflicts occur that result in escalating social costs. This has been prevalent in cases of Subansiri low dam over the Brahmaputra and Tehri dam in Uttarakhand, where improper rehabilitation led to conflicts.

The third element is related to concerns of uncertainties from perspective of climate change and global warming that affects hydrological regimes. This uncertainty is a knowledge gap – one of “known unknowns” – with which hydropower projects are operating in the Himalayas. Often, reductionist neoclassical cost-benefit analyses don’t take this aspect into account in the models. A comprehensive assessment across 5 major river basins in Hindu Kush Himalayan region by the ICIMOD (2015) reveals that: (a) temperatures across mountainous Hindu Kush Himalayan region will increase by 1–2°C (in places up to 4–5°C) by 2050; (b) monsoon is expected to become longer and erratic; (c) precipitation across Hindu Kush Himalayan region will change by 5 per cent on average and up to 25 per cent by 2050; (d) rainfall becoming less frequent but more intense and is likely to keep increasing in the intensity; (e) glaciers will continue to suffer mass loss.

However, despite the growing attention to assess vulnerability of freshwater to global change, basin wide assessments on impacts of climate and land use change on freshwater availability remains limited. The Kedarnath flashflood in Uttarakhand (June 2013) made many hydropower projects initiators realize the perils of not taking extreme events into consideration during prior planning.

The fourth concern which adds to costs is related to a knowledge gap with respect to tectonic and seismic sciences in the Himalayas. Most projects haven’t taken into consideration this crucial aspect of capacity of structure to withstand high-intensity earthquake. Despite widespread popular belief floated at one time that Tehri Dam is earthquake-resistant, there is no assurance it can withstand earthquake measuring more than 8.5 on the Richter scale: the maximum probable event in the region. The situation is no different in other parts of Himalayas, with projects in the north-eastern parts of India. Multiple projects of Nepal and Bhutan are no exceptions either.

Multi-purpose projects can be used for flood cushioning, storage facilities in hydropower reservoirs upstream, and generate employment. There are anticipated influences and implications for other sectors such as service, transport and tourism. Despite, one needs to understand broader ecological costs these projects impose (Bandyopadhyay et al., 2016). Prime among these is alteration in flow regimes affecting the downstream ecosystem. What get affected are ecosystem structures and functions, and eventually ecosystem services. The issues missed out are losses in ecosystem services that are often not valued or not factored into cost–benefit analyses.

A recent account in thethirdpole.net suggests how mindless construction of successive hydropower projects over the Teesta River in Sikkim has killed the river. One of the reasons that are behind the decline in dry season flows and consequent water conflict between India and Bangladesh is existence of over 25 hydropower projects in West Bengal and Sikkim (Ghosh, 2017). This is another social element of cost that traditional models fail to incorporate. Though these projects claim to be “run-of-river,” in practice most of them have “pondages” during dry flows and store water for a number of hours during the day, with turbines running for only a few hours. This makes investment unviable, with several private players now exiting them.

A holistic economics of hydropower

Hydropower initiatives require useful analysis of net benefits considering long-term tangible and intangible gains and losses, including costs imposed on ecosystems. Embarking on a large hydropower project in the Hindu Kush Himalayan region is fraught with a range of technical and nontechnical challenges, mainly due to threat to socio-economic resources, biodiversity, and potential downstream threats and impacts, including impact of seismic activity. The protests against hydropower projects in northeast of India have been related to downstream impacts, with no efforts visible to address issues adequately. Environmental Impact Assessment (EIA) reports, accepted by Ministry of Environment and Forest for projects in Arunachal Pradesh (like Lower Subansiri, Kameng and Siang hydropower projects), are often alleged as inadequate (see Menon and Kohli, 2009; Menon et al., 2003).

Participation of all stakeholders in decision-making, safety of locations, focus on environmental security, availability of power grid system, international transmission routes are some major issues pertaining to hydropower generation in Himalayas. Any project in this region should ensure that elaborate technical investigations, covering all pertaining aspects, are carried out to allay apprehensions and put in place foolproof mitigation measures of unavoidable, yet reconcilable impacts, including ensuring security of socioeconomic activities, livelihoods, and the environment, including water and food isn’t jeopardized. A licensing system for hydropower projects, as practiced in Switzerland and the USA, can be good mechanism to ensure implementation of mitigation measures to safeguard the environment and people from any possible harm.

Development of small hydroelectric projects, wherever feasible, should be priority. They benefit villages by job creation, monetary compensation, including other priority activities such as safety and livelihood security. In several instances, at the local levels, these are being argued as better options, and hence deserve examination although in a limited monetary picture, it may appear less profitable. The current models of cost–benefit analysis are narrowly based on reductionist neoclassical thinking and are inadequate. A holistic ecological economic approach is needed from an integrated approach prior to embarking on hydropower business in the Himalayas.

Nilanjan Ghosh is Senior Fellow and Head of Economics at ORF; and Senior Economic Adviser at WWF India. He can be reached at nilanjan.ghosh@gmail.com. First published on thethirdpole.net