Man-Animal conflicts on the rise in Assam: Elephants of India 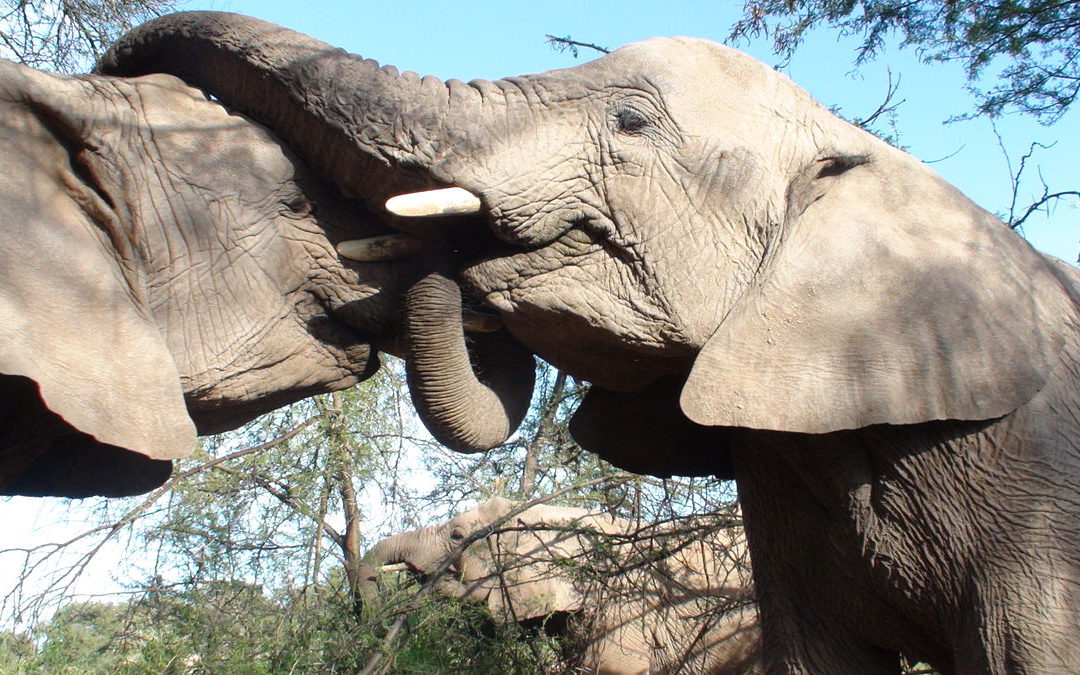 (Oh daughter of elephant! You are the wife of a Brahmin. You wear a golden bangle on your wrist and carry your sorrow like those heavy water pots all the time with you)

These are the initial few lines of a folk song that has been sung by generations of mahouts (elephant riders/keepers) of Assam. The folk song is about a Brahmin’s wife, who has been deserted by her husband for a rich man’s daughter. One day, a big herd of thirsty elephants comes to the river and finds that the river water has turned salty due to the tears of the sobbing woman. The elephants hear out her story and then take her with them to the elephant kingdom in order to make her their queen.

As a matter of fact, Assamese folklore is replete with elephant songs as well as stories which celebrate the bonding between elephants and mankind. However, this beautiful relationship has undergone a big change in the present modern times. Today, elephants and human beings have seen a shift in the roles of a predator and a prey, with man most often being more predatory.

Greenpeace wildlife campaigner Rachel Pearlin says: ‘Man–elephant conflict has been on the rise in the past 10 years in both the northeast and central India. We are invading their habitats. It is the same for other animals too.’

In the past decade, hundreds of elephants got killed in Assam. Scores died in accidents. Others were killed due to electrocution. Several died of starvation or due to floods. On the other hand, Assam Forest Minister Pramila Rani Brahma says that 770 persons were killed due to wild elephants in 22 districts in the period. Once upon a time, Northeast India used to be home to more than 10,000 wild elephants. That is around 25 per cent of the world’s entire elephant population. However, over half of elephant habitats of the region have been lost since the year 1950.

Coordinator of WWF India’s Elephant Conservation Project Hiten Baishya says that the population of Asian elephants is showing a decline. According to the elephant census of the year 2012, there were 5,620 elephants in the state of Assam. For example, in one such tragic incident, 5 wild elephants got killed when a train hit them near a tea garden in the Sonitpur district. One of the elephants was pregnant, and its dead calf had to be extracted. Such cases of human–animal conflict are increasing in Assam and are a cause of concern for wildlife bodies and conservation lovers alike. Due to large scale deforestation and construction, pachyderms have lost natural habitats and often stray on paths that are prone to dangers.

‘Elephants are considered “endangered” as per Wildlife Protection Act (1972),” says Baishya. “Habitat loss fragmentation and degradation and loss and blockage of movement corridors are the main threat(s) for elephant population.”

Elephants of India losing their paradise

Can you imagine a golf course in the midst of elephant kingdom? Actually, there is no need to imagine it. It already exists. Built by the Numoligarh Refinery inside the international elephant corridor in the Telgaram area is a golf course which is proving to be the death of elephants.

A 2 kilometer stretch of the golf course ‘wall’ or fence has razor sharp barbed wire. The golf course is spread over 5 acres in an area that has been marked by the environment ministry as a ‘No Development Zone.’ In April 2015, four elephants died of starvation, while six were killed as they tried to bulldoze the wall that was built by oil refinery management to cordon off the golf course.

The corridor is home to around 110 elephants. “Earlier, elephant herds used to visit at night looking for food and water and returned to the hills before daylight. Now, the wall blocks their way to the sources of food and water,” says a Kaziranga National Park official.

‘Assam government needs to intervene and take action,” says Dr. Jahan Ahmed of Wildlife Trust of India. The Numaligarh Oil Refinery is not isolated in disturbing the ecosystem of elephants in Assam. Several other entities too have broken the 1972 Wildlife Act.
Here are the other few instances:

* As many as 35 polling stations were put up inside the Sonai Rupai Wildlife Sanctuary at Dhekiajuli in the Sonitpur district during Assembly polls in 2011 and 2016.

* An Army firing range is being put up in the region.

* Construction of a high wall for a government-supported Bamboo project in the Karbi Anglong on Assam–Nagaland border in an elephant corridor.

* Inside the Kaziranga as well as Manas National Parks, a number of hotels as well as tea gardens are being set up.

* Construction of NH-38 bypass in Assam without mandatory forest clearance.

* Municipal bodies dump waste in Dehing–Patkai Wildlife Sanctuary
Forest Minister Pramila Rani Brahma has no answer whether action would be taken against companies that are violating wildlife laws.

‘Man–animal conflict is the result of rampant destruction of forests,’ said Brahma. ‘Animals have been compelled to stray into human habitations in search of food and space. We are trying to save forests by making them encroachment-free but people should cooperate.’

Elephants of India find themselves in the hotbed of conflict

The Assam Forest Department data shows that a total of 245 humans and 146 elephants were killed between 2001 and 2014 in man–animal conflicts on the border between Assam and Bhutan. Let’s tune in to this beautiful story of bonding between man and animal.

On a winter morning in early 2014, Jit Munda was in the jungle and collecting leaves for puja near a tea estate in Badiapara (in north Assam’s Udalguri district close to Bhutan border). Suddenly, out of thin air, a wild male elephant appeared and struck Munda with his trunk as it trampled his right leg, breaking the thigh bone. More wild elephants appeared and a female elephant charged and butted away the male attacker from the hapless Munda.

‘She tapped on my back with her trunk as she fought, as if signaling me to stay down,’ remembers Munda. ‘Maybe a human had once been kind to her, given her food or got her out of trouble.’

Munda took 6 months in order to walk again but he just cannot forget his ordeal that day. He is more fortunate than his other 86 fellow human beings, who were killed by wild elephants in the past 5 years in Udalguri. In the same period, poison, electrocution, and pits have killed around 36 elephants.

‘Such encounters are increasing day by day because of destruction of elephant corridors on Assam–Bhutan–Arunachal border,’ says wildlife conservationist Jayanta Das. ‘Small tea gardens of politicians and certain social organizations in forests have posed serious threat to elephant habitats.’

As per the Forest Department data by the year 2014, 50 percent of the reserved forest land on Assam–Bhutan border in the Udalgiri district had been encroached upon, and forests have been cleared. The government is still to pull down the wall constructed on elephant corridor by Numaligarh Refinery and order review of several concerns and notifications on green issues raised by the NGT as well as other environmentalists.

At the recent World Sustainable Development Summit 2016 in New Delhi, Yuri Afanasiev, the UN Resident Coordinator and UNDP Resident Representative in India, said: ‘We are the first generation to end poverty, but last to save environment.’

Northeast India is quite well endowed as far as natural resources are concerned. However, conflict, insurgency, geographical isolation, and migration have led to lack of opportunity for the government to take up development that is sustainable. As a result, we now see a future when the songs that have been such an integral part of Assamese would sound like stuff of fantasies.

The article was first published on newslaundry.com