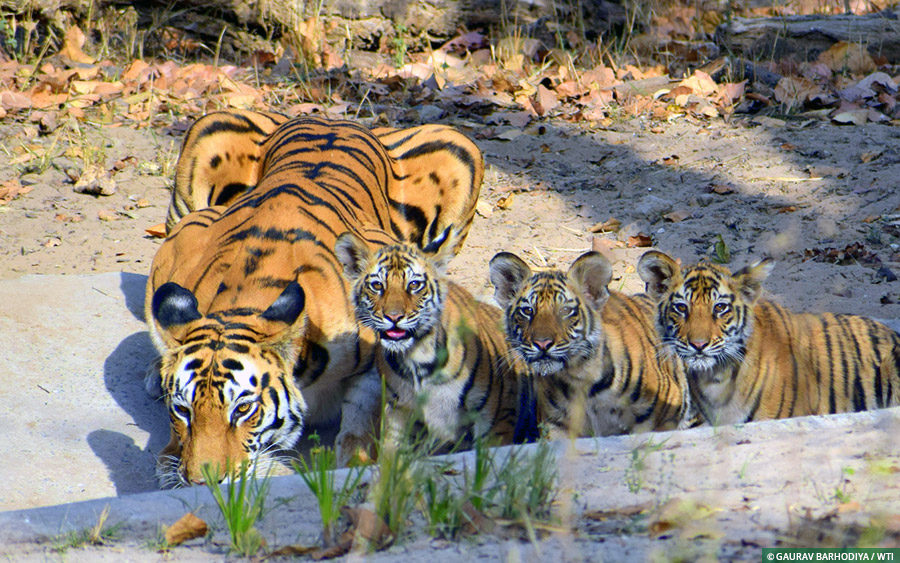 Some good news for tiger and wildlife conservationists at this International Tiger Day. The Royal Bengal Tiger is thriving as well as multiplying at the Rajiv Gandhi Orang National Park (RGONP). This national park has the highest density of tigers, which is higher than that of the Kaziranga National Park, at around 35.44 per 100 square km. Ranger officer Chakrapani Rai ball parks the tiger number in Orang at 28. He adds that the number could be higher since not all the tigers in this park have been counted. Rai, fifty year old, is a wildlife veteran, having spent half his life in the forest reserves. He has spent the past five years in Orang. He knows the tiger reserve quite well. Rai says that he is on guard round the clock.

“You do not know when your day starts, and when and how it could end. Life in jungle is unpredictable,” he says, adding: “I have to ensure everyone is safe: animals and guards and ensure poachers don’t poison tigers.”

RGONP is spread over more than 78.81 sq km and straddles the Darrang and Sonitpur districts of Assam. The closest city is Tezpur. The park has dense vegetation, full of pelicans and kingfishers, the black-necked storks and pintails, rhinos, elephants, hog deers, leopards, civets and Royal Bengal Tiger.

“Tiger of Orang is native to this reserve,” says Rai. “They don’t move out, although a corridor connects Orang to the Kaziranga.”

Phase IV of All India Tiger Estimation Program of National Tiger Conservation Authority (NTCA) puts the number of tigers (in Orang) at 28, that is, 35.44 per 100 sq km.

“The actual number is higher because pregnant Royal Bengal Tiger goes into dense as well as safer places and the tracking cameras fail to capture them for a survey,” says Rai.

There are around 38 “forest camps” in the Orang Park. Camps are connected to a control room (CR). A guard posted in CR gets hourly updates from range guards of different camps. CR, in turn, keeps Rai updated. Rai travels in the park by a jeep. He travels to border areas to check animals have not strayed out of the park. However, there are places deep inside the jungle, where the vehicle can’t go. “I often have to use boat or water launch, trudge on foot or travel on elephant back. I travel alone.”

Before being made into a wildlife park, RGNOP was inhabited by the Orang tribe. Around a century ago, the disease kalazar drove the Orang tribe out. Forest guard Lankeswar Deka says that the Orang built 26 ponds.
In the year 2016, 3 poachers got convicted. Local population, mostly Bengali origin, employs poachers to kill animals. Poachers are Naga, Garo, Bodo, and Karbi. They have highly sophisticated weapons such as M4, 9 mm pistols, and SLR. It is difficult to fight poachers,” says Rai. “Only bravery of forest guards stand in their way. Rhino as well as Royal Bengal Tiger body parts are in great demand.”

On the occasion of International Tiger Day.